In 2007 Nassim Nicholas Taleb published “The Black Swan: The Impact of the Highly Improbable,” which details the nature of unexpected and very rare events. Shortly after that book came out the world experienced Global Financial Crisis, which came to be known as a “Black Swan” event.

As the ninth anniversary of the collapse of Lehman Brothers approaches in September, 2017 it’s timely to ask: Are more “unexpected” events likely to happen? 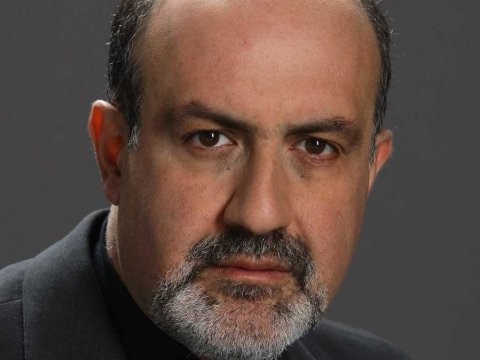 Technically speaking the collapse of Lehman Brothers and the Global Financial Crisis (GFC) are not “Black Swans”. The definition of a Black Swan is an event that is very rare (almost all swans are white) and unexpected. The GFC fails the meet the Black Swan standard on both accounts. Financial crises constantly recur in history — more like a white swan — and some people, including a small number of economists, expected a crash before the GFC.

You can watch a very interesting panel with Taleb and Daniel Kahneman, Nobel Prize Laureate, author of “Thinking Fast and Slow” and someone whose work is quoted in “When the Bubble Bursts: Surviving the Canadian Real Estate Crash”. Here’s the link to the panel video (59 minutes) on youtube.

One of the important observations from Kahneman’s book is that people underestimate the chances of rare events. Nobody expects a swan to be black. Here’s an analogy Taleb uses:

"Consider a turkey that is fed every day," Taleb writes. "Every single feeding will firm up the bird's belief that it is the general rule of life to be fed every day by friendly members of the human race 'looking out for its best interests,' as a politician would say.
"On the afternoon of the Wednesday before Thanksgiving, something unexpected will happen to the turkey. It will incur a revision of belief." 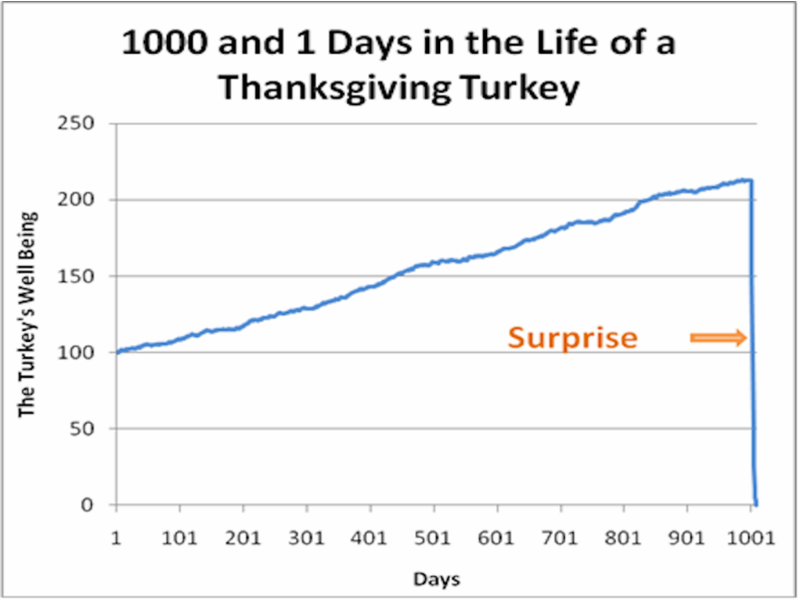 Now from the turkey’s point of view that’s a genuine Black Swan!

When the Black Swan of the GFC hit, most people were very surprised. Many large banks and insurance companies were bailed out; other smaller institutions like Lehman Brothers were allowed to fail. Most economies went into recession and a few, like Iceland and Greece, into depression.

Taleb received death threats from investment bankers who had lost everything after the collapse of Lehman Brothers. But he also became famous and joined the ranks of interesting thinkers because of his description of the theory of rare events.
Another example that Taleb gives is the September 11, 2001 attack on the World Trade Center. Everyone remembers where they were and what they were doing when they heard the news. It was the same with the assassination of President Kennedy on November 22, 1963. I will always remember exactly where I was when first learning of both events.

But the lead-up to the GFC was different from the demise of the Thanksgiving turkey, 9/11 and President Kennedy’s assassination. And that difference is profound. There were warnings about housing bubbles and associated financial system fragilities for several years leading up to the collapse of Lehman Brothers. And most people ignored those warnings because they didn’t want to believe them, or they didn’t bother to learn about them, or their livelihood depended on the continuation of the status quo so they engaged in “willful blindness”.
So today, in the summer of 2017 in Canada, are we like the turkeys who were happy with their human caretakers and enjoying life?

Or are we on the constant lookout for the next crack in the foundations of the financial system that we depend on, constantly scanning the horizon for a potential Black Swan and demanding that regulators do something to make the system safer?
There’s strong evidence in Canada, at least, that we are complacent in our view that Canada is immune to a Lehman-style event, as we pile up record amounts of debt to invest in housing and buy automobiles on credit, hoping for a mild correction in house prices.

It’s reassuring for Canadians that Thanksgiving is still several months away.