At the same time as OPEC struggles with a decision to extend the agreement to cut crude oil production the expansion of alternative energy sources is booming. One source in particular is gaining credence, at least in Europe.

Offshore wind power was once dismissed as too expensive.  But installations of this new energy source are growing rapidly and could be significant for electricity production sooner than most realize.

Wind power is intermittent and people complain about unsightly wind turbines. Some property developers — like Donald Trump at his golf resort in Scotland — go to extremes to avoid a new wind power installation near their property, as a wind farm offshore might threaten the property values. Trump called one wind farm proposal an “act of vandalism.”

But in spite of such sentiment the offshore wind business appears to be reaching critical mass and may be unstoppable. 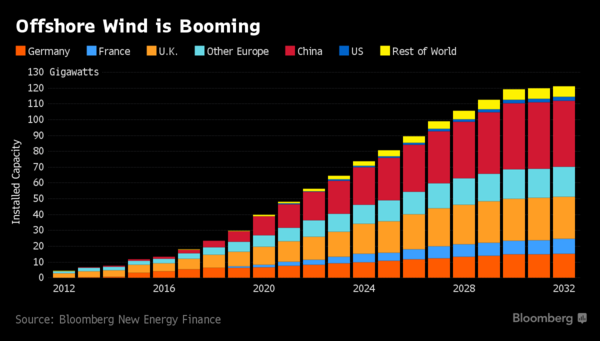 A typical coal-fired electricity plant is 500 megawatts, costing about $500 million. So the current installed capacity of offshore wind power at 130 gigawatts is equivalent to 260 coal-fired plants. Originally Europe was the area that installed the most capacity but China is catching up quickly. Many countries like China and Canada are committed to closing most coal-fired electricity plants. So alternative sources are needed.

The total installed base of wind energy systems, including onshore and offshore, is about 486 gigawatts as of the end of 2016, according to Vestas Wind. 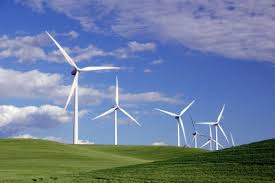 When people think of wind power they visualize turbines that are seen by the highways all over Europe and in some places in North America.

But the new installations of wind turbines offshore are several orders of magnitude larger.

As this article describes some producers are planning to go four times bigger to get cost advantages that will make subsidies unnecessary to compete with coal, natural gas and even nuclear. Offshore wind was traditionally about twice as expensive as land turbines. But new technological advances might bring that cost down.

The locations are often 80 kilometers offshore where there are no humans to object.

Each turbine could produce 15 megawatts, allowing a “farm” of just 33 turbines to equal one coal plant. This new and increased size is a few years away as current production peaks out around 8-9 megawatts per machine.

The leaders in this quest for size and cost reductions are Vestas Wind Systems, a Danish company and Siemens, the giant German conglomerate. Siemens has the edge in the larger offshore installations while Vestas was the overall leader. Siemens and Gamesa, a Spanish company, combined their wind power businesses under a new name, Siemens Gamesa Renewable Energy in April 2017.

Our clients hold both Siemens and Vestas as investments. I and some team members own these shares also. 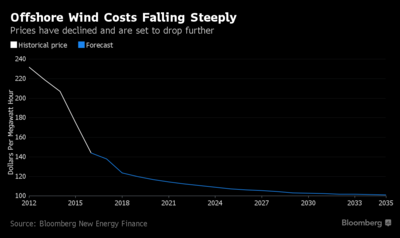 Even without subsidies these kilowatt hours could soon be competitive.

And the stock market is starting to notice the improvement in economics. Alternative energy companies are performing really well lately, according to Credit Suisse (April 21 2017 Renewable Roundup). 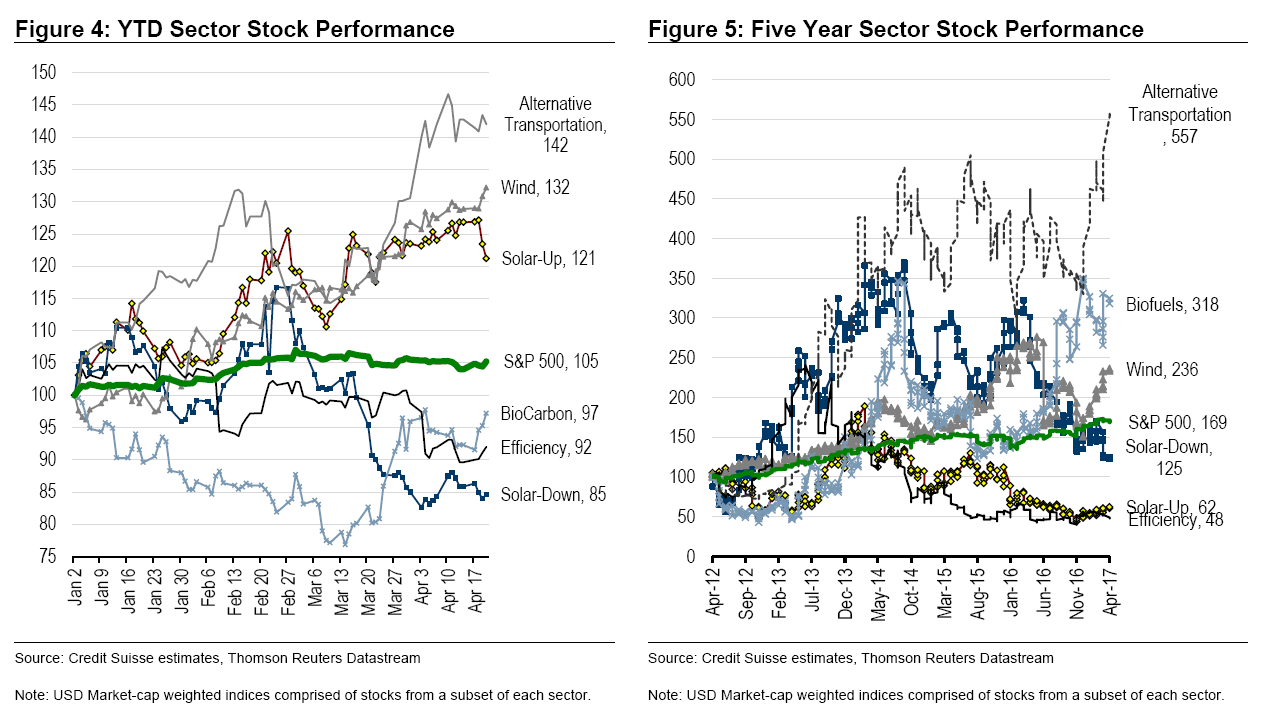 Wind energy is more than holding its own as an investment on the stock market. Vestas Wind has gained about 162% in three years and is up 26% year-to-date. But the company still trades at a reasonable price-to-earnings ratio of about 18 times, below the market average for large companies.

Offshore wind comes with requirements for very large capital outlays at the beginning while operating and maintenance costs are low. But in the U.S., projects such as Cape Wind, off the coast near Cape Cod, are stalled. While Europe moves ahead at full speed, North American wind energy is still mostly potential.

Many feel that it’s only a matter of time until the offshore wind movement hits this continent. 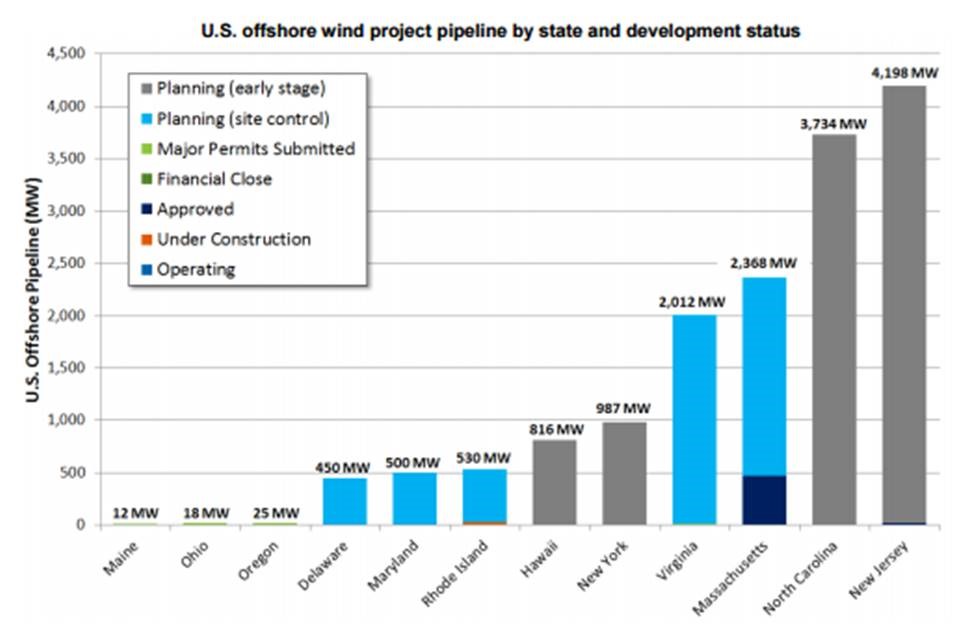 Only time will tell if offshore wind catches on in the U.S. But the rest of the world has already decided; wind energy is here to stay.