In “When the Bubble Bursts” I wrote about a 2012 conversation in Prague with an American advisor to ultra-high-net-worth families who saw London, England property as a good investment for her clients. At that time I questioned that strategy but, for a few years, that advice looked good.

Recent declines in house prices there are throwing doubt on expensive housing as a “store of value”, even in a city like London.

If prices falter in London, could there be any safe places in Canada to park capital in housing?

In September 2015, I wrote about London’s massive housing bubble and opined that it might be ready to burst.

As often happens I was early with that view. But the housing bubble is gargantuan there, as exaggerated as Toronto, if not Vancouver. And there are some cracks starting to show recently so it’s worth another look.

Here’s the Bloomberg article from 2015, suggesting a glut was developing.

But the price action continued for a time after that blog post as seen on the orange line for Britain:

In 2015 the Bloomberg article talked about a “glut”. Now, in a recent article from last week, the situation has escalated with people ‘desperately slashing prices’. Reductions of as much as 30 percent are observed. 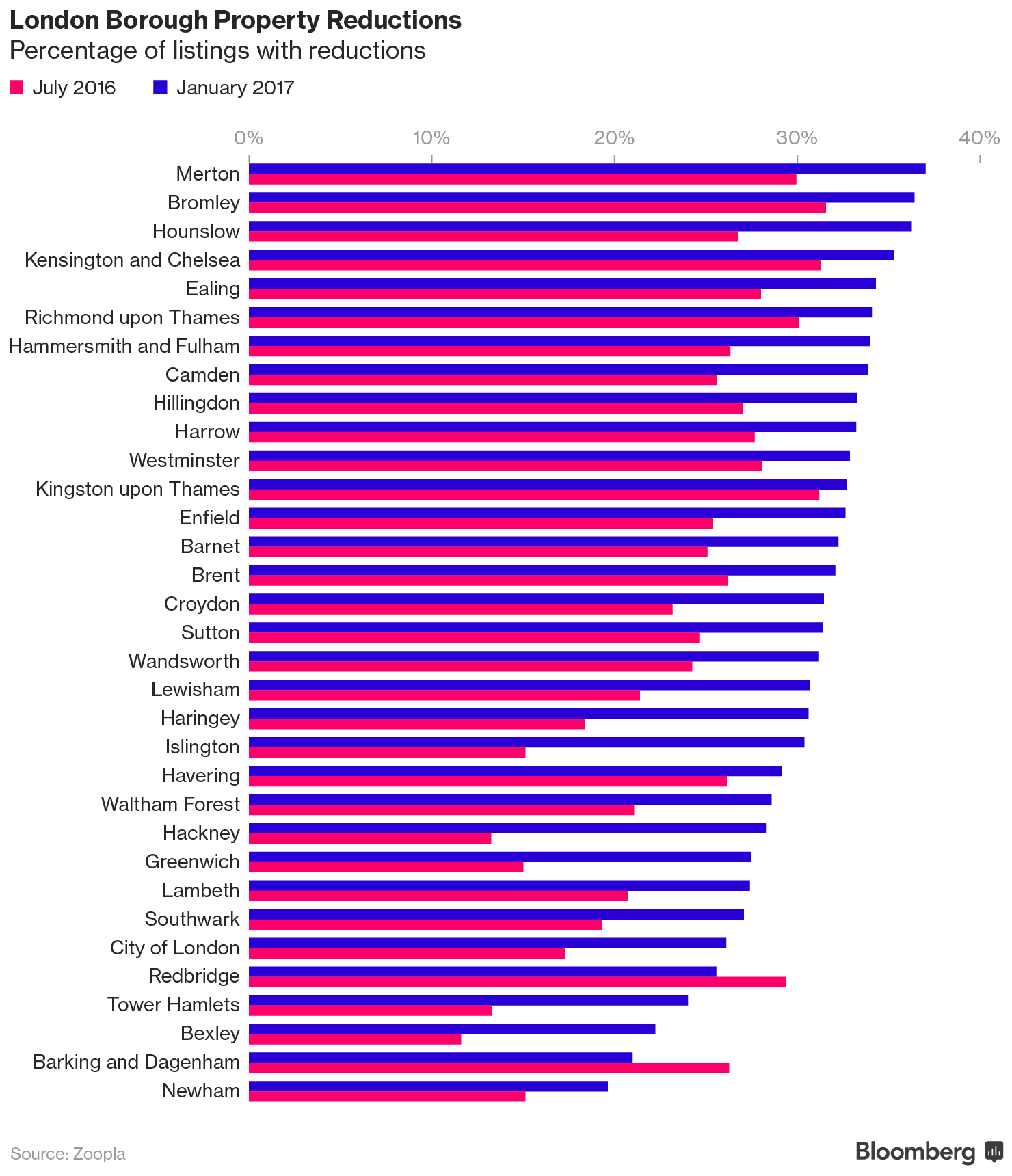 Why would this be happening now? Perhaps it’s a simple matter of basic economics that is summed up in one word — unaffordable. 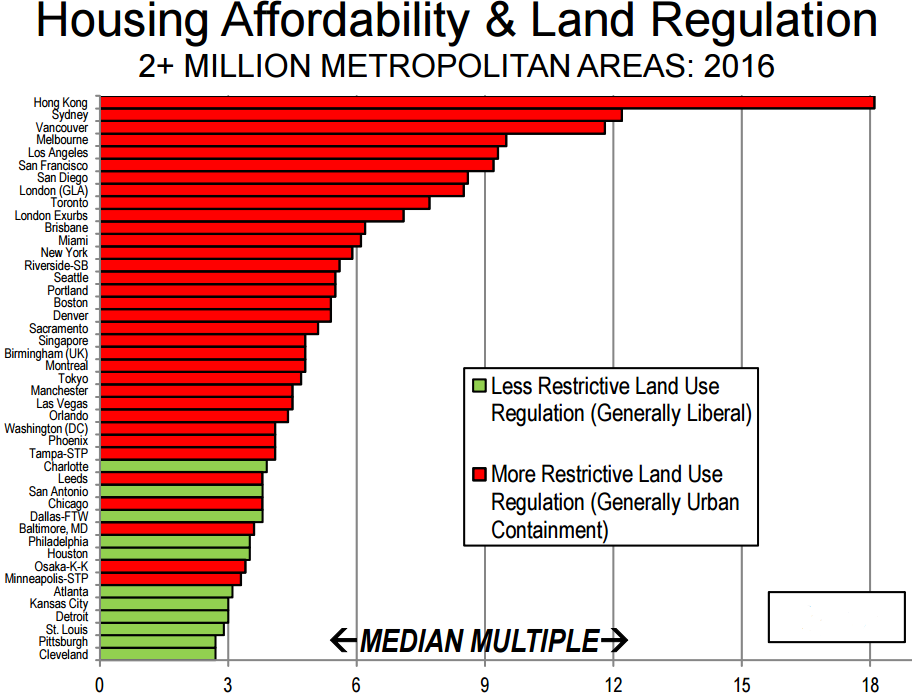 Recent reports from Demographia, a New Zealand-based planning firm, show that London is similar to Toronto, where the Price to Median Household Income ratio is 8 times, although not anywhere near Vancouver at 11.8 times or Sydney Australia at 12.2 times or Hong Kong at 18.1. (Demographia International Housing Affordability Survey 2017).

Demographia has London, England at 8.5 times, using their methodology.

If these “world class” cities were safe havens for international investors to park their money, why are Londoners desperately slashing asking prices?

Here’s an interactive graph from Bloomberg that shows prices changes by district.

Even with international investors and speculators, it turns out that affordability might still matter, and the local buyer is key to the market even in an international city like London England. The influx of Saudis and Russian oligarchs can keep prices rising for years, but eventually the people who live and work in a city must be able to afford to live there, or something will give.

If there were no borrowed money involved in purchasing that housing, prices wouldn’t be subject to pressure during a rise in unemployment or an uptick in interest rates or a crisis of confidence.

Or if lenders were never hit with new rules regarding mortgage finance from their regulators or mortgage insurers then that 1 million dollar loan for a home purchase by a young couple in their early 30s couldn’t disappear.

I’ve never been comfortable with the concept of such massive loans and have always believed that, sooner or later, sanity would come back to the lending market. If the lenders don’t return to traditional lending practices by themselves, perhaps governments will need to re-introduce a sense of prudence into the lending market, as the Canadian government has taken steps to do recently.

Only time will tell if the cracks in the London England property bubble are just a temporary setback in the long-term uptrend in bubble prices. Or the stories of desperate sellers slashing prices could be the start of the long-delayed correction that will return prices to normality and even affordability.

It’s worth watching London as it might be an “early warning system,” for large cities in Canada and Australia.