A potentially radical corporate tax reform is under consideration in Washington. But President Trump might choose this tax — called the “border-adjustment tax” — as it subsidizes exports and taxes imports.

This proposal, if implemented, would have a substantial effect on world trade, the U.S. dollar and U.S. corporations. Canada, as the largest trading partner, would feel the impact.

There is general agreement that major U.S. corporate tax reform is needed. For example, the U.S. is the only G7 country that attempts to tax foreign-based income of its multinational corporations. As a result, many former U.S. companies now reside in more favourable tax jurisdictions like Ireland.

One reform package that addresses this concern is being promoted by House Republicans. It’s called the “border-adjusted tax” or the “destination-based cash flow tax” (DBCFT).

Paul Ryan, Speaker in the House of Representatives, is pushing it as part of a major tax reform. 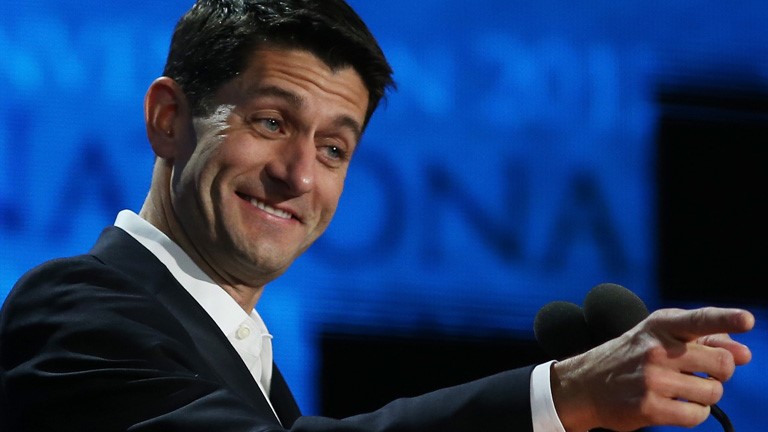 And Donald Trump has mused about it.

“There will be a major border tax on these companies that are leaving and getting away with murder,” Trump said on Wednesday, without elaborating. “You’ve got a lot of places you can move,” he added. “As long as it’s within the U.S.”

The Tax Policy Center, a non-partisan body explains it here.

The DBCFT “would effectively repeal the corporate income tax, currently levied at a 35 percent rate, and replace it with a new “destination-based cash-flow tax (DBCFT)” at a 20 percent rate for corporations and 25 percent for unincorporated businesses.  The new tax would be border-adjustable – taxing imports and exempting exports.”

“The DBFCT is an excellent way to kick-start the needed discussion”. 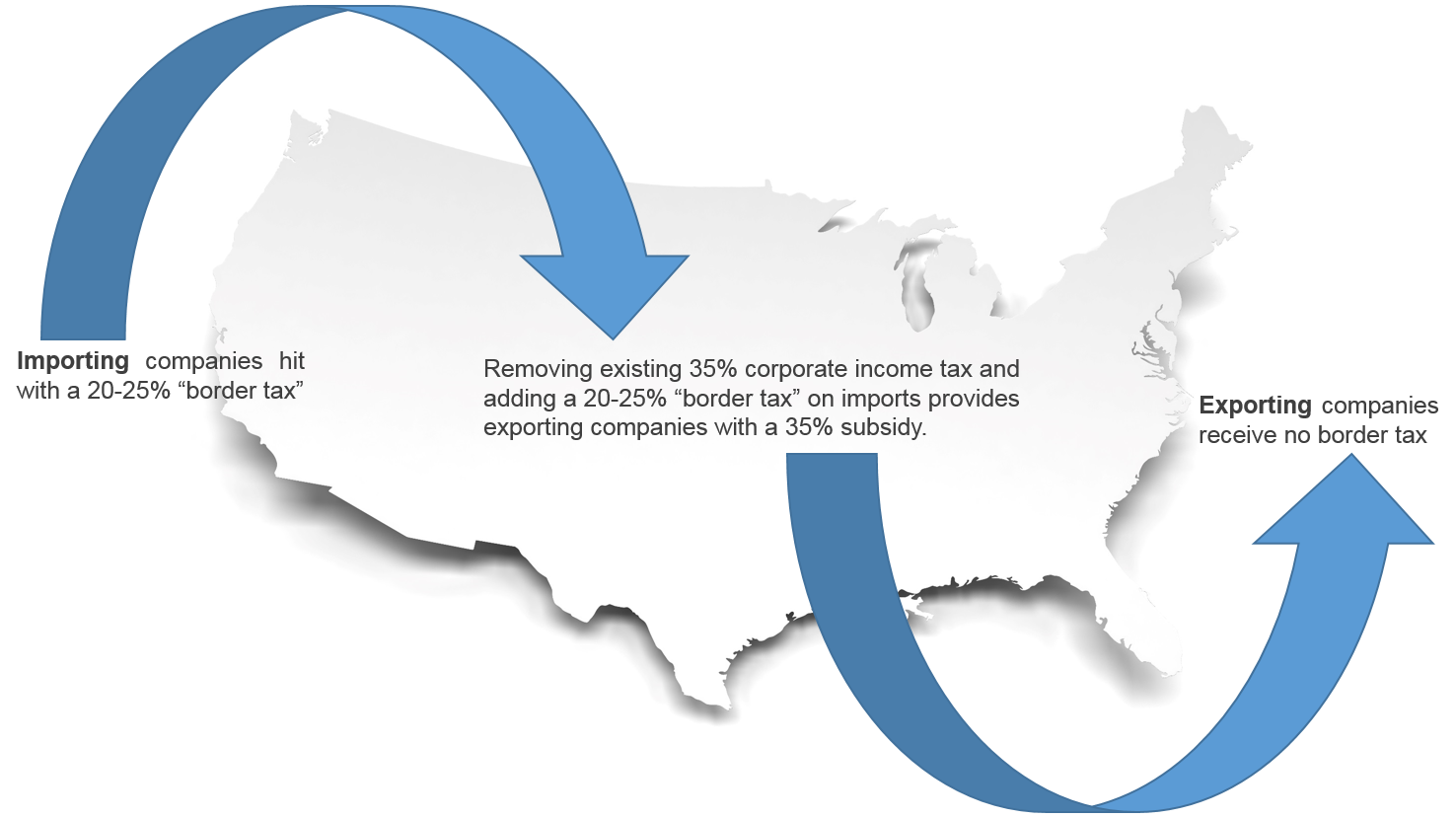 The DBCFT is designed to eliminate the current corporate income tax and introduce a simpler Value-Added Tax, while lowering the rate to 20 percent from 35 percent.

Many U.S. companies domiciled overseas would likely move their headquarters back to the U.S. to take advantage of the new tax environment. The immense bundle of cash that is sitting offshore would be repatriated. 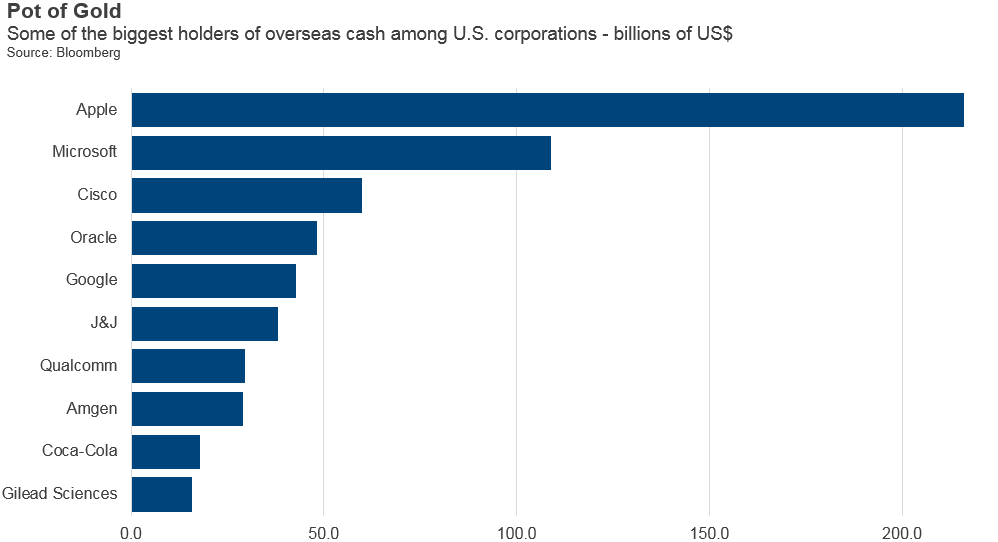 The $500 billion trade deficit that the U.S. experiences every year could shrink, or even swing to a surplus. At 20 percent the tax would earn about $100 billion, a cut in tax from the current $350 billion in corporate income tax.

Sid Verma of Bloomberg explains the positive effect on the dollar.

Some analysts expect the U.S. dollar to appreciate by as much as 25 percent, if this proposal is enacted. Inflation in the U.S. could rise and the Federal Reserve would raise interest rates. If the tax comes into force Treasury yields would go higher, according to BCA Research. BCA Research gives the Border-Adjusted Tax at least a 50% chance of becoming law, which is higher than most casual observers would guess.

What are the negative aspects?

A border-adjusted tax would be viewed by some as a massive protectionist move. Other countries would retaliate.

The U.S. dollar could soar, which can be harmful to the economy.

President Trump has expressed doubts about the reform.

President Trump told the Wall Street Journal recently when asked to comment on the Border-Adjusted Corporate Tax, “I don’t love it”, claiming that the tax proposal is too complicated.

The proposal might require approval by both the House and the Senate, which could be difficult to achieve.

But, in spite of the hurdles, the DBCFT has a chance of happening, in some form. For one thing, the optics are very good for President Trump and House Republicans.

Imagine the headlines when corporations in large numbers move their headquarters back to the U.S. to take advantage of the new tax regime. President Trump could take all the credit, alongside Speaker Paul Ryan and Congressman Kevin Brady from Texas, who pioneered the proposal. 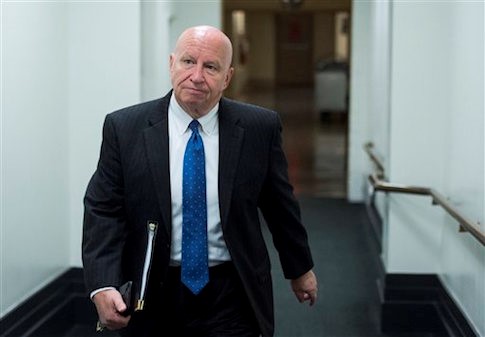 Don’t count it out.