Another OPEC deal and the price of crude oil soars about 10 percent from $45 to $50.

Several OPEC deals have been touted in the two years since 2014, when the oil price slide accelerated. From June 2014 at $105 to February 2016 at $27 crude oil measured by WTI crashed. Most deals fell apart.

Will this latest deal hold and will the price of crude continue to rebound? 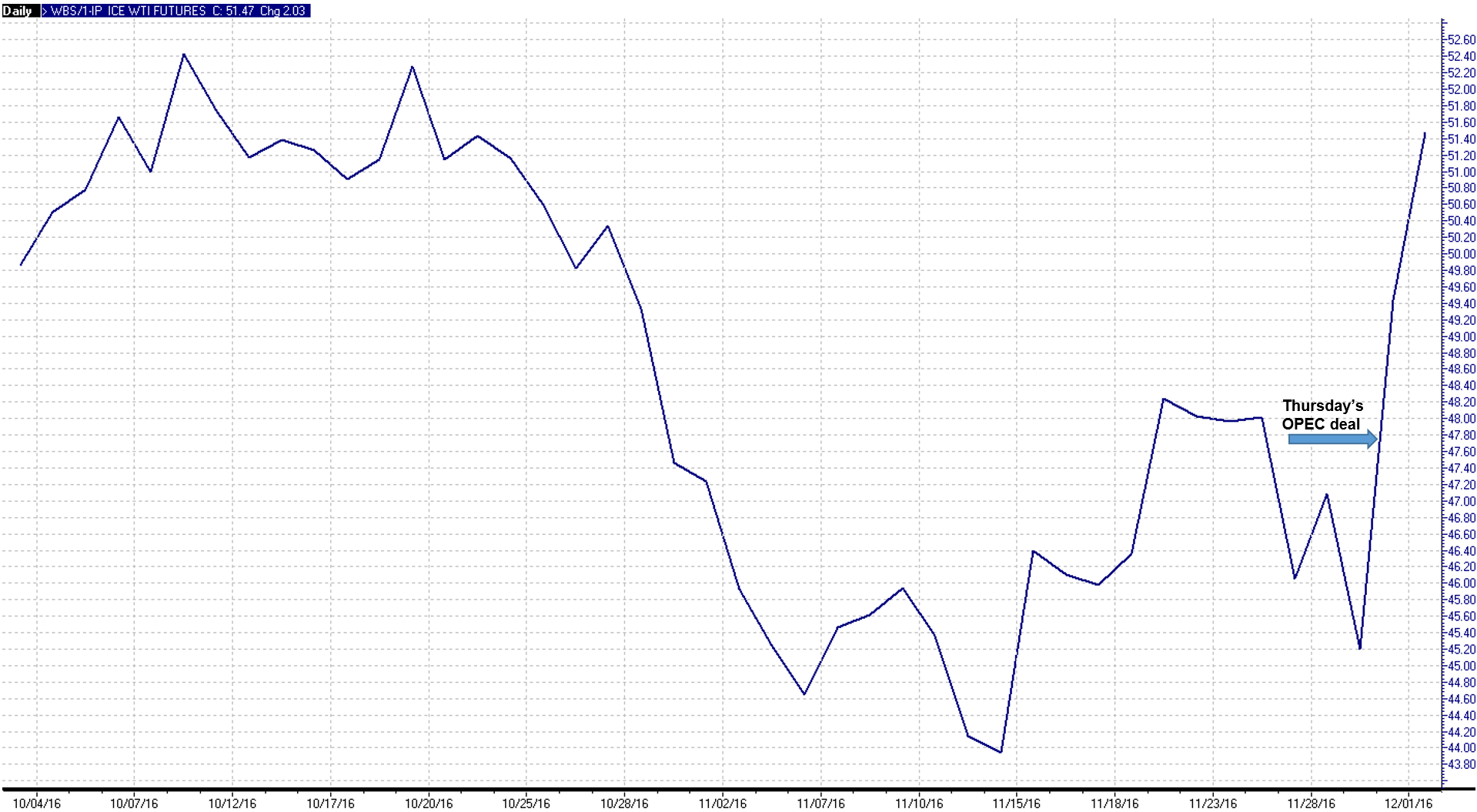 Once again the world markets buy into the OPEC story that supply will tighten and prices will rise.

But according to John Kemp at ThomsonReuters.com there are some issues:

The agreement provides for cuts of 1.2 million barrels/day (BPD) from OPEC members, led by Saudi Arabia, and a smaller undetermined amount from non-OPEC suppliers like Russia. Canada and the U.S. are not included in the deal.

The cuts only bring production back to earlier in 2016, since the production levels used as a base are at the record high October production statistics.

As well, Russia carries the second-biggest burden, after Saudi Arabia, by agreeing to gradually reduce its production by up to 300,000 bpd. Unfortunately, nobody was able to pin down Russia on the crucial benchmark production level that the cuts would be calculated from. Russia is nearing Saudi levels of production at more than 10 million bpd.

OPEC-founding-member Iran, the Saudi arch enemy which has scuttled previous agreements, changed its tune from previous meetings when it insisted on free reign to increase production. Iran’s argument was that it had suffered from sanctions for years and only recently has been freed up to increase sales. In order to agree to a cut, Iran negotiated a benchmark level of peak production going back to 2005, so the cut is 178,000 bpd from that high-water mark. So in reality Iran will be increasing production to about 4 million bpd.

Swiss-based investment bank Credit Suisse believes that the deal is the real and that it will significantly impact the excess supply of oil in the market. In their bull market scenario oil goes to about $75 by mid-2017, unless shale production grows quickly. If U.S. shale production rebounds, the price increase would be limited to about $60. 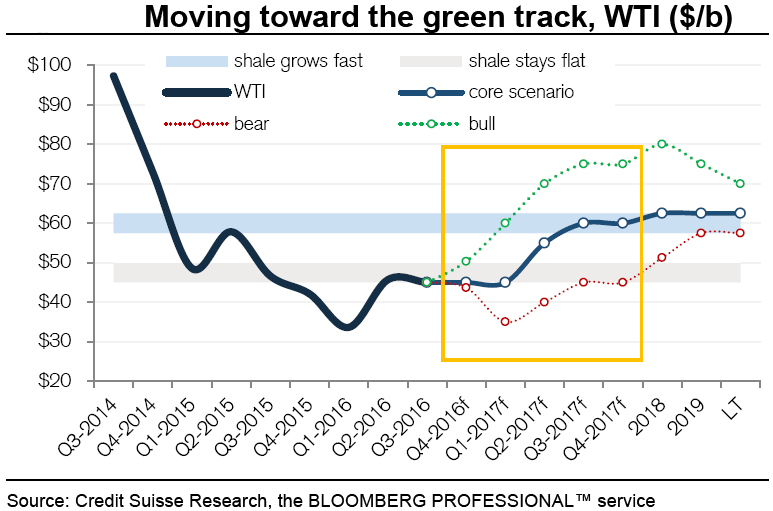 The flaw in this is obvious. Why would OPEC plus non-OPEC major producer Russia reduce their production so that U.S. shale and non-shale producers like Canada can increase production to prior peak levels of 9.5 million bpd in the U.S. and 4 million bpd in Canada?

In a Bloomberg story, Javier Blais, Bloomberg reporter, points out that Abhishek Deshpande, from investment firm Natixis in London, isn’t convinced that OPEC is back.

The agreement relies on self-compliance and commitments are weak, especially from Iraq and Iran. OPEC members don’t even agree on how to measure the size of production so cheating becomes quite easy to do, without any risk of getting caught.

The only OPEC member that has traditionally stuck to its quota is Saudi Arabia. The Saudis have borne the brunt of the cuts needed to get the market back into balance over the years. But back in 2014 they announced a change in policy and that if the price plummeted as a result of their reluctance to cut, that might be a good thing.

In a May 2016 article in Foreign Affairs, the author points out that oil left in the ground for more than 30 years might remain there forever, as the world shifts to a post-carbon era. For this reason Saudi production could be increased to take advantage of the current demand, even if the price falls as a result.

The fear of being stuck with “stranded assets” couldn’t have disappeared in the last six months. From that article:

So it’s correct to be wary of this latest agreement. The long term trend for oil prices is still down, and the survival of OPEC as a cartel is still very much in doubt.