Trumponomics is here, or it will be shortly. On January 20, 2017, Donald Trump will take over the Oval Office and will hold control over the direction of economic policy.

What do his threats to tear up trade agreements mean for international trade, the Canadian economy and the Canadian dollar?

We know what President-Elect Trump proposed during the campaign about trade and we can guess what policies are most important to him and what proposals are likely to get past Congress, if they need Congressional approval. We have observed which of his ideas seemed to connect the most with voters, as those plans are more likely to get enacted. And as a newly elected President with a “reality show” background, he would love a bold move that makes a big statement.

One of the most important hot-button issue is international trade, and Trump has stated that he will tear up trade agreements. Even new agreements that haven’t been enacted yet, like the Trans-Pacific Partnership have already fallen to the side of the road under pressure from the electorate. Trump gained credibility when he said that trade deals are bad for the U.S. and he would get a better deal for Americans. People in the Rust Belt states like Michigan voted for Trump, a Republican, when they have voted Democrat in the past. Trump will know that the anti-trade rhetoric helped him edge past Clinton in the electoral vote, if not the popular vote.

Michigan, as everyone knows, is right next to Ontario, Canada and there’s a very heavy two-way flow of trade across the Ambassador Bridge.

Could he actually tear up a trade agreement like NAFTA? This article provides some background.

The U.S. buys a lot more goods than it sells to the world, and Canada is one of its most important trading partners, along with Mexico. Although Canada runs an overall trade deficit it enjoyed a surplus of US$15 billion with the U.S. in 2015.

When it comes to NAFTA, all President Trump has to do is provide six months’ notice. Mexico and Canada would bear the brunt of the change.  No experts can confirm if the President can act alone in giving notice to end that agreement, but it’s a good bet that the market would believe that he’s serious. And there is precedent for unilateral action on trade.

On Sunday August 15, 1971 President Richard Milhous Nixon slapped a 10 percent tariff nearly on all goods entering the United States. And in 1972 Nixon won an election in a landslide, so increased tariffs can be popular with the voters. Of course in 1974 Nixon resigned in disgrace, but the reason wasn’t trade-related. 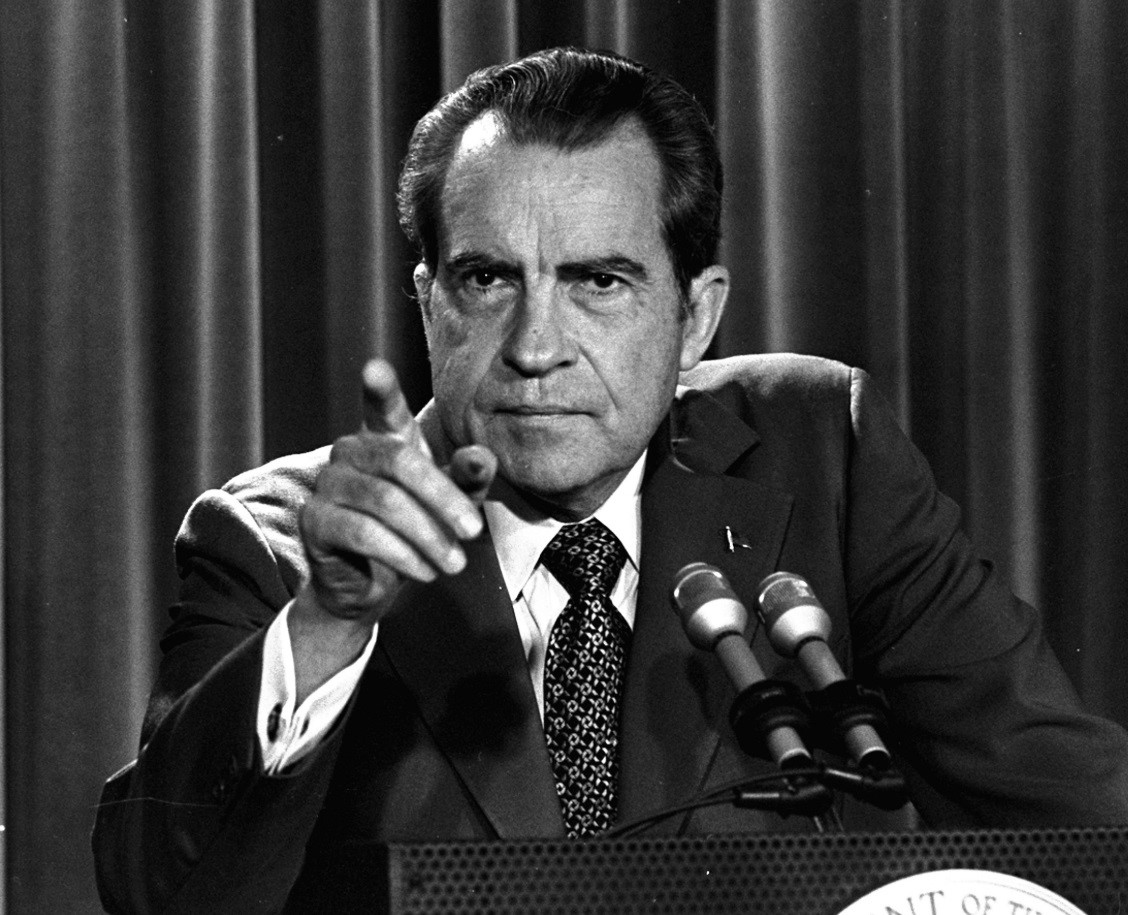 President Trump probably could tear up trade agreements and impose a Nixon-style tariff and it would be easier to implement than some of his other ideas like building a wall on the Mexican border and deporting up to 11 million illegal immigrants. And the Republican-controlled Congress are unlikely to block him on trade, even if they could, after seeing his success at the ballot box.

So investors should be aware that the new President probably will act on trade. It won’t matter to him that most of the lost jobs won’t be restored to the U.S. And Trump will ignore the fact that imported goods will become more expensive with higher tariffs, hurting low-income people more than the wealthy elite. Trump’s trade policy, if enacted, probably will lead to higher inflation and higher interest rates.

If Canada and Mexico are forced to accept a renegotiation of NAFTA, and they wouldn’t have much choice, one effect might be a further decline in the Loonie and the Mexican Peso. An adjustment of ten to twenty percent lower in currencies would help to offset the increase in tariffs and trade barriers, depending on what the final deal contained. A lower currency against the U.S. dollar would lead to higher inflation in Canada, too.

Could it happen? Who knows? After all, remember we’re talking about Donald Trump.