The weakest recovery since 1945

In a July post by Eric Morath in the Wall Street Journal, Morath pointed out that only three economic growth cycles have lasted longer since WWII and all of these were much more advanced at this point in their respective cumulative growth. According to an October MRB Partners report, the recoveries ending in 1961, 1980 and 1991 all peaked with gains of more than 20% from the bottom, adjusted for inflation.

The current expansion is less than 5 percent above its starting point, a fraction of the other three rebounds. 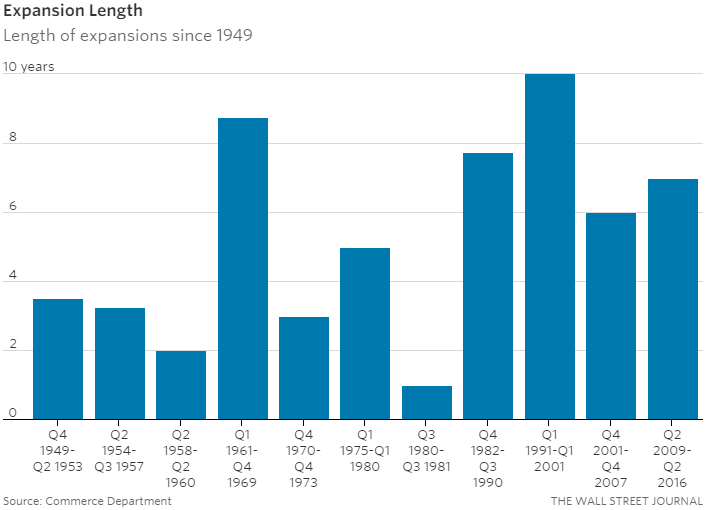 The most obvious cause of the 2008-09 financial crisis as described by The Economist “is the financiers themselves—especially the irrationally exuberant Anglo-Saxon sort, who claimed to have found a way to banish risk when in fact they had simply lost track of it. Central bankers and other regulators also bear blame, for it was they who tolerated this folly. .” Anyone that has seen the movie, “The Big Short” would probably agree with this assessment. It’s as good an explanation of the cause of the crisis as I’ve seen.

This chart shows a comparison between the recent period and the Great Depression. Using the risk premium of Baa credit over 10 year U.S. T-bills we can see that the deleveraging in the last nine years is significant, although not as brutal as in the 1930s. Part of the reason for that, or perhaps all of the difference is in the attitude of government bailing out banks and large corporations in 2009 to mitigate the damage. In the 1930s the government was more passive and let banks and corporations fail.

But not all of the weakness can be attributed to the household sector. Another sector has been weak for most of this period — business investment. Businesses have used any excess capital they generate to pay increased dividends and to buy back shares, so there’s been little or no growth in investment. But that period of sitting on their hands may be about to end, according to BCA Research. 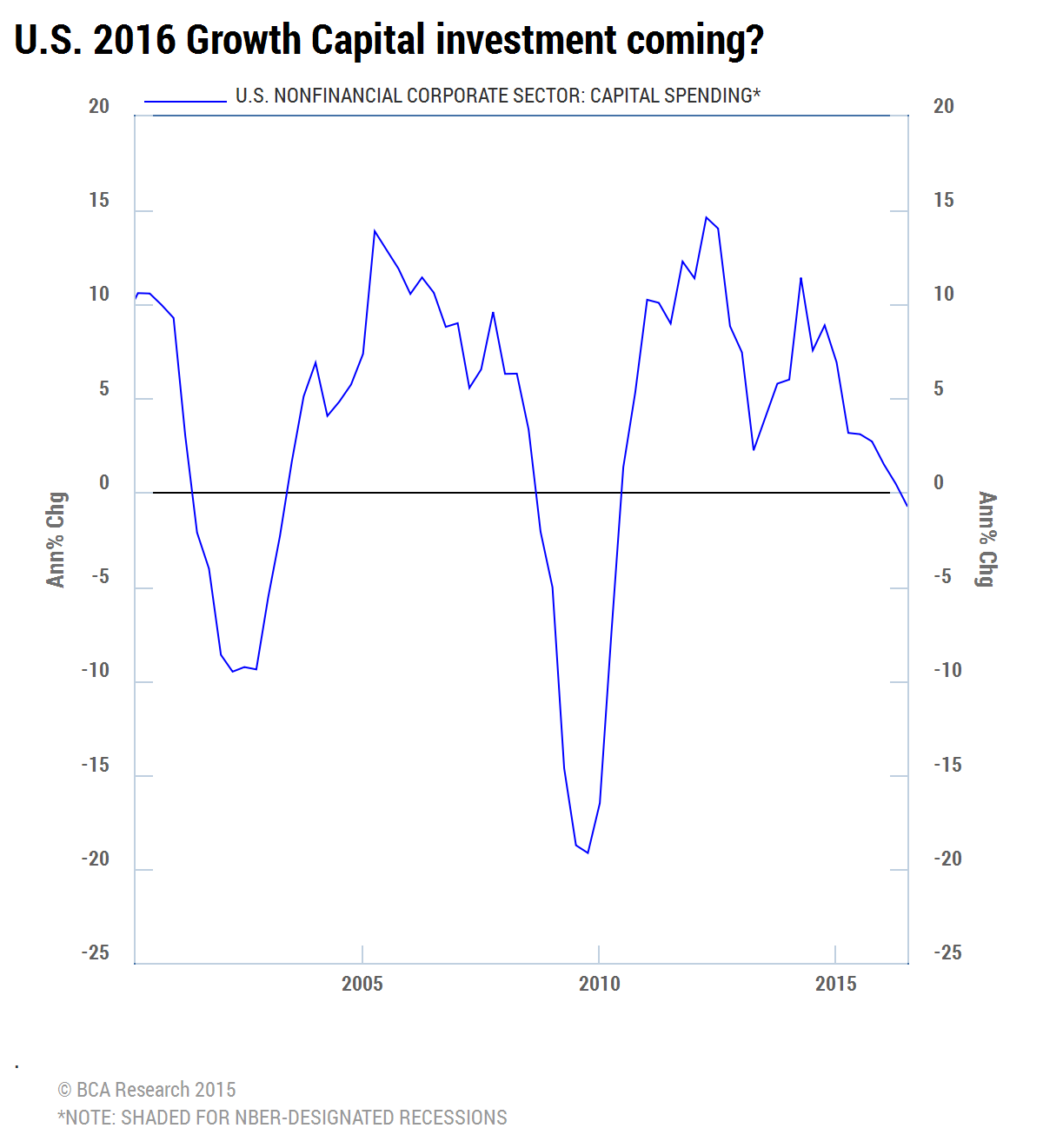 We can see that growth in capital investment has been poor and usually doesn’t go negative except during recessions. So, barring an outright recession in the U.S. next year there could be a substantial rebound in investment.

According to BCA, capital spending plans have rebounded in the last few weeks.

And, of course, one of the biggest factors in the economy is government spending, especially the federal government in the U.S. During Obama’s eight years the Congress refused to approve any large spending plans with the result that the government was more of a headwind for the economy than a tailwind. This could be about to change.

Both presidential candidates have embraced infrastructure spending as the “next big thing”. When Prime Minister Justin Trudeau promised to run a deficit last year during the Canadian election campaign, and still won a large majority at the polls, politicians all over the world sat up and took notice. And they’ve been talking about spending money since then. The popular buzz word now is “infrastructure”.

The combination of the household sector finally getting back on its feet, the business sector starting to approve long-delayed investment in plant and equipment and a new government in the U.S. that might start spending again means that a rebound in economic growth is possible, perhaps even likely.

While we worry about the aftermath of the election next week, no matter who wins, we should take the time to relax and contemplate the possibility of a rebound in economic growth for 2017.