The U.S. Presidential election is 31 days away

After a ten-day visit to NYC attending two conferences and doing some interviews, I am still unsure about what will happen on election night, November 8 2016. But we know that one of these two, Hillary Clinton or Donald Trump, will be elected President.

What can Canadians expect on the day after? 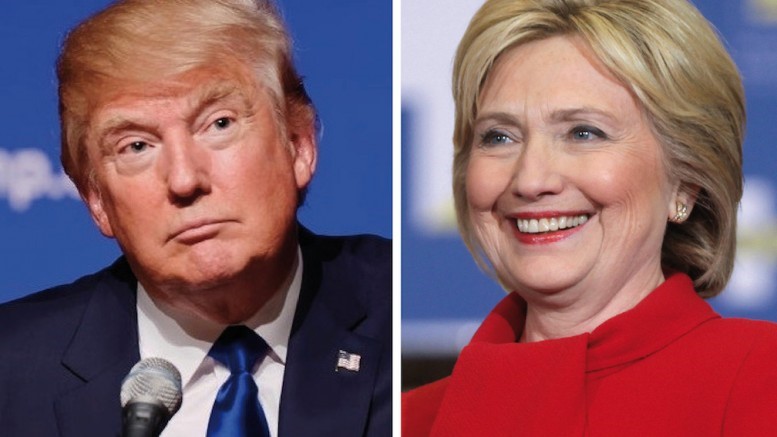 With only 31 days to go until the vote in the most powerful nation on the planet Canadians are starting to imagine what life will be like once the change is made.

While the new President won’t be sworn in until January 2017, changes in the financial markets will be felt immediately. It seems that most investors believe that Trump represents a more radical choice. Given that some of Trump’s ideas are very extreme, which I wrote about in August 2016, a Trump victory might move markets more than a Clinton win, at least initially.

I got a hint about Trump a year ago in Scotland of all places. Nancy and I were on a small boat with 46 other people, mostly Americans, doing a tour of the Scottish Highlands. The boat navigated the canal that bisects eastern Scotland from the western part of the Highlands, from Inverness to Oban and then up the west coast.

On the first night we sat for dinner with four people we’d never met before. Two women from Manhattan and a couple from Nashville, Tennessee graced the table.

“So, how about that Donald Trump?” I ventured as a conversational gambit. It became apparent immediately that I’d hit a nerve.

The more outspoken of the two from Manhattan, a woman in her 70s who occupied a penthouse on Fifth Avenue overlooking Central Park, explained how Donald Trump would save the USA from the decay and waste that had been afflicting it.  She said Trump would cut government spending and taxes, and would improve the economy. She was convinced that Trump’s success in business could be applied to government with a very positive effect. She argued vehemently that turning over health care to the private sector would be a good thing.

It got me thinking that maybe Trump does has a chance.

One of the speakers at the BCA conference, Peter Berezin, Senior Vice President, Global Investment Strategy, suggested that Trump might have a 60 percent chance of winning. This is at odds with opinion polls, most of which predict a Clinton victory. The reason for the difference is the predicted turnout, he believes. Trump supporters are much more likely to vote than minority voters who are less incented to vote than in the last two elections. As well, many Bernie Sanders supporters are still upset and may stay home. 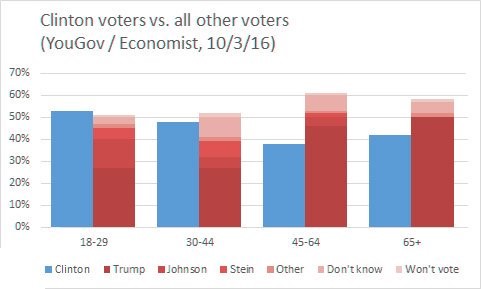 Source: YouGov and The Economist

We can see that Clinton’s support is strongest among younger age groups. As happened in the Brexit referendum, a result that’s turning out to be a disaster for Britain, younger voters that would have voted Remain didn’t vote, while those who wished to exit (mostly older people) turned out heavily, fueled by their resentments. Trump supporters are similarly motivated. 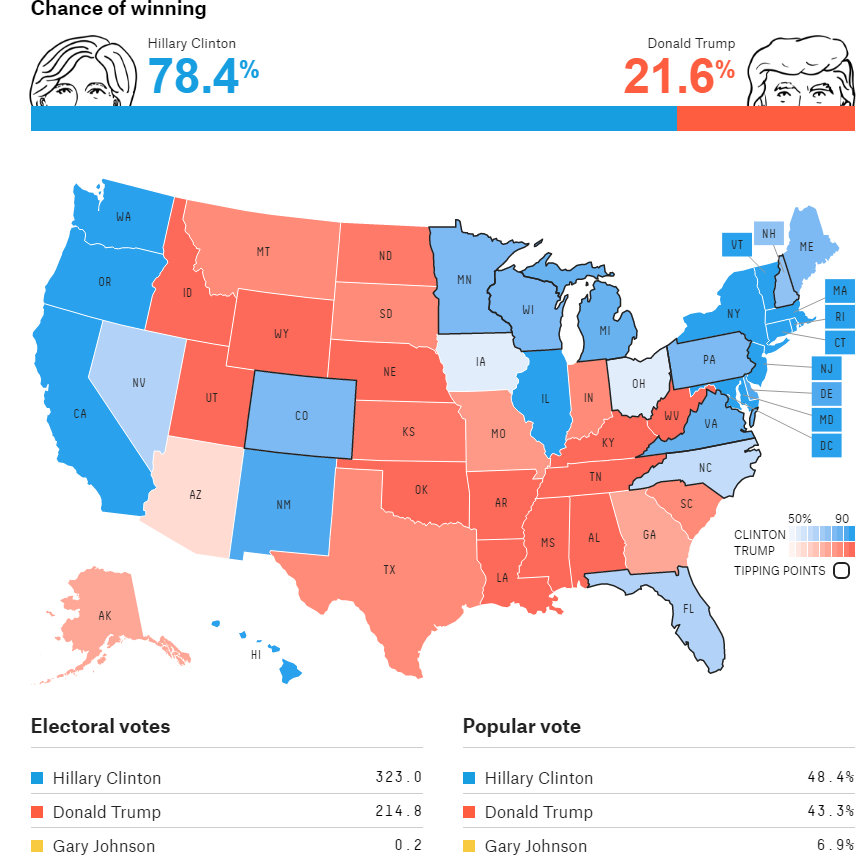 Since most Canadian investors are worried about a Trump win, let’s look at Trump’s platform:

Of course, it’s difficult for a President to get his political platform implemented through Congress. But if he did, his policies are likely to be inflationary, which means that the Federal Reserve might hike rates sooner and faster. This will push the U.S. dollar higher against the Canadian Loonie. Canadian interest rates will get dragged higher, especially at the long end of the maturity curve. World trade will slow, which might hurt Canada’s exports. On the positive side for Canada, the stimulus would increase the U.S. growth rate, helping Canada’s exports.

Based on some other presentations in New York I wouldn’t be surprised to see interest rates hiked faster than the market currently expects, as the Federal Reserve is losing credibility every time it delays raising rates.

One bit of good news for Canada — it might get an influx of new immigrants from the south as they flee the Trump regime, looking for a gentler life up north. That’s a positive for Canada unless Trump makes Canadians build a wall to halt the exodus and forces them pay for it.