The decision-making committee of The Federal Reserve Bank of the United States held another meeting this week and chose to leave rates unchanged. This non-decision comes after months and months of Fed hinting that rates must rise, as the economy is improving.

Will the Federal Reserve committee members ever raise rates? And, if they do, what happens to Canadian interest rates, the Loonie and Canadian households?

Here is the text of the decision of the FOMC, the Federal Open Market Committee that votes on interest rate decisions:

The full statement can be found here.

A noteworthy fact — there were three dissenters. The dissenters felt that rates should rise in order to bring the economic world back in the direction of “normal”. But, as someone once said, “normal doesn’t live here anymore.”

Perhaps in a nod to the dissenters the press release says, “The Committee judges that the case for an increase in the Federal Funds rate has strengthened.”

From the press conference Q & A with Chairperson Yellen: “We are worried that bubbles could form in the economy,” and "We could cause a recession, and so that's something my colleagues and I certainly wouldn't want to do."

She seems to be saying that, on the one hand, a rate increase could throw millions of Americans out of work, just as they are finally recovering from the 2008-09 financial crisis and, on the other hand, if we don’t raise rates there could be new bubbles in real estate and other assets like the stock market.

"Participants are projecting — of course there's a lot of uncertainty — but they're projecting increases that average around 100 basis points per year," said Yellen.

How could that impact Canadians?

The Bank of Canada has warned that 8% of Canadian households cannot handle an increase in interest rates. These households, which would number about one million, hold 20% of household debt.

Source: The Bank of Canada

So, if the increase in rates contemplated by the Federal Reserve was followed by the BOC, it would make things even tougher for the one million highly-leveraged Canadian households. Many of those households are in Alberta, a region that is deeply mired in recession due to energy industry losses.

Some people have suggested that Canadian authorities could keep rates low even as the Federal Reserve hiked U.S. rates. In the BOC’s September 2016 statement there was even a hint of a rate cut in Canada, as the economic recovery has been weaker than the Bank would like. The next meeting is mid-October for the BOC. 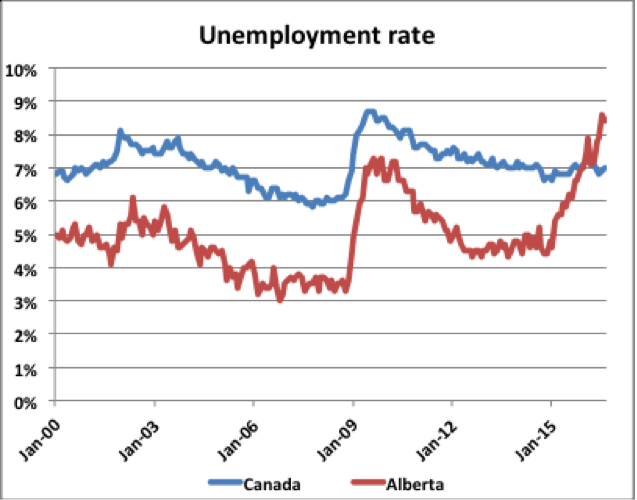 If the Canadian central bankers cut rates while the Fed is hiking their rates, we could see a much lower Loonie and an outflow of funds looking for higher returns on savings south of the border. Eventually the lower Loonie might lead to higher inflation and the BOC might need to hike rates again. A tricky situation. We live in interesting times.