The plunging price of crude oil

The price of crude oil, known as West Texas Intermediate (WTI) took a tumble in the past week below $40. This setback brings into question the six month rally that went from $26 in January to a peak of $52 in mid-June.

Some analysts think WTI might be heading back to the January lows, in the 20s, or even lower. Other prognosticators expect the market to be in balance by 2017 which would allow the price to inch back up into the $50 range.

Who will be right?

A. Gary Shilling, economist and author, suggests that crude oil is headed for $10 to $20. Shilling, an analyst with more than 50 years’ experience, has a great track record of accurate calls on big moves in the markets.

In April Shilling gave a speech to the “Oil Price Outlook Conference” sponsored by the Japan Society, New York N.Y. In May he wrote about it in his monthly newsletter Insight (subscription required), where he detailed his reasoning.

As I’ve written in Hilliard’s Weekend Notebook before, OPEC is finished. The cartel survived for half a century before it fell apart recently when Saudi Arabia announced that they would no longer cut their production to allow other producers to sell as much oil as they wanted. So now it’s every man for himself. Since crude oil is by far the most valuable commodity traded on world markets it’s important to all of us, especially those domiciled in Canada.

The U.S. is key to the markets as both a large producer and a very large consumer. The U.S. uses about 18 million barrels a day, and had increased production by 4 million barrels/day in a decade to more than 9.5 million barrels in 2015. New technology in the form of horizontal drilling and “fracking” allowed enormous new reserves to be discovered. Recently U.S. production has settled back to about 8.5 million barrels.

The Saudis became unwilling to cut their production. After all, their productions cuts merely allowed the U.S., Canada, Russia, Iran and others to take advantage of high prices and expand their market share. The Saudi position is in their own best interest since any removal of Saudi production will be replaced by the “frackers” in the U.S. and other producers.

The Saudis, as a low-cost producer, are playing a game of “chicken” in an effort to regain market share. Saudi and other Gulf producers have lost market share since 1994 to non-OPEC producers.  According to Shilling, the game will continue until prices get down to the marginal cost of $10 to $20 a barrel before someone blinks. 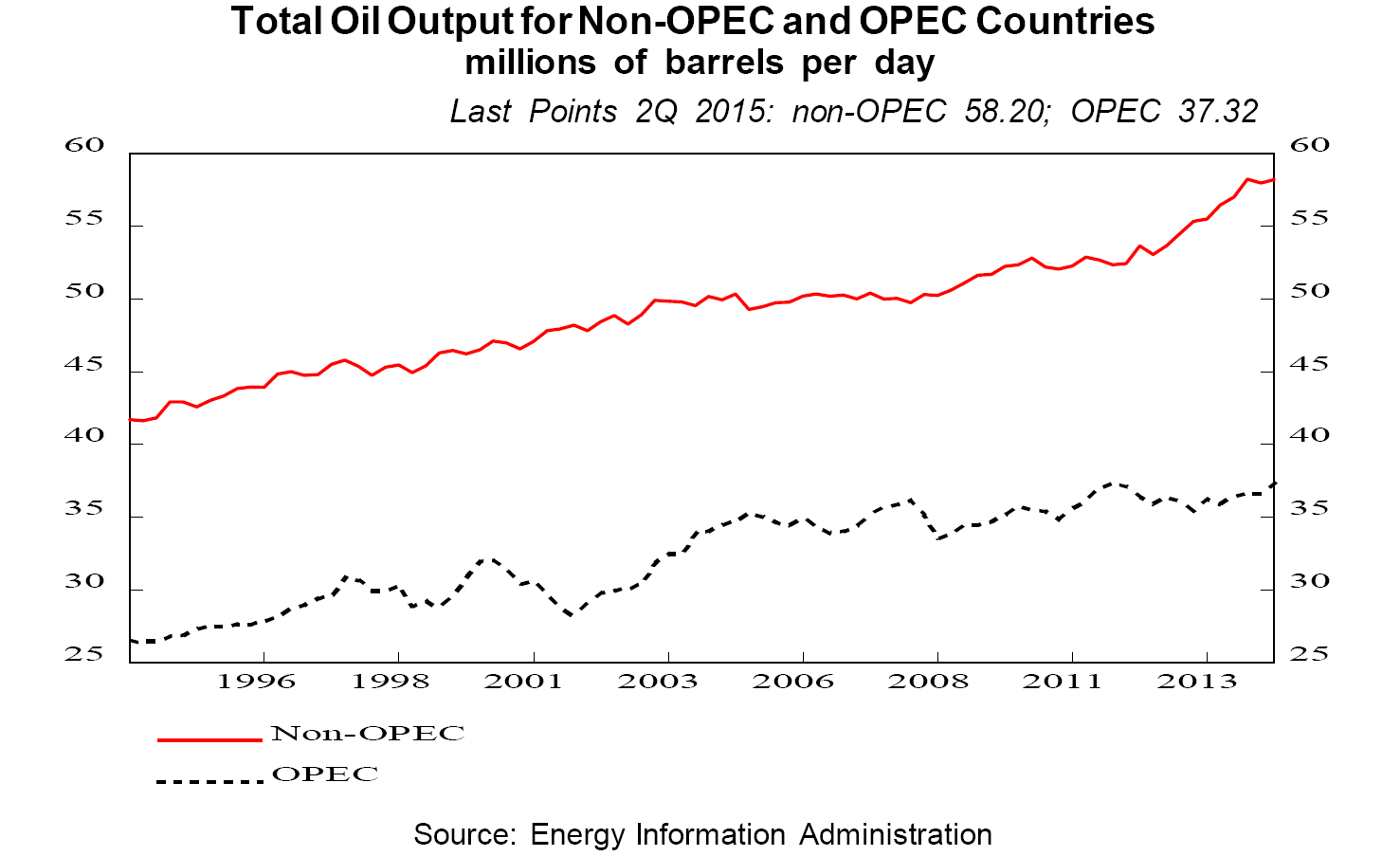 That’s all about supply. But what about demand?

People are finding ways to do what they want using less energy.

And even in the U.S. in 2016 the summer driving season hasn’t absorbed the gasoline that refiners would like to sell. 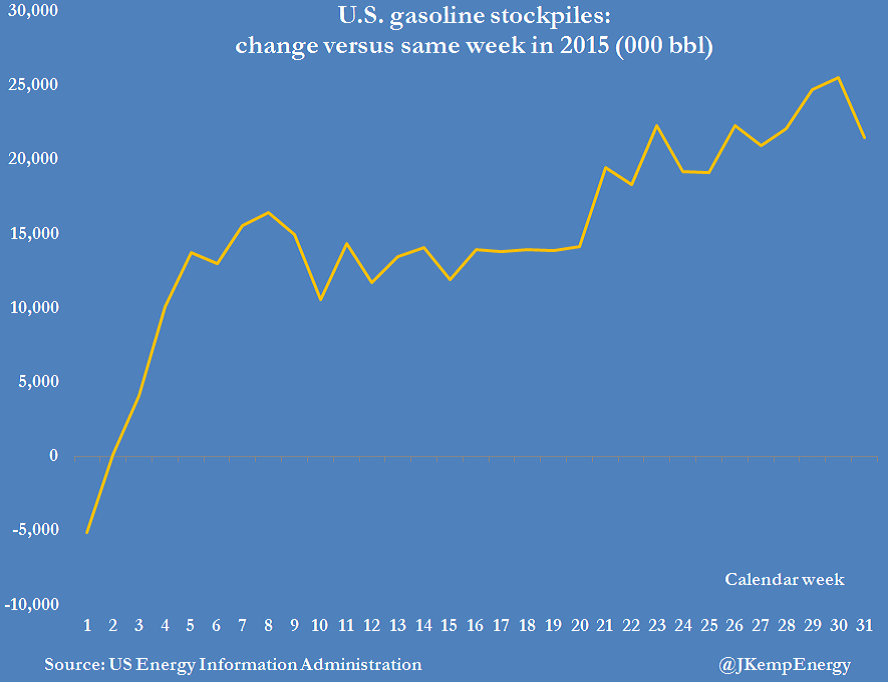 As John Kemp, Senior Energy Reporter, Reuters points out the U.S. could be the culprit:

“U.S. oil consumption declined by 1.6 million bpd between 2004 and 2014, mostly as a result of increased efficiency, while domestic production rose by around 4.5 million bpd, mostly thanks to shale.

In many ways, the United States was responsible for the end of the oil boom by reducing its own oil demand while boosting supply, resulting in an enormous net shift in the global oil balance.” @JKempEnergy August 3, 2016

And on the supply side, non-OPEC countries like Canada and Russia have contributed to the excess. 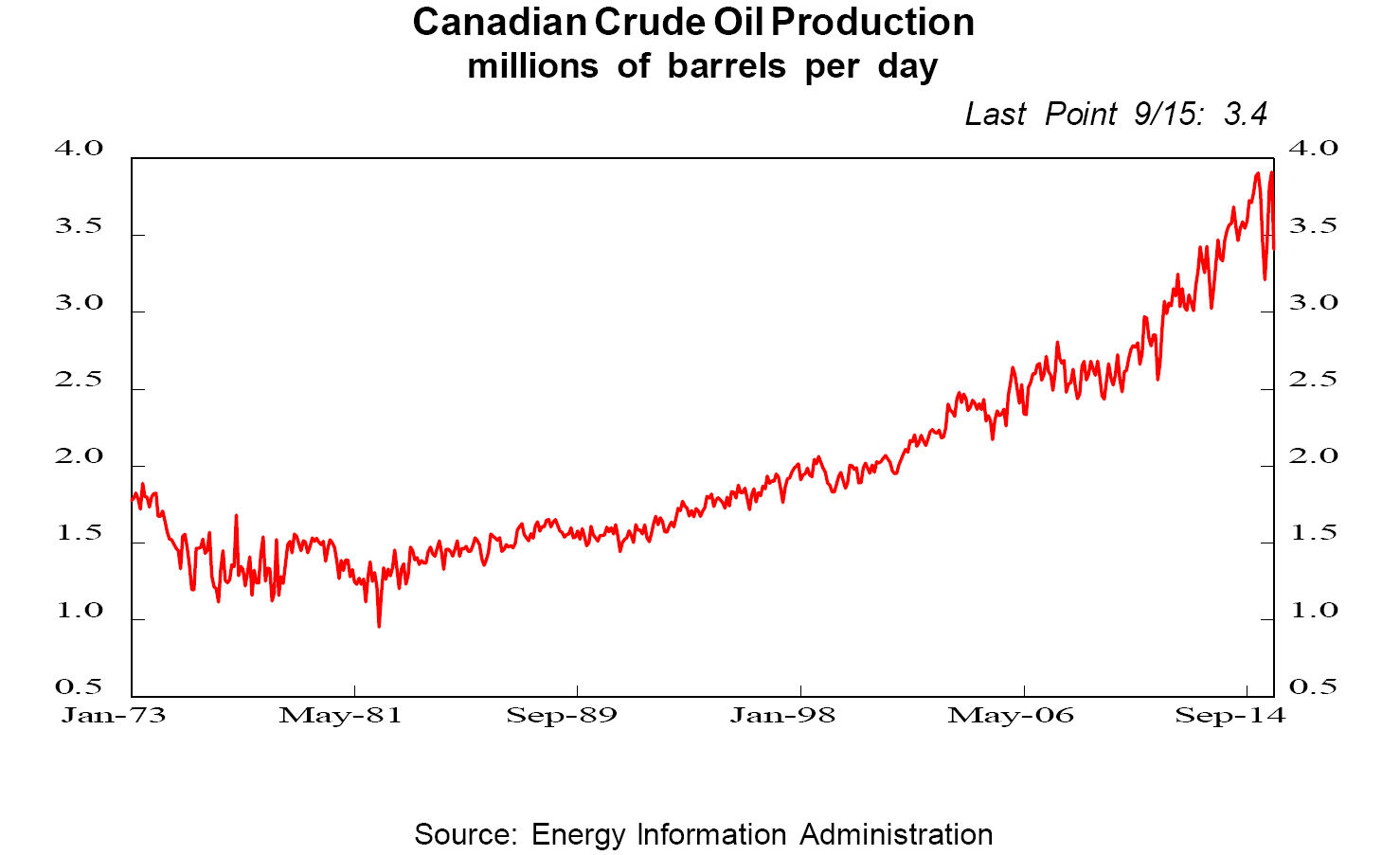 So new production emerged in the last decade or so of 4 million from Russia, 4 million from the U.S. and more than 2 million from Canada. And that doesn’t count Iran, one of the founders of OPEC and a country that feels justified in producing as much as they want after years of sanctions at 4 million and Iraq and more than 3 million barrels per day.

Could Shilling be right about a plunge in the crude oil price to less than $20?

Investors would be wise to prepare for that possibility in the interest of capital preservation.