You can never leave

One of Eagles’ popular songs, Hotel California, talks about entering a place; “this could be Heaven or this could be Hell”.  The United Kingdom (UK) and the European Union (EU) have entered such a stage in their centuries-old relationship. Changes to the EU seem inevitable but how key leaders act over the next few weeks will determine whether that change is negative or positive.

The convoluted process for exit starts with the country wishing to leave invoking Article 50 of the Lisbon Treaty.

A Member State which decides to withdraw shall notify the European Council of its intention. In the light of the guidelines provided by the European Council, the Union shall negotiate and conclude an agreement with that State, setting out the arrangements for its withdrawal, taking account of the framework for its future relationship with the Union. That agreement shall be negotiated in accordance with Article 218(3) of the Treaty on the Functioning of the European Union. It shall be concluded on behalf of the Union by the Council, acting by a qualified majority, after obtaining the consent of the European Parliament.

The Article requires a two-year time limit to the negotiating process; a negotiation that would be very contentious as it involves the European Parliament, the British Parliament and 27 other nation states and all parties must ratify the decision.

But Article 50 may never be triggered. Before that can happen they’ll be several critical events.

The Conservative Party will hold a leadership contest (Prime Minister Cameron announced he will step down in October) and probably there’ll be a new leader for the Labour Party. The new leader of the Conservative Party, as Prime Minister, could trigger Article 50 but is unlikely to do so immediately. Most believe that the new PM must call an election before taking such a significant step.

Boris Johnson, former Mayor of London, is the front runner to replace Cameron as leader of the Conservatives. He campaigned for “leave” but after the vote hastened to soften his stance. In the New York Times on June 26 Johnson did some serious backpedaling, saying, “In voting to leave the E.U., it is vital to stress that there is now no need for haste.” 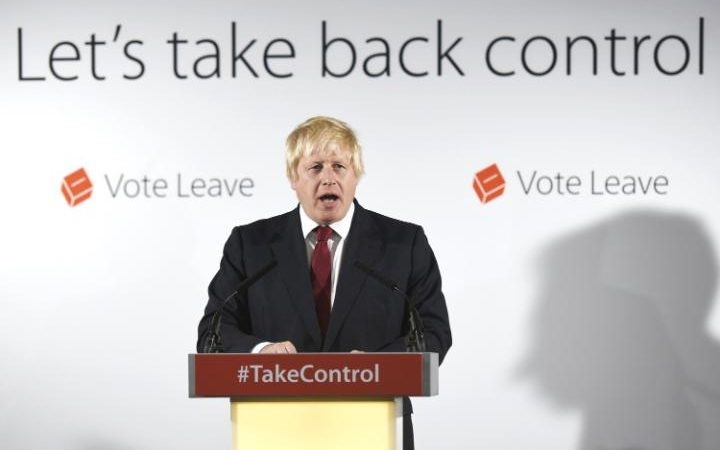 So there will be a general election, probably in the autumn, and Brexit will be a key feature of that campaign. But were people really voting for Brexit? There is some evidence that they were not.

After the polls closed last Thursday, but before the results were known, Google searches done in the UK were revealing.

The top search was “What happens if we leave the EU?”

Second most searched was “What is Brexit?”

And several hours later, after the results were released showing that 51.9% of those polled chose “leave”, a top question was, “What is the EU?”

What leader wants to be responsible for triggering a non-reversible and potentially destructive process on such a thin margin of victory where only 36% of eligible voters chose “leave”?

As Martin Wolf of the Financial Times said on Tuesday, “the best thing to do is nothing. The UK must work out what it wants…The UK should avoid triggering Article 50…there could be benefits, for both sides, in avoiding too hasty and brutal an ending.”

As Wolf points out, a plebiscite is advisory only and non-binding. The final decision must be made by Parliament before the UK can exit the EU.

Regarding the UK leaving the EU, Hotel California sums it up perfectly:

“Relax, said the night man, we are programmed to receive. You can check-out any time you like, but you can never leave!”