Can the Loonie rebound last?

Since the bottom reached in the Loonie earlier this year the rebound in the CADUS ratio has been surprisingly strong. Just six months ago many analysts expected further weakness in the Loonie as the world oil glut kept Canada stuck in low gear.

BCA Research identified two factors, in addition to crude oil prices, that influence Canadian economic performance more than any others:

​As I wrote in an op-ed piece in the Globe and Mail, China’s economy, along with Canada and Australia, is one of those most at risk of a financial crisis due to a too-rapid increase in private debt. At greater than 200% of GDP China’s private debt is at levels similar to Canada’s extreme private debt level. This level far surpasses the 150% of GDP that has been identified as the danger zone that usually precipitates a financial crisis. So the China stimulus package is unlikely to last. 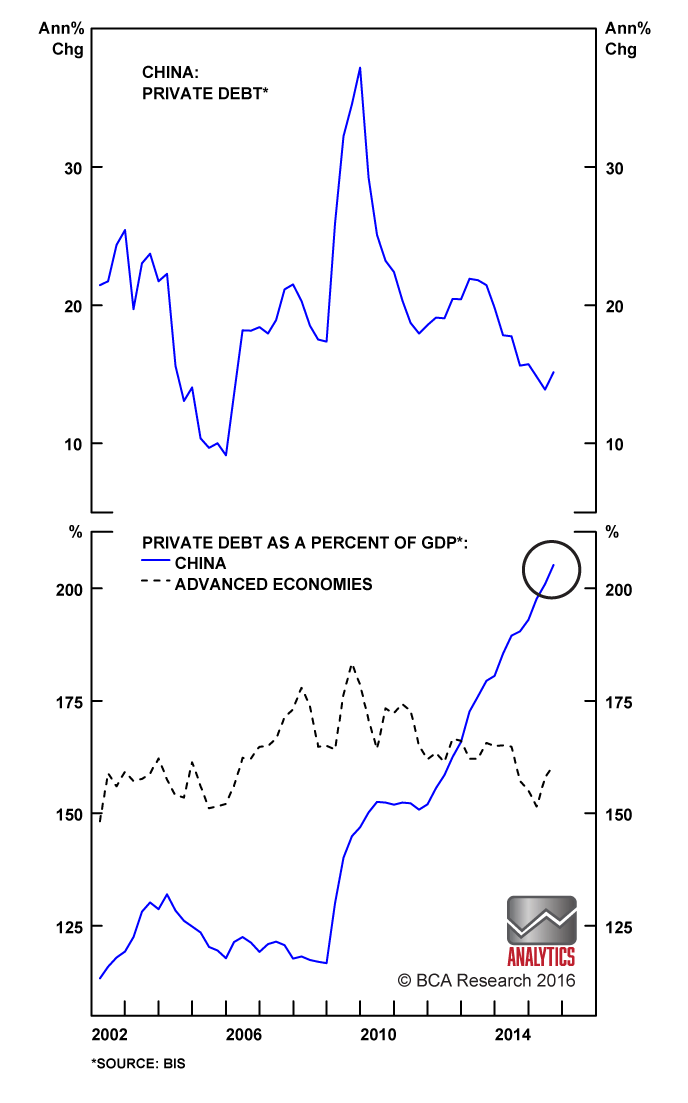 For now, Canada is benefitting from the push to reflate the Chinese economy which helps provide demand for base metal commodities. China is a smaller player in the demand for crude oil than commodities like nickel, copper and iron ore.

The longer term factor that is more likely to help Canada’s economy is U.S. demand for Canada’s exports.  Canada’s GDP is closely aligned with our southern neighbour’s economic growth. The Loonie has made a strong move upwards even though the US economy remains moribund.

Obviously the substantial rebound in the price of crude oil is one factor in the Loonie bounce. 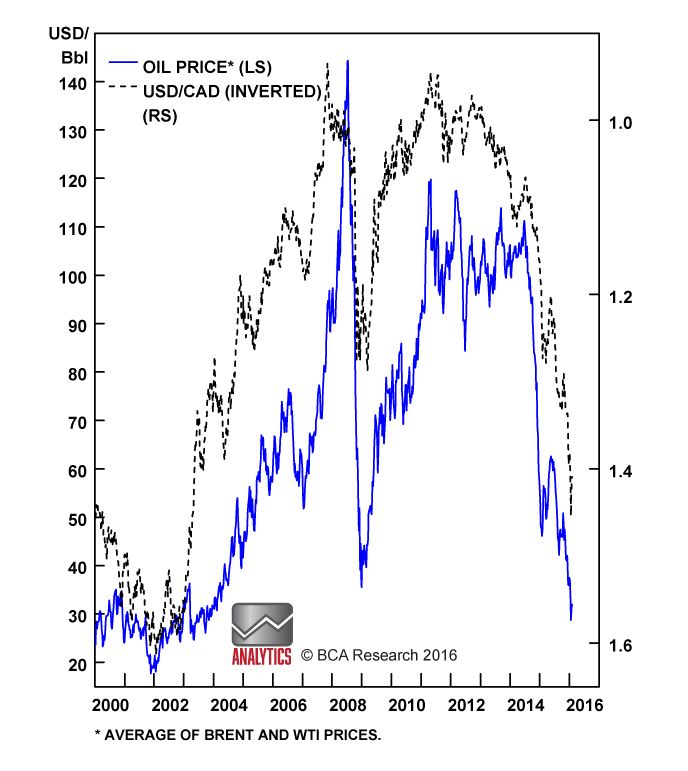 We don’t know if the rebound in crude oil will last but the abundant supply of exports from OPEC, especially Saudi Arabia, and the shale oil technology revolution in the US make the current rally suspect. An impressive gain, as crude has doubled from January levels, but it doesn’t make sense to place a big bet on that rally continuing.

So the factors that would help the Loonie stay at current levels or push it higher are based on weak foundations. The strongest of the three, the US demand for Canada’s exports, is likely to continue as long as interest rates don’t rise too quickly in the US. The Federal Reserve has made it clear that it wishes to raise interest rates gradually and it won’t act if the economy doesn’t continue to strengthen. But the US economic recovery is still sluggish and there’s nothing more the Federal Reserve can do at this time.

The conclusion for the Loonie’s future is clear. The rally isn’t going to last for years and it could end at any time. A trading range that includes the mid-60 cent levels to the high 70s is likely to persist, perhaps for several years.

If investors have too much exposure to the Canadian economy and the Canadian stock market they would be better to overcome their “home country bias” now when the Loonie is relatively strong. Listen to a replay of my Webinar from last week and decide to take actions to further diversify your holdings outside of Canada.

With help from the Canadian dollar rebound, now is a great time to buy some non-Canadian investments.