OPEC met, but no decision

Another OPEC meeting this week in Vienna confirmed what many suspected. OPEC no longer controls the price of oil. The “free market” has ruled oil prices since the pivotal November 2014 OPEC meeting when members failed to reach agreement on an output cut.

What will that mean for the price of crude oil and the people who produce it?

OPEC was founded in 1960 in Baghdad, in reaction to weak oil prices. Attending that first meeting were representatives from Venezuela, Kuwait, Saudi Arabia, Iran and Iraq. OPEC now has 12 members but four members (Saudi, Kuwait, Iran and Iraq) produce about two-thirds of OPEC’s 31 million barrels. OPEC produces about 1/3 of the world’s oil today.

Since 1960 many non-OPEC countries have grown into major producers, the two most important being U.S. and Russia which rival Saudi’s production. Others are China, Brazil, Canada and Norway. The Saudis argue correctly that if they cut production unilaterally non-OPEC producers would increase output and nothing would be achieved.

Since oil prices collapsed starting in June 2014 (oil at $115) and continuing after that historic OPEC meeting November 27, 2014 ($73), the number of active rigs in North America has steadily declined, reaching record low levels in January 2016 ($26).

A client that worked for the Alberta division of a major international drilling company told me a few months ago that only one rig was working — and that rig was drilling for potash in Saskatchewan!

Because of this collapse in drilling activity optimism has reappeared about the price of oil. WTI oil has doubled from its January low and there’s talk of $85 or even higher within a couple of years.

This week’s OPEC meeting ended politely but without agreement on production cuts. 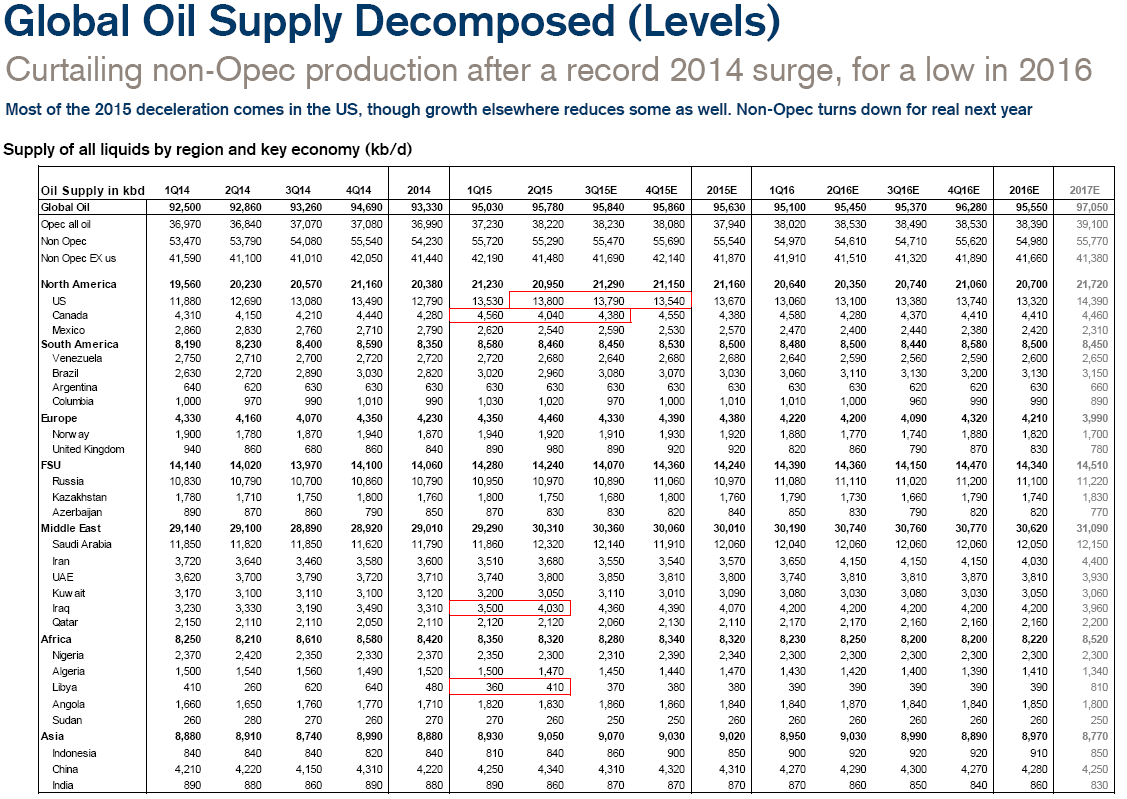 Production has continued to increase from two other founding members of OPEC, Iraq and Iran. Both had been operating below capacity due to war and sanctions but now Iraq is above 4 million barrels and Iran is at 3.9 million and heading higher. Iran vehemently defends its right to grow production to 4.7 million barrels.

With OPEC’s discipline gone what is the basis for the optimism about rising prices? It comes from the idea that low prices will force marginal producers into bankruptcy and restrict their ability to drill new wells. So who are these marginal producers that will fade away?

US shale producers are one target. US production doubled in ten years from 5 million to 10 million barrels, mostly from shale. Shale producers borrowed billions in junk bonds and many are now defaulting. But shale producers are surprisingly resilient. The Permian Basin (Texas and New Mexico) is the most productive and cost-effective shale region:

Note the increase in production right up to June 2016 in spite of fewer drilling rigs. Output growth even in a low-price era shows an ability to get costs down. 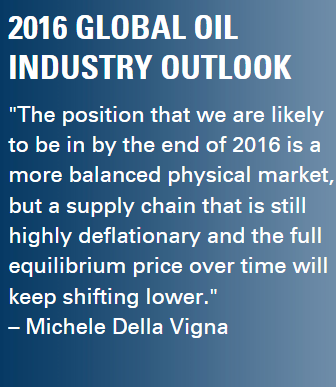 What about other producers besides shale that have higher costs? 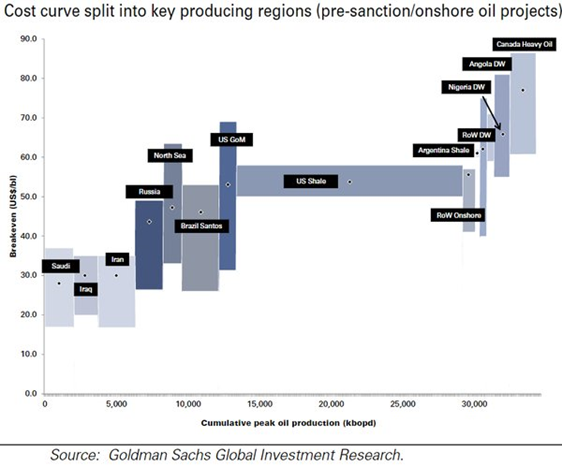 Iran, Iraq and Russia will survive in a low-price world due to low costs. The Saudis have lots of flexibility.

But some producers are not insulated from the vagaries of the free market. The Saudi’s new approach to let the free market decide could hit high-cost producers in Canada, Angola and Nigeria. Deep water drillers (RoW DW on the chart) are in trouble too.

The “free market” can teach some very harsh lessons.