George Fisher has been a leader in the financial industry throughout Atlantic Canada for over 35 years. He joined BMO Nesbitt Burns in 1994 in Charlottetown PEI, then in 2004 moved to Halifax as Atlantic Divisional Manager. With a gift for demystifying the world of investing and making it enjoyable for people, George and his team take great pride in helping individuals - entrepreneurs in particular - to manage their wealth, enrich their lives and make advantageous connections.

In August 2009, George partnered with a fellow senior advisor to assist in his colleague's retirement and thereby began working with Linda MacDonald and Steven Clarke. He earned his Portfolio Manager designation in 2011.

George created The Fisher Group in 2009 and joined Richardson Wealth (formerly Richardson GMP) in 2016 to offer his clients a better, more nimble wealth platform. At Richardson Wealth, he has greater objectivity and scope to make the best investment choices for each client's unique needs. Richardson Wealth is an independent firm that has grown through the loyalty of its long-standing advisors and a culture that sparks strong engagement.

The Fisher Group sets itself apart by creating Financial Vision documents that outline what's important in people's lives and what they want to accomplish in the future that will require time, planning and money. The team's investment approach is conservative, placing an absolute priority on preserving capital. In addition to serving the needs of individuals, George also has a strong focus on assisting busy entrepreneurs to maximize their holdings so they can focus on growing their business and plan for when they are out of the business. Tax minimization is his specialty.

George has a strong history of community involvement and is an Honorary Trustee of the Board of the QE II Foundation. He proudly founded the Prince Edward Island Marathon, which has grown to be an important annual community event, and he has successfully completed several marathons himself. George enjoys playing a round of golf and spending time with his two grown boys and two grandchildren. 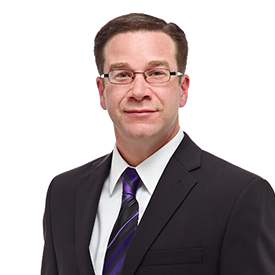 Steven Clarke joined Richardson Wealth (formerly Richardson GMP) in 2016. Prior to joining Richardson Wealth, he worked with BMO Nesbitt Burns as an Associate Investment Advisor with the Fisher Group. Steven holds a Bachelor of Commerce degree with a major in Finance from St Mary's University. Working with The Fisher Group, Steven advises clients and supports George Fisher with the team’s discretionary services that free people from having to make daily investment decisions. Steven also assists with the administration of accounts. Contributing to the team's commitment to keep investing uncomplicated and enjoyable, Steven helps people to understand every step of the process and have fun along the way.

Outside of the office, Steven is an avid outdoors-man and sports enthusiast who likes to spend time with family and friends. 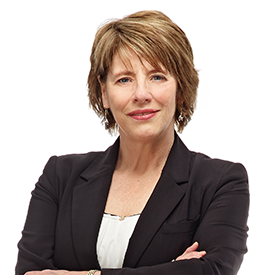 Linda developed a strong interest in Finance while earning her Bachelor of Commerce at St Mary's University. She started her career with BMO Nesbitt Burns in 1990 and over the years has developed a particular area of interest in investment and income planning for retirees. Linda teamed up with The Fisher Group in 2009 and assists George with the wealth management of client accounts. Her contribution to the team is in creating the Financial Vision documents that help people visualize their goals and make the right financial moves to shape spectacular lives. Linda also administrates the team's business coaching program to help keep their practice relevant and meaningful to clients in an increasingly complex investment world.

Linda and her husband are avid golfers, and she loves whizzing around town on her Yamaha Scooter. She is an active volunteer at Ashburn Golf Club, coordinating the Volunteers at the 2014/2015 PGA Web.com tournament in Halifax and helping out with the Ashburn Ladies Division. She has a special interest in teaching older women how to use and enjoy modern technology such as smartphones and tablets.