Financial Planner and Portfolio Manager, Francis Sabourin, Investment Advisor at Richardson Wealth, was awarded the Distinguished Advisor Award (prix Conseiller émérite) for the year 2016 by the publication Finance et Investissement, highlighting the good performance of his portfolios, both equal to or higher than the benchmarks, while minimizing the risks, thereby focusing on good capital protection. The Advisor of the Year Award is designed to recognize an advisor with at least 20 years of experience, who has marked the financial industry with a unique and remarkable practice. Francis celebrated 25 years of practice on October 5, 2017.

Among the most highly prized awards of excellence in the Canadian financial world, the Wealth Professional Awards are designed to recognize leaders in the wealth management industry and honour their contributions and outstanding achievements in Canada's financial industry.

After obtaining his B.A. in Economics and Finance at McGill University in 1992, Francis earned the designation of financial planner from the Institut québécois de planification financière in 1999.

Today, Francis is the Director, Wealth Management and Portfolio Manager at Richardson Wealth in Montreal. The Francis Sabourin Group’s clientele is constantly growing.

A visionary, Francis developed the Vision ● Planning ● Guidance (VPG) approach to help clients achieve the personal and financial goals most dear to them.

More than 25 years of experience in the securities industry

A go-to source valued by the media

Francis has published and collaborated on several articles and videos in Finance et Investissement's magazine and Web content. He participated in the LaPresse.ca weekly column "Sur le radar.”

Francis is regularly quoted in the popular blog Conseiller.ca, the Wealth Professional journal and Canal Argent, among others, for his opinion on various current financial issues.

Francis is well known for his commitment and his multiple achievements within various community organizations.

At the Fondation Collège Bourget in 2007, in addition to being its administrator, among other roles, he served as honorary chair of the Bal de l’avenir, raising over $90,000 for the Fondation.

Francis is a former member of the board of directors of the Fondation des Jeux du Québec, Sports-Québec, and a current member of the Canadian Olympic Committee. He was a major contributor to the growth of the philanthropic program Placements Sports and its predecessor, Portefeuille Sportif Québécois.

Francis was one of the governors of the 51st finale of the Jeux du Québec held in Montreal in summer 2016. 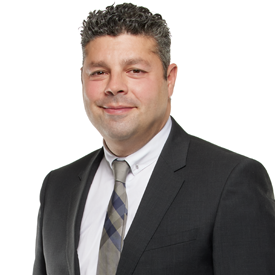 "My wealth management process begins by collaborating with you. Through the decisions we make together, a wealth management strategy evolves to take on a distinctly individual shape, reflecting your investment objectives and aspirations."

Michael joined the Francis Sabourin Wealth Management team as an Associate Investment Advisor in late 2020 to assist in managing client portfolios. With more than 25 years’ experience in the wealth investment industry, he believes that the key to successful wealth management is planning. Clients, trust and honesty are the focus of everything he does. As a long standing skilled professional in the industry, he is dedicated to enhancing and preserving client assets regardless of their stage in life. His philosophy centers on the importance of early planning to ensure financial success in retirement. He draw on his experience and knowledge to help clients develop suitable strategies including retirement, tax and estate planning. By concentrating on his client’s unique financial and investment needs, Michael is an important asset in helping the team develop innovative plans to manage finances. 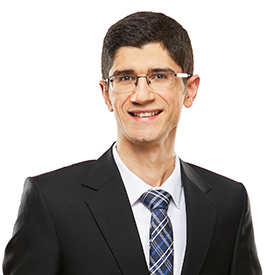 "Creating sustainable competitive advantage for our clients in their investment portfolios, in an ever-evolving market environment is my passion."

Hossein is a Portfolio Analytics Associate conducting research to support the development of investment strategies and identifying investment ideas for inclusion in the portfolios. Before joining Richardson Wealth in 2017, he evaluated African PPP and infrastructure projects for private investments.

Hossein graduated as a top student from the University of Tehran with a Bachelor of Industrial Management with mathematics background. He earned an MBA from John Molson School of Business at Concordia University and holds the Charter Financial Analyst (CFA) designation. 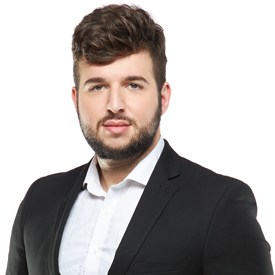 “Our clients can count on having a professional handling on their day to day operations.”

With almost a decade of experience in banking, finances and customer service, Kristopher understands better than most the importance of maintaining smooth day to day operations for clients’ accounts. A graduate in mathematics, statistics and analytical economics, he prides himself on providing professional and courteous customer service.