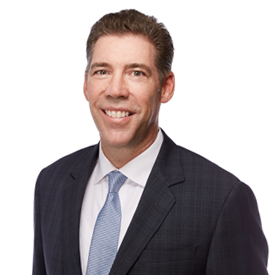 As the leader of the Pedersen team, Kurt divides his time between identifying new investment opportunities, developing strategies and connecting with clients.

Kurt developed a passion for the markets at an early age. That affinity for investing was in the back of his mind when he went to Mount Royal College to play varsity basketball, later transferring to the University of Calgary to play on the men’s varsity basketball team and earn his Bachelor of Commerce degree. After graduation, he articled at KPMG, obtaining his designation as a Chartered Accountant (CA) in 1996. Shortly after completing his articling, he eagerly joined the investment industry in early 1997.

As a result of consolidation among the independent investment firms, clients have seen a few names on their investment statements. In 2009 Blackmont Capital was acquired by Macquarie Private Wealth, which Richardson Wealth then acquired in 2013. Each year while at Blackmont and Macquarie, he was selected as a member of Elite (the firm’s top 15 Investment Advisors across the country). Most recently, Kurt was recognized as part of the Richardson Wealth Partners Roundtable in its inaugural year. In 2015, Kurt received the Outstanding Alumni Award from Mount Royal University.

An adamant believer in community involvement, Kurt was recognized by the Calgary Herald as a ‘Compelling Calgarian’ for his fundraising and philanthropic work.

Outside of office hours, Kurt enjoys family ski trips in the winter and summer boating. He still plays basketball as much as possible. He and his wife Liz have been married 25 years and have three children Olivia, Lucas, and Leyton. 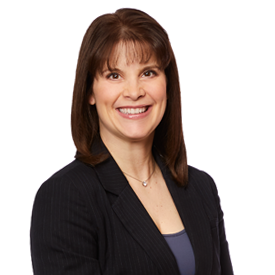 Jennifer helps drive the key day-to-day operations of the group, executing trades, coordinating account administration, and as the key liaison with the tax and estate planning group at Richardson Wealth.

She joined Kurt at Research Capital in 2000, shortly after graduating from the University of Calgary with a Bachelor of Education. She’d just returned from teaching in Japan and had initially taken the job with Kurt as a temporary step before law school, but she quickly fell in love with the day-to-day dynamics of the role and the relationships she was able to build with clients. 21 years later, Jennifer has yet to look back.

In addition to the firm’s continual community involvement, Jennifer has volunteered with both the Girl Guides and Scouts Canada and is the School Council Chairperson for her children’s school. When she’s not working, she enjoys spending time outdoors hiking, camping, or playing sports with her husband Scott and their kids Carys and Connor. 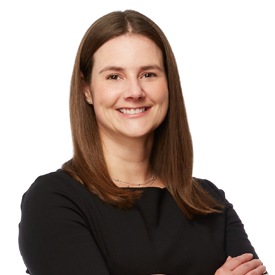 Kelsy is a key touchpoint for clients, answering questions and coordinating services while also supporting research and executing trades.

Introduced to finance by an early mentor of hers, Kelsy found her way to the industry as a 15-year-old summer student at Yorkton Securities. The fast-paced atmosphere, the excitement of trading and the fact that no day looked the same hooked her and she joined Blackmont Capital in 2006 after graduating from the University of Lethbridge with a Bachelor of Management, majoring in Finance. She has been with some iteration of Richardson Wealth ever since. She joined Kurt’s team in 2019.

Kelsy helped start and was the secretary for Dear Heart Foundation which provides financial support for cardiac transplant patients and their families as well as supporting education, research, and other projects related to heart transplants.

Outside of work, Kelsy enjoys playing organized hockey and softball. She gets outdoors as much as possible, skiing, fly fishing, and camping but also makes time to travel and scuba dive.