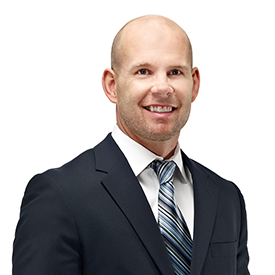 Rob earned his Bachelor of Commerce with Distinction from the University of Alberta in 1993 and received the Peter Lougheed Leadership Scholarship for academic performance and athletic involvement along with the J.R. Longstaffe Leadership Award for academics and community involvement from the U of A. Rob articled at Ernst and Young and became a Chartered Accountant before working in senior roles at two private enterprises in the late 1990s. In 1999, Rob teamed up with Neil Bosch and Pat Cooper to follow his fascination for investing into the financial services industry at CIBC Wood Gundy.

Rob enjoys promoting entrepreneurship in the developing world as Treasurer of Building Markets, a non-profit organization that helps to connect western funding with local entrepreneurs to rebuild communities following disasters or conflicts in emerging economies. He is co-founder of the award-winning fundraiser The Richardson Wealth Evening of Wine and Words in support of the Centre for Family Literacy, and organization for which Rob served as a former Board member. Rob is also a former member of the organizing committee of the Craig Simpson Never Say Never Golf Classic for spinal cord research.

Rob is a lover of live music, an avid reader, and has a passion for travel.  Rob is a fan and participant of most sports — including the type of Oiler fan that bleeds copper and blue — and he particularly enjoys snowboarding, marathons, and even the odd Half Ironman Triathlon. 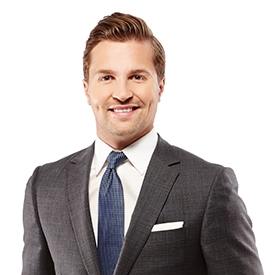 Jon earned his Bachelor of Commerce in Finance from the University of Alberta in 2010. Currently, he is working on obtaining his Master in Business Administration (MBA) from the U of A during evenings. He also holds his Chartered Investment Manager (CIM®) designation and is licensed as a Portfolio Manager. He began his career as an Associate with CIBC Wood Gundy, where he gained a strong foundation in the investment industry. Jon is fascinated by the elements that make a business successful, and enjoys educating our clients and helping navigate them through the financial markets.

He is active in his community with The Mustard Seed and Rotary International. Jon is also an avid downhill, back country and cross-country skier and continues to enjoy experiencing new cultures and remote areas of the world. 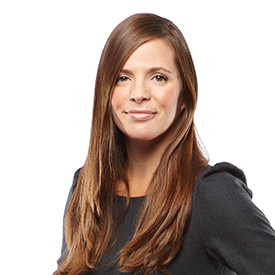 Gina is responsible for trading, and fills key support roles in team communications, business development and client service. Along with over 14 years’ experience in the industry she brings a positive energy to work that is infectious for both our clients’ and our team. She has completed her Canadian Securities and Conduct and Practices Handbook courses with the Canadian Securities Institute.

Her time away from the office is spent with her three adorable children, when she can sneak away for a moment you will find her with her head in a book, practicing yoga, or exploring Edmonton’s restaurant scene. 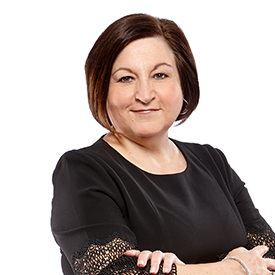 Sofia’s tremendous depth of knowledge is a resource not only to our team but also to our firm. Her dedication and commitment to serving our clients’ has to be seen to be believed. She also pursues her love of shoe shopping and reading in any free time she can find when not with her grandchildren or watching the most recent movie releases. 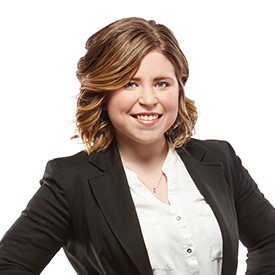 Taylor has over 5 years of experience in the wealth management industry, with a primary focus on client service. Her administrative support is key to the efficiency and performance of Campbell Wealth Management. Taylor’s organization and her keen interest in providing exemplary service, make her a delightful addition to the team. She is responsible for coordinating the schedule and assisting with reporting, administration, and communication for Campbell Wealth Management.