Financial Markets Look to the Future

The first quarter of 2021 contained plenty of newsworthy stories, such as a seemingly coordinated retail investor attack on short sellers to the very public blowup of a large family office due to large leverage resulting in an epic margin call. These events resulted in some truly remarkable price action in the affected companies but did not seem to spill over in the broader financial marketplace.

In the broader marketplace, the story of the first quarter of 2021 was of the market continuing to price in the economic recovery that is expected to play out over the remainder of 2021 and into 2022 as vaccines continue to be disseminated to the global population, albeit unevenly.

This move was accompanied by a steepening in yield curves globally, where the longer end of the curve has risen back to pre-pandemic levels, while the short end of the curve remains very accommodative due to central bank policies.

A further result was in a continued rotation in equity markets with leadership being taken over by some of the worst performing sectors over 2020 along with a sharp drawdown in some of the ultra-high growth equity names that dominated 2020.

As we touched upon in the introduction, the major narrative in the fixed income world during the first quarter was the steepening in yield curves globally. Short term global growth rates are expected to be very strong compared to recent historical norms. As these elevated growth expectations inch closer to being realized, we have seen interest rates on the long end of the yield curve rise in response. This rise is likely reflecting the realization of this global growth forecast, along with the potential inflationary pressures this could bring with it. We will touch on inflation a bit later in this letter, but the main takeaway with respect to interest rates is that higher growth and inflation expectations leads to higher nominal interest rates demanded by investors for their capital to stay invested in government bonds.

In Figure 1 below, you can see the move from the green curves to the pink curves, which represent the yield curves for the US & Canada respectively from the end of December to the end of March. 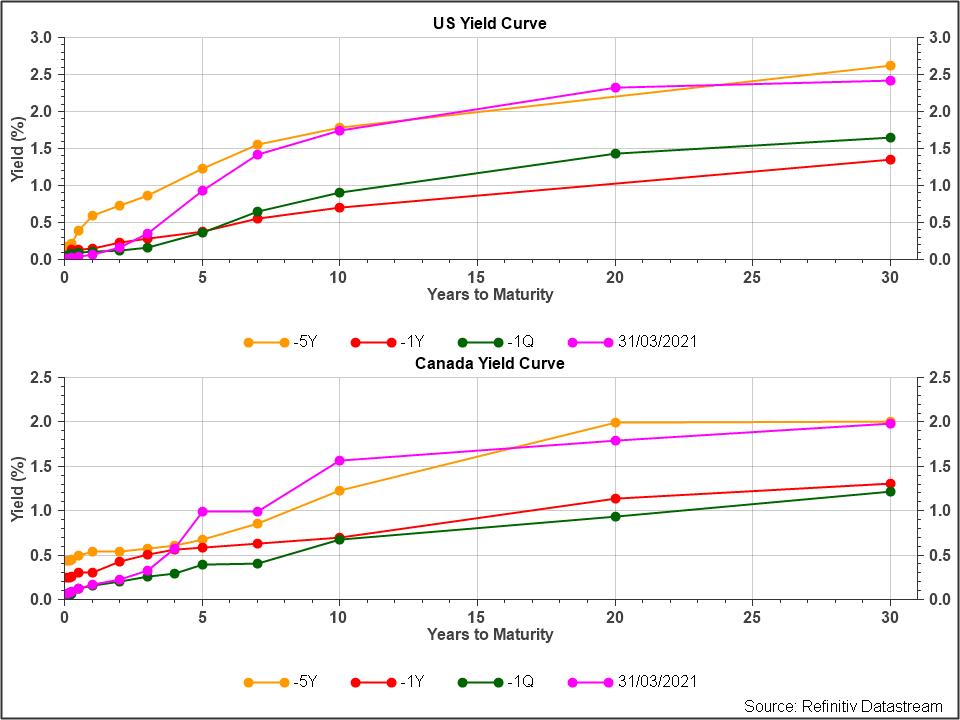 These moves have repercussions felt across the financial world. The first was that long duration assets were affected especially hard. As a result, bonds and strategies that were higher in duration performed worse than those that had lower duration. As seen in Figure 2 below, long government bond ETFs were the clear laggards during the quarter, with shorter duration strategies providing more downside protection.

It is worth remembering that while rising interest rates are headwinds in the short term, any investor that relies on fixed income in their asset allocation for generating income wants higher rates in the long term, as that allows them to invest in securities that yield more. The question ultimately becomes when does extending duration for fixed income investors make sense to capitalize on the higher rates.

Within credit, spreads broadly speaking remain very tight by historical standards, as the credit markets are pricing in low bankruptcy risk, which is in large part a function of the actions central banks took in credit markets during the depths of the selloff in March of 2020. As such, remaining selective with respect to which credit exposures to take on remains very important to our fixed income positioning today. 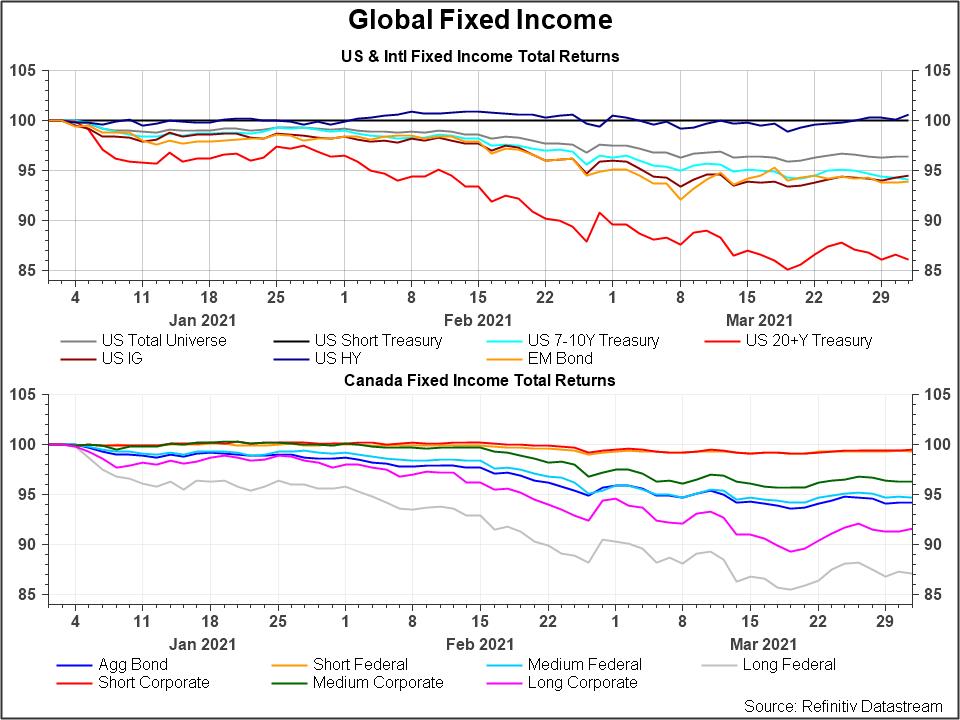 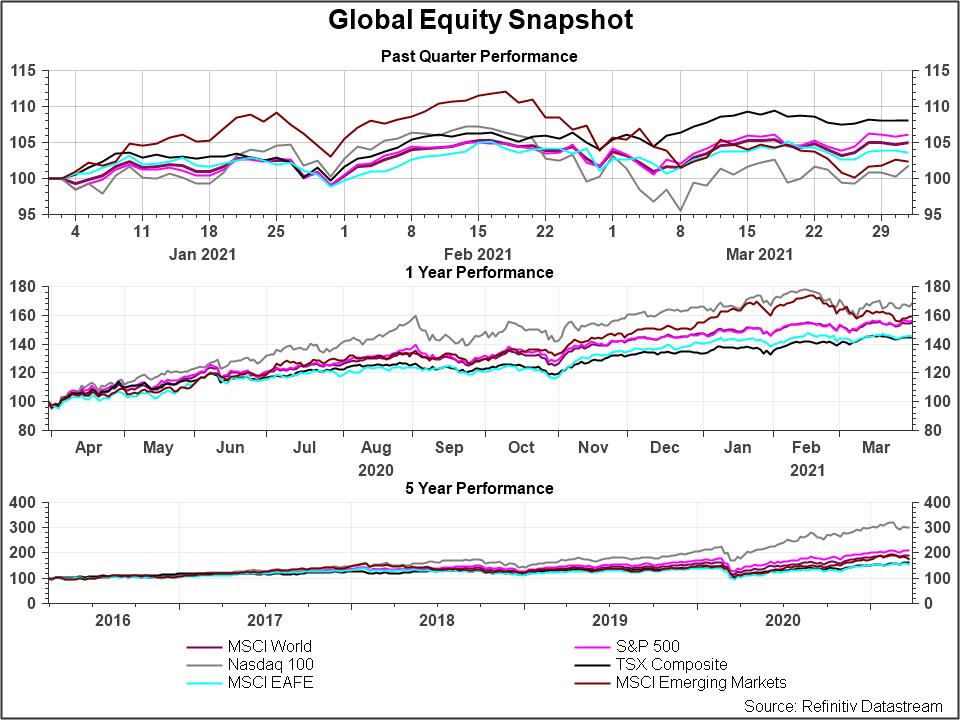 The major narratives driving global equity markets over the first quarter of 2021 can be seen in Figure 3 above. 2021 started with the Gamestop saga, which was endemic of a much larger story of strong fund flows and interest focused on highly speculative or ultra-high growth businesses. Around the middle of February, the steam came out of many of those names, many of which remain well below their 52-week highs. The Nasdaq 100 Index corrected 10% before stabilizing in mid-March. The TSX was one of major winners during the first quarter, benefiting from the performance of the energy and financials sectors, both benefiting greatly from the rotation of leadership and the global growth narrative dominating financial market positioning.

We saw the beginnings of this rotation and broadening of market breadth when vaccine efficacies were first announced in the later part of 2020. Figure 4 below shows that energy and financials globally led the way in Q1. This has led to a marked increase in market breadth. Table 1 below shows a snapshot of the S&P, Nasdaq, along with the mega cap technology names and where they sit in relation to their 52-week highs. For all the commentary last year bemoaning the top-heavy nature of the headline indices implying a lack of a healthy market, we currently have the S&P 500 close too all-time highs, while many of the largest constituents in the index trading well below their respective 52-week highs. This can only be accomplished by the majority of the smaller index constituents outperforming, implying that the breadth in equity markets is improving. If we take a step back and think about a broad global re-opening environment, this outcome would be expected. 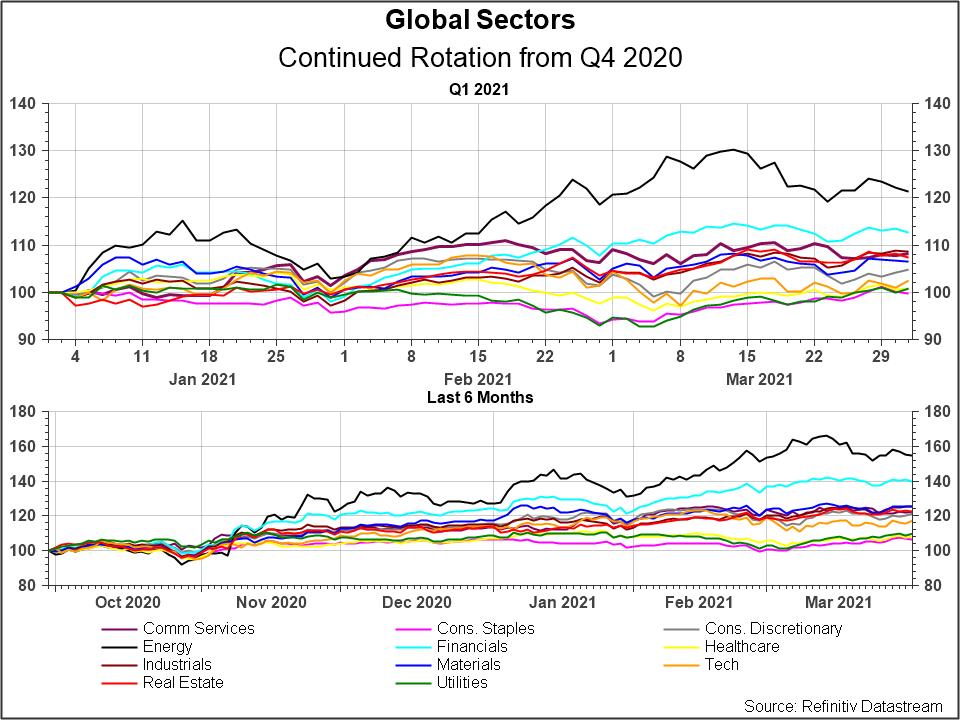 As we look ahead at the remainder of 2021, the bigger macro picture still revolves around the continued vaccination drive globally. Currently, the vaccination levels across the countries have been uneven to say the least. Living in Canada, we see that firsthand, as we move into further lockdowns and restrictions imposed on us while the US is rapidly re-opening as they increase their population percentage vaccinated. Israel is currently seen as an encouraging case study in how mass vaccination can greater lower new case numbers.

Overall, the global reopening investment thesis is dependent on the rest of the world catching up countries like the US and Israel. Global GDP forecasts and very strong for this year pricing in this economic recovery. This, coupled with low short term interest rates as central banks await data to confirm the economic recovery is on sound footing, provides a very constructive backdrop for equities globally.

As such, we continue to favour shorter duration in fixed income, as there may yet be upward pressure on the long end of the yield curve should the projected global GDP growth be realized. Within equities, we remain consistent in our belief that a barbelled, diversified approach to allocation is always worthwhile, and that it remains prudent to invest in different areas of the economy and in businesses that will operate better than others in different environments. As growth becomes more prevalent across sectors and industries, it is logical that fund flows would spread out from being so concentrated in the ultra-high growth areas of the market, which is very much what we have seen with high growth technology consolidating and financials hitting new highs. Over the longer term we continue to invest in businesses, themes, and sectors that improving their fundamentals, while acknowledging that there will be times and market environments where the market prices those fundamentals differently. 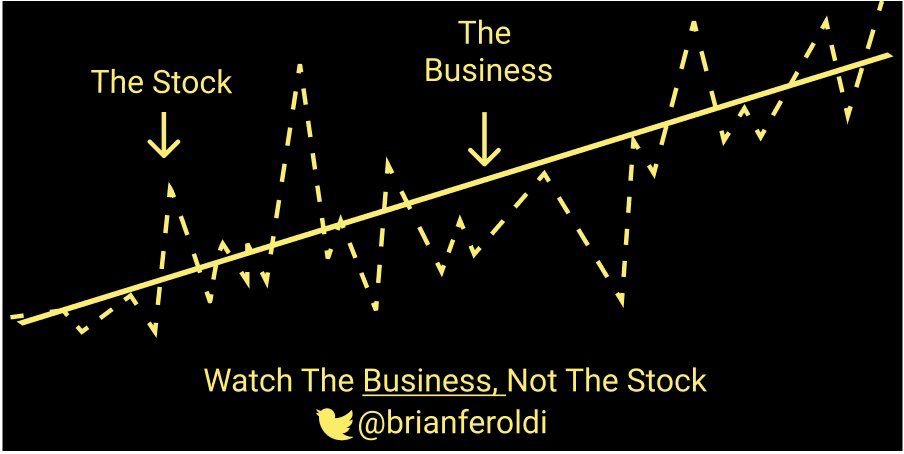 Canada sits in an interesting position, where domestically our vaccinations efforts are lacking, and we remain in ever present lockdowns across many of the provinces, all while increasing our debt to GDP at an alarming rate compared to other G20 countries. However, the Canadian housing and commodity related businesses stand to do well from a reflationary growth environment. The global commodity complex is an area we are watching closely. If it broadly resumes upward momentum, we will have further evidence that the reflationary environment is here to stay, which could yield increased future rates and inflationary pressures.

As we alluded to in our January piece, President Biden has used his majorities in both the House and the Senate to pass a $1.9 trillion dollar stimulus package and is already working on an equally large infrastructure bill. This is part of a broader trend being seen today, which is fiscal policy taking the reins from monetary policy to stimulate economies. There are certainly differences between how a fiscal stimulus cheque deposited directly into people’s bank accounts versus monetary policy and quantitative easing. In the latter. It is logical to conclude that these differences have the potential to result in vastly different economic outcomes, and that while monetary policy failed to yield headline inflation numbers targeted by central banks, fiscal policy of the sort seen recently could push us into a new regime.