US equity markets have continued to display resiliency in the face of continued geopolitical risk, centered around the ebb and flow of the trade war and rhetoric coming from Washington and Beijing. Weakness in markets towards the end of July and into August (Picture 1) were leveled off in September. Despite a constant stream of negative headlines being pushed by most of the financial media, while the global economy is in a slowdown, a recession does not appear imminent. Taking a step back, even with double digit returns in Canada and the US for the year in 2019, on a one-year basis, equity markets have posted modest total returns the severe correction in Q4 of 2018.

Equity markets continue to be led in this cycle by the United States, which also coincidentally exhibits the most resilient economy in the developed world, led by their strong consumer segment. Europe continues to struggle, and the European Central Bank launched another round of stimulus and asset purchases this week to try and combat this. In fact, central banks around the world are moving into an easing cycle to try and sustain the economic expansion, which has been in a slowdown for over a year. The ability for monetary policy to boost economic conditions is subject of debate around many, as rates are at low levels in North America, and most of Europe well into negative yields, with over $15B in negative yield sovereign debt. We believe that fiscal policy will be viewed more favorably by governments as the next lever to pull to sustain economic activity globally, and themes such as global infrastructure stand to benefit from that shift.

Speaking of fixed income, 2019 has proved to be strong for the asset class. Within Canada, the longer duration segment has been the main driver of returns (Picture 2). Particularly longer dated provincial credit (orange line, pane 2). While the yield curve has inverted, which typically precedes a recession, credit spreads remain low to historical averages, signaling that there is not much fear of recession in the credit market. As such, there is a conflicted message coming from the bond market.

Within portfolios overall, over the quarter we have continued to reduce overall equity exposure as we begin to take a more cautious mentality. We have been increasing our alternatives exposure in conjunction with the equity reducing, diversifying portfolios away slightly from broad equity market risk.

Moving forward, economic data and political (both domestic and geographic) risk are going to be very important. With all economic indicators signaling we are in an economic growth slowdown and not a recession, we are still slightly overweight to neutral on equities, and continue to favor US equities due to our view on their economic strength versus other geographies. We monitor economic data on a continuous basis, and should economic data continue to slow, and our recession indicators begin to flash, we will adjust portfolios accordingly.

Geopolitically, the US and China trade war continues to add uncertainly to the global economic outlook, as well introducing higher volatility into the markets. On top of that, we have recently had a drone strike on Saudi Arabian oil infrastructure, which in our view warrants a larger risk premium built into the price of oil on a longer-term basis than being currently priced into global oil prices.

On the home front, we have an election in Canada at the end of October that has large potential repercussions around the future of the Canadian economy and in particular, the chances of major foreign capital coming back into Canadian energy. In the US, the US election cycle and news storm is starting to kick into full swing and the House Democrats are mulling proceeding with impeachment hearings against President Trump. We feel that these news stories will result in a higher level of volatility in the markets than has been the case throughout 2019. This volatility can provide opportunities that we would look to take advantage of. We continue to expect fixed income to move back towards neutral weighting in portfolios commensurate with a reduction in equities if economic data and market conditions warrant, however there are risks in the bond market from a steepening yield curve and credit spread expansion that have us remaining cautious as to where and when capital is deployed in that space, with a preference still to remain on the shorter end of duration. 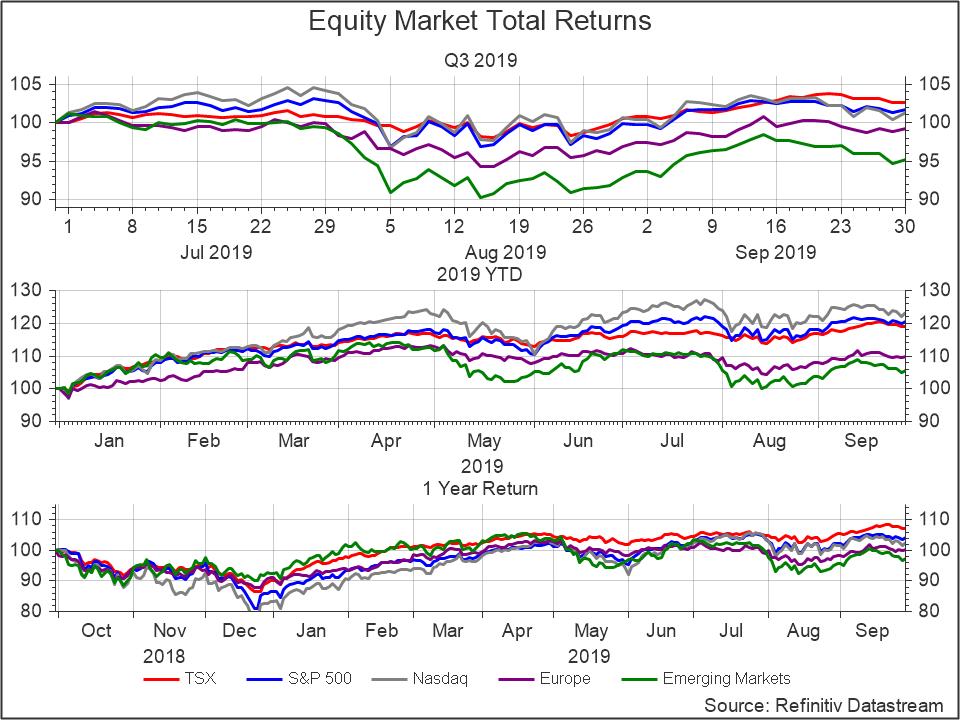 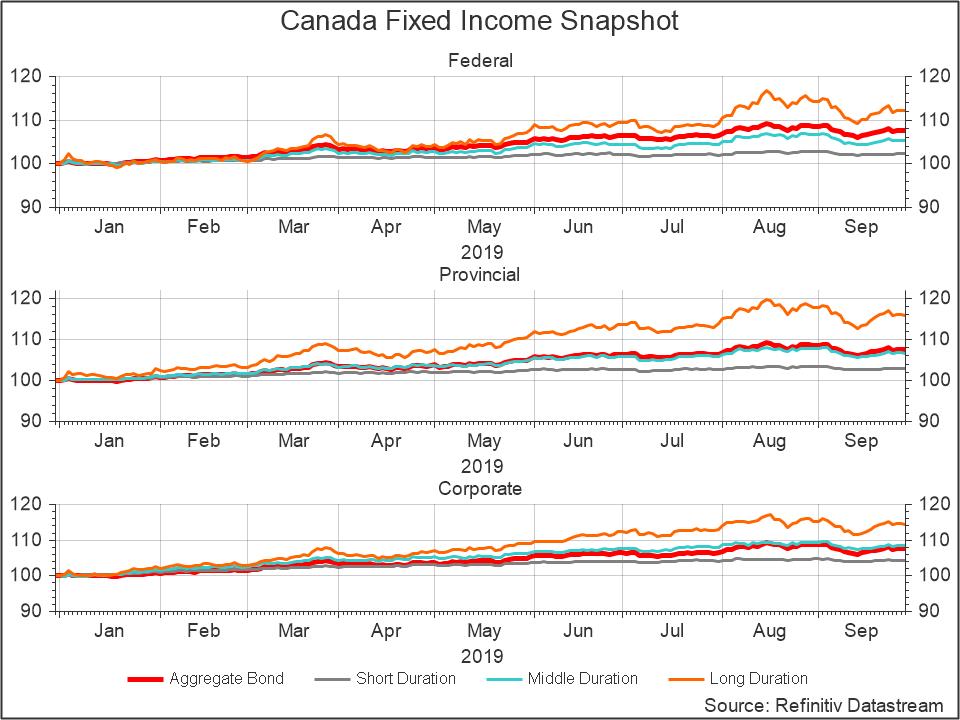 To summarize, while 2019 has been a strong bounce back for North American equities from Q4 of 2018, we are in a global economic slowdown, being caused by a multitude of factors. There remains a high level of geopolitical risk and noise, which can now add increased Middle East tensions to that list, as well as an ebb and flow of trade disputes between the US and China, and now segments of Europe. On top of that, elections in Canada and the US over the next year can shape the political and policy climate and expectations that companies, and investors will be operating under in the future. All these events continue to impact global economies and businesses and cloud global economic outlooks.

Our thinking is founded in institutional processes that we have developed over 27 years. We have relationships around the world with some of the best and brightest minds in the industry, allowing us to capture and compile a wide range of views and data to supplement our internal views to give us as complete a picture as possible. This provides us with what we believe is an advantage, especially in volatile times where we aim to achieve a lower downside capture. This corresponds to a less volatile portfolio and seeks to provides our clients with peace of mind that we are paying attention daily to your hard-earned funds. This can be seen in our founding rules. Rule one is to protect capital, and rule two is do not ever forget rule number one. We are here for you. Please feel free to contact us anytime should you have any questions or concerns.

The opinions expressed in this report are the opinions of the author and readers should not assume they reflect the opinions or recommendations of Richardson GMP Limited or its affiliates. Assumptions, opinions and estimates constitute the author’s judgment as of the date of this material and are subject to change without notice. We do not warrant the completeness or accuracy of this material, and it should not be relied upon as such. Before acting on any recommendation, you should consider whether it is suitable for your circumstances and, if necessary, seek professional advice. Past performance is not indicative of future results. Richardson GMP Limited is a member of Canadian Investor Protection Fund. Richardson is a trade-mark of James Richardson & Sons, Limited. GMP is a registered trade-mark of GMP Securities L.P. Both used under license by Richardson GMP Limited.