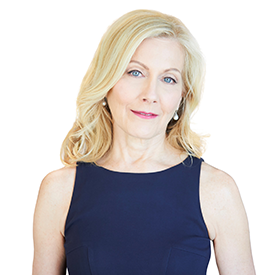 Wilma provides her clients and their families highly personalised service grounded in experience and expertise. With a BA in Political Science and Economics from the University of Western Ontario and a Chartered Investment Manager (CIM) designation, as well as almost thirty years of experience in the investment industry, she offers specialised knowledge honed by thorough, proven practice.

Outside of work, Wilma enjoys spending time with her family and contributes to a range of initiatives supporting professional women and the arts. Over the years, she has been active on committees for the National Ballet School of Canada Fundraising Committee; Women in Nomination; the YWCA Women of Distinction Annual Event Dinner; and the Women's for Women Annual Event at Women's College Hospital. 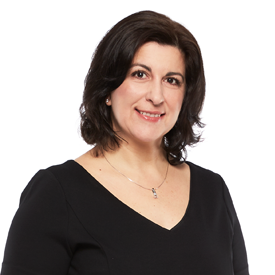 Diane joined Wilma Larratt-Smith's Team as an assistant in February 2019. Having worked in operations for most of her 20-year career, she has a strong administrative background and prides herself in being highly process-driven. After starting in the industry with CM Oliver in 1998, she moved into the role of Operations Liason at Canaccord Capital. In 2000, Diane joined Research Capital, where she worked in Treasury, Securities, and Reconciliation. She was primarily based in their Toronto headquarters but also enjoyed spending two years in their Vancouver branch.

When not in the office; Diane enjoys the arts, travel, crafting, and spending time with her daughter and family.