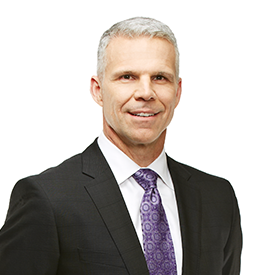 Matt has been an Investment Advisor in Calgary since 1995. In 2014 he became a Senior Vice President and Investment Advisor at Richardson Wealth.  Matt has more than 20 years of experience helping Canadians create and preserve wealth for investment and retirement.

Prior to his financial career, Matt had a successful 10-year career playing football in the Canadian Football League, nine of which were as Captain of the Calgary Stampeders. He is a proud member of the 1992 Calgary Stampeder Grey Cup team.

Matt served as a board member of the Calgary Stampeders Alumni Association from 2011 to 2019, and raised money to help sick and under privileged children in our community. Matt also served as the Honorary Chairman of the Southern Alberta Muscular Dystrophy Association in 1989. Matt holds a Bachelor of Science degree from Eastern Michigan University.