Will Virtual Reality ever become Reality?

At the Abundance 360 conference, I had the opportunity to try out a number of different virtual reality technologies from different companies like Samsung/Oculus, Google and a few others. Each of the technologies that I tried out seemed very impressive, but the question on my mind was what would you actually use it for? Tech companies like Google, Facebook and Microsoft have all made billion dollar bets on their own virtual reality systems in the past year and it will be interesting to see which technology is the first to take off.

Facebook recently purchased a tech start-up called Oculus for approximately $USD 2 Billion. Oculus was a company that was crowdfunded through Kickstarter and in the span of roughly 24 months was purchased outright by Facebook. This move by Facebook had many technology followers scratching their heads as to why a company that is known for their timeline feed and the ‘like’ thumbs-up would make this foray into physical hardware. I had the chance to try out a set of Virtual Reality goggles made by Samsung that employed the Oculus technology and it was a neat experience. While wearing the goggles I could look around a 3D re-creation of the studio set for ‘The Late Show with Jimmy Fallon’. It was cool to experience, but it was a bit odd to be totally removed from everyone else in the room while wearing the goggles. The demonstration was simply a static scene designed to show off some of the basic features of the technology, and it lacked the live show. It was tough to tell from this whether the viewing experience would be materially better than just watching it on a regular TV. 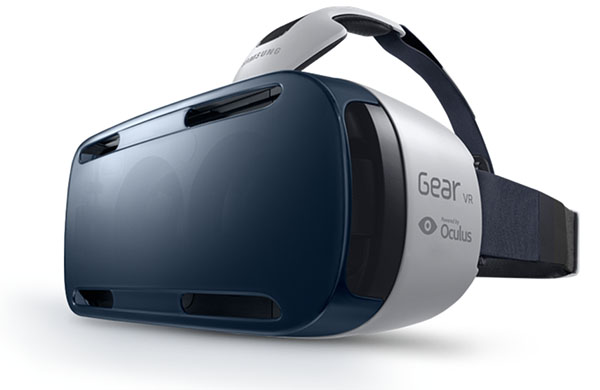 Google has made a few interesting forays into the virtual reality space. One of their first technologies was a simple device called ‘Cardboard’. Google ‘Cardboard’ is literally a corrugated cardboard goggle-shaped product that holds an Android smartphone. The smartphone slides into a slot in front of the eyes and small lenses focus the user’s eyes on the screen. The screen splits in the middle so that each of the user’s eyes sees a slightly different image to create a 3D effect. The gyro and motion sensors in the smartphone move the images with the movement of the user’s head. It is an inexpensive device but proves the concept that even a reasonably powerful smartphone can be all you need to create a decent virtual reality experience. It seems that Google is also using this as an inexpensive way for people to experiment with the technology and to allow developers to try out new and interesting applications for the technology. 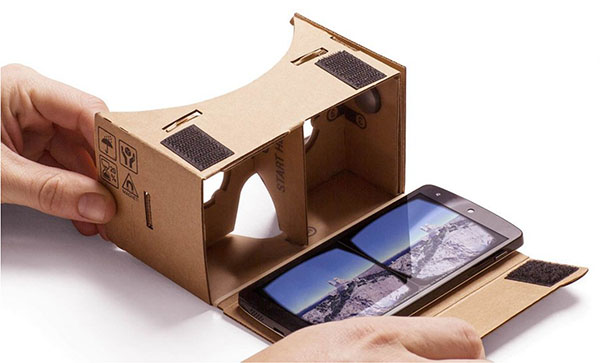 Google also recently led a ~$USD 500 million investment in a company called Magic Leap. This company is working on developing technology that will blend 3D images into the real world. They are quite secretive about how they actually plan to accomplish this. They claim to have developed something called a Dynamic Digital Lightfield Signal™. I don’t know what that means, either.

Microsoft has taken a different approach that mates the real world with the virtual world using holographic technology. The Microsoft product, called ‘Hololens,’ isn’t available yet, but the following video provides a fascinating vision for some of the uses for the final product. It is worth watching the two minute clip for a look at where they see the future of the technology going. 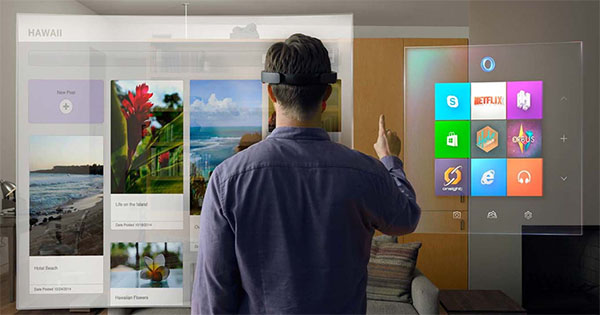 Each of these products is still in the development stages with newer and better versions coming out on a regular basis. The hardware is now quite well developed, but more actual uses for the technology and software that take full advantage of the features of the hardware still need to be developed.

When will virtual reality become ‘reality’?

This is an interesting question, as it is a challenge to predict any technology trend and determine when it will take off. I can’t help but think back to the promise that 3D TVs had when they first came out. A few years ago, you couldn’t take a trip to any major electronics store without passing by a large section of 3D TVs and be tempted by the allure of putting on the funny looking 3D glasses to see the latest 3D Hollywood blockbuster in immersive 3D. It was a pretty cool technology, but I think most of us didn’t rush out to buy it. Today, it is hard to even buy a modern flat screen TV without it having 3D capability built in, but who really uses it? Personally, I have a two year old 3D TV at my home that came with a few pairs of the 3D glasses (with the lenses now covered in fingerprints from my kids playing with them), and a handful of 3D Blu-ray discs sitting on the shelf collecting dust. When I bought the TV, the 3D technology and glasses were basically thrown in as an extra, as it was hard to find even a mid-range TV where this wasn’t the case. It is a neat technology experience when you take the time to sit down and experience it, but how many times to you really want to watch Avatar in 3D anyway? (do you really want to re-watch Avatar at all?)

In hindsight, the TV manufacturers made big bets on 3D technology to boost sales, but found that people were generally happy with the high-definition flat-screen TVs that they had recently purchased. It seemed that very few people were in a rush to buy a new TV with 3D capability just to have the latest thing. The reason is most likely that there just isn’t enough 3D content to watch on it to justify the purchase of a new TV. It is fairly straightforward for a film studio to take the old master films of basically any old movie and turn them into a high-definition content that is available on a Blu-ray disc. However, it is still very difficult to turn old 2D content into 3D content. Even today, there aren’t really any 3D sports broadcasts, or 3D sitcoms or 3D news programs to watch. And who really wants the hassle of putting on some goofy looking goggles at the end of the day, when you are tired and all you want to do is sit and relax for a few minutes?

Will virtual reality be any different?

A few things have evolved to make virtual reality accessible as a consumer product. The first is that the cost and processing power are now at a point where an average smartphone with gyro and motion sensors is powerful enough to run virtual reality software. The lag between what the eye sees and where the head moves must be less than 200 milliseconds, otherwise the brain will pick up the lag and literally give the user motion sickness. So, in theory, a decent virtual reality goggle system will be available for a few hundred dollars in the next few years.

But what will anyone actually use it for?

The first and generally early adopter group is the tech savvy gamers. The hardcore gamers are often willing to pay thousands of dollars to have the latest and fastest hardware to run their multiplayer games. Virtual reality is an obvious next step to get more immersive gaming experience. But what about the rest of us who have little to no interest in shooting each other inside of a virtual world?

Video conferencing and collaboration is one key activity that is highlighted in Microsoft’s Hololens promotional video. Microsoft has a focus on business and enterprise applications and it is clear that their offering will be focused on this type of user. There will likely be very interesting uses for designers of buildings and products. Designers will be able to modify the colour, look or texture of a building or product and experience what the changes look like in real time.

The Microsoft video highlights someone showing another person how to change a drain trap in real time. The implication for the training and education industries could also be huge. For example, learning to perform open heart surgery or change a sparkplug could be done with no cadaver or physical equipment.

Other applications that sound interesting are uses in the travel industry where a customer can pre-view a hotel or resort property before committing to actually going there. People could also get a flavour for visiting a city, or cultural space, or museum before deciding to travel there in person. Perhaps the technology will get so realistic that it will reduce the need for actual physical travel.

The real estate industry could also benefit from the application of virtual reality to showcase houses or apartments. Potential buyers would be able to tour numerous properties without ever having to set foot in them.

While there are numerous potential uses for the technology, it isn’t currently clear whether any one of these has enough of a practical draw to really take the technology to the consumer mainstream. The percentage of the population that is actively looking for a house, or who works as a designer or architect, is relatively small compared to the general population. The gaming community will likely adopt this technology as this is a group that tends to like the latest and most advanced technology, anyway. Virtual Reality technology will allow people to have more immersive and interactive video conferences with someone else across the world, but can it really replace the intimate nature of taking someone out for dinner and sharing a meal? When you stack all of this up, are there really enough useful applications to justify the massive investments that are being made? There are sure to be uses that no one has even thought of yet that will disrupt entire industries. Perhaps the technology will become so good that people travel less and congregate in new and different ‘virtual’ ways. Or is virtual reality going to be another 3D TV type flop in the consumer space? We will be sure to find out in the next few years.