What’s all the fuss about NFTs? Another speculative bubble or the next evolution of the blockchain? 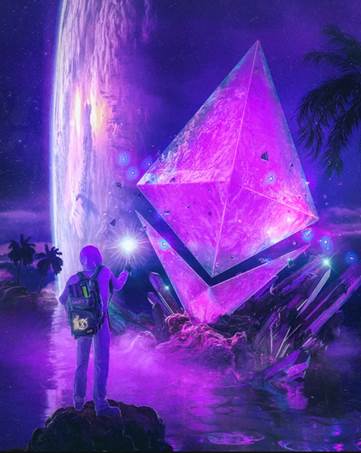 For those who don’t follow the world of cryptocurrencies closely, the evolution from Bitcoin, Ethereum, and Dogecoin to the 18,000 other new ‘digital currencies’ that have launched in the past several years continues with the creation of NFTs or ‘Non-Fungible Tokens’. Simply spelling out the acronym N-F-T as ‘Non-Fungible Token’ likely doesn’t do much to help lift the cloud of confusion for most readers. The definition on Wikipedia doesn’t provide much more:

“A non-fungible token (NFT) is a non-interchangeable unit of data stored on a blockchain, a form of digital ledger, that can be sold and traded.”

Non-fungible means that each token is unique and therefore not ‘fungible’. Examples of fungible items are things like currencies (Dollar, Peso, Euro, Bitcoin etc) or commodities (ounce of gold, barrel of oil, pound of copper etc) or essentially an item that is the same as every other item in its class or can be benchmarked against something with similar value. Assuming the quality is the same, one gram of copper or gold has the exact same value as any gram of copper or gold. Non-fungible items are things like a famous piece of art, an antique car, a one-of-a-kind baseball card or an autographed collectible, where the value is unique for every item.

How does a digital item have unique value?

The simple advantage of a digital file is that it can be copied exactly, with no loss or degradation in quality. While an original Picasso or Van Gogh is unique and the scarcity of the master’s original is obvious in the fact that it cannot be copied or re-printed to the exact detail of the original, any college student can decorate their dorm room with posters of the same pieces knowing that it is simply an affordable poster re-print. In the art world, believing that an NFT can have unique value takes some understanding of the technology backing the idea of what makes an NFT truly ‘non-fungible’. Anyone can copy a digital file or take a screenshot of an NFT and have the exact same image as the original, but only the original buyer holds the ‘digital key’ proving they are the original owner that is registered on the blockchain. One must believe that the value of being the registered owner of a digital file or image is worth the cost when an infinite number of identical duplicates can co-exist simultaneously. Skeptics feel that this is simply another bubble or case of the greater fool theory where buyers expect their item to continue to appreciate in value as another ‘greater fool’ with deep pockets comes along to buy it from there. 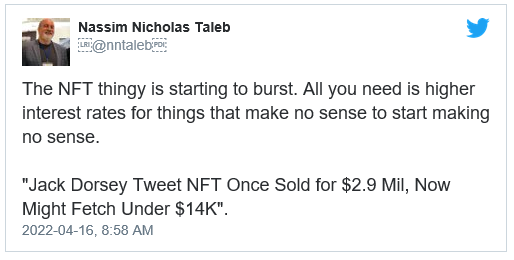 Eventually the world will run out of fools with money, but the hype continues to grow. In December 2021, an NFT titled ‘The Merge’ by artist Pak sold for $USD 91.8 million, surpassing the previous record set earlier in the year by an NFT called ‘Everydays’, which was created by digital artist Beeple and sold for $USD 69.3 million. 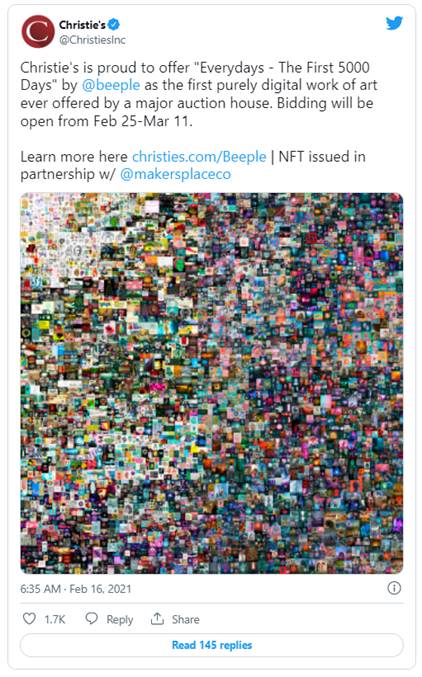 Another famous string of NFT sales was the series of 10,000 CryptoPunk images, with the highest value pieces selling for $USD 23.7 million, $USD 11.75 million and $USD 7.67 million. As the time of writing, the lowest priced CryptoPunk image is offered for sale at $USD 239,253! So, if you have a quarter of a million dollars burning a hole in your pocket, you too could join the exclusive club of 10,000 others and have the rights to your own image like the ones shown below.

How do I get in on this game?

Seeing simple images like this sell for millions of dollars is enough to make one re-think their career choice. Many NFTs are beautiful, innovative and creative works that rival the likes of physical artwork, such as those created by the artist ‘Beeple’ shown in this blog post. Beeple has embraced digital art and NFTs to launch a successful career and has produced a new piece of digital art for 5,468 consecutive days (as of April 20, 2022). The devotion to a single craft every day for nearly 15 years deserves much credit and makes the case for his rightful place as a legitimate artist. He has produced some fascinating and detailed work – an archive of his collection is available on his website..

On the other hand, it is hard to argue something with the simplicity of the CryptoPunks series couldn’t be duplicated by a child on an iPad. How does one set of images like this become worth millions while anything that is created as a copycat would most likely languish with no awareness or value? I suppose it is the same in the world of art or music, where millions of artists struggle in obscurity while a handful make it big and become household names. Predicting the ones that make it big is easier said than done.

As we move into the virtual world of the ‘Metaverse’ proponents believe people will spend more and more time online interacting with each other. This is at least the hope of Mark Zuckerberg, who recently changed the name of Facebook to ‘Meta’ to encompass his vision of his company’s role in the future. The big bet is that people will eventually spend a most of their free time online in virtual worlds or ‘Metaverses’ and will spend money on virtual items, clothing, real estate or art to show off, presumably to impress their ‘virtual friends’. The idea that someone will pay for ‘virtual real estate’ seems a bit laughable at the moment, but the early adopters may have the last laugh, as in the example of the CryptoPunks series where the originals were essentially offered for free (buyers only paying the transaction charge on the Ethereum network) and now hold an item that is valued at a minimum in the hundreds of thousands of dollars. Should virtual real estate take a similar path, the early investors of the most prime locations could be sitting on a virtual gold mine. There is clearly a lot of survivorship bias in this reality, as the only NFTs that make the news are the successful ones that sell for an impressive price and make a splashy headline. The unsuccessful ones will simply fade away and be forgotten in the wasteland of technological history. In a virtual world, where the cost of creating new NFTs, virtual real estate or goods is essentially zero, there are likely to be a lot more projects that don’t go anywhere than successful ones.

My 12-year-old son got a set of Oculus Virtual Reality goggles for Christmas, produced by a company that was acquired by Facebook/Meta in 2014. The technology has come a long way since the first time I tried a virtual reality headset five or six years ago, as it requires no cables or separate gaming computer to run. The Oculus headset packs in the visual interface, accelerometers, processors, audio, rechargeable batteries, and wireless connectivity in a relatively lightweight wearable format. The visual field moves as the user’s head moves in a very seamless way.

After the kids had all had their turn on the device and grown tired of the handful of games that we purchased, I got my turn to try it out. While experiencing the virtual worlds for the first time is impressive, the novelty quickly wore off as I became somewhat dizzy and felt the onset of motion sickness after about 20 minutes of use. The experience is also highly isolating, as the only games that we own are single-player games and we only have the one headset in the house. To play and interact with others we would need several VR headsets and I’m not about to drop another $600 per person on more VR headsets, when the first unit is seeing limited use. I suppose I could interact with strangers playing the same games online, but for some reason that has limited appeal for a 43-year-old dad. I’m sure the technology will continue to improve to the point where the virtual worlds are indiscernible from reality, but that day feels like it is still quite a few years off.

What will come of the hype? …Remember 3D TVs?

A decade or so ago, new TVs all hyped the latest feature of 3D compatibility attempting to lure buyers in for an upgrade. I am guilty of purchasing a TV with this feature, as it was almost impossible to buy a decent TV at the time without 3D as a feature. I think I used it once to try it out. (How many times can someone re-watch Avatar?) I’m sure most buyers have a similar experience, as sitting at home wearing bulky 3D glasses just to watch a movie is a bit of a hassle when watching the same movie in 2D is more comfortable and essentially the same experience. 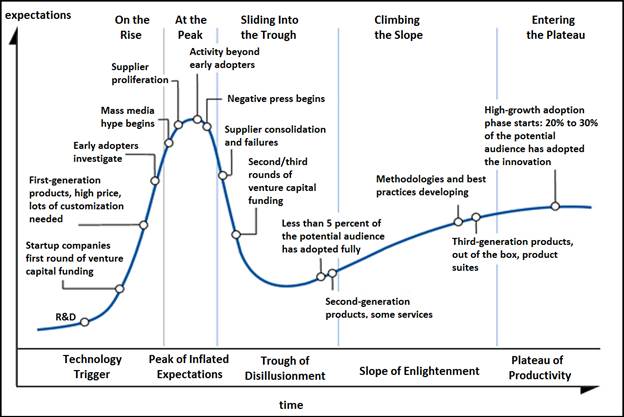 Will VR goggles suffer the same fate? And what about NFTs?

Virtual reality is likely moving from the ‘trough of disillusionment’ to the ‘slope of enlightenment’ as described in the graph above of Gartner Technology Hype cycle. NFTs on the other hand are likely at the ‘peak of inflated expectations’ and starting to fall into the ‘trough of disillusionment’ as the sector is starting to see some negative press and the appetite from the public to spend real money on virtual goods seems to be waning. 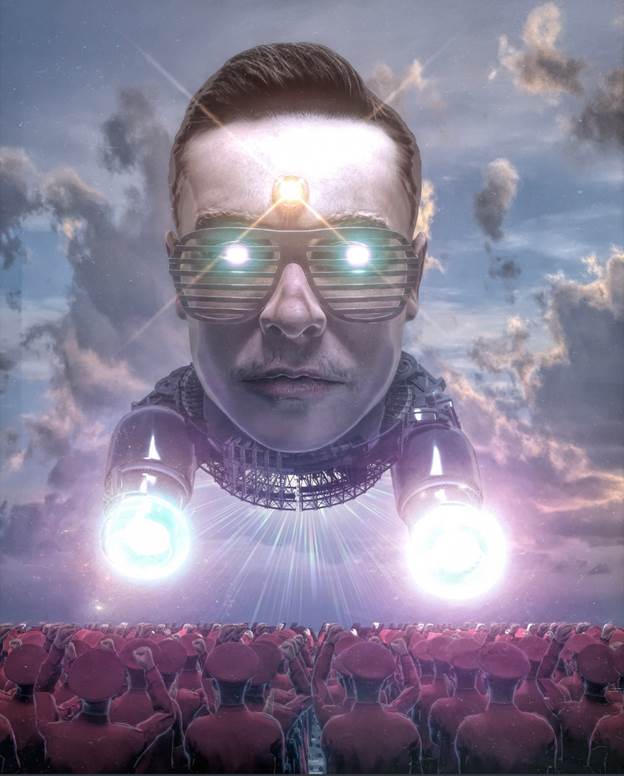 While one may think we may never live in a virtual world, proponents make the case that we may already be there. Elon Musk stated in an interview on the Joe Rogan Experience podcast in 2018 that “there is a one in a billion chance that we are not already living in a simulation”. His logical argument is that if computer technology and VR interfaces continue to improve, even at a few percentage points per year, there will be a point in the future where virtual reality and actual reality are indistinguishable from each other. Therefore, how would we know that we aren’t already living in a simulation?

Maybe the early adopters, already spending most of their time living in virtual worlds using cryptocurrencies to purchase NFT artwork and virtual goods to furnish their virtual homes, aren’t so crazy after all. I suppose we can only wait to see how it all turns out in the next few years.