Would you fly in an electric powered airplane?

There is more to this question than someone’s irrational (or not so irrational) fear of flying. We have all heard the trite saying that ‘you are more likely to get in a car crash on the way to the airport than a plane crash on the way to your destination’. Although the statistics are almost always in favour of air travel as one of the safest ways to travel on a per mile basis, there is nothing inherently safe about zipping through the air, high above the ground in a sealed metal tube. It is all well and good to have confidence that the odds are extremely low that anything will happen when you are flying, but I can say from experience, the odds of a mishap are not zero. (Click here for my story)

My interest was piqued last month when I read a news article about Vancouver-based Harbour Air converting their fleet of DHC-2 ‘Beaver’ and DHC-3 ‘Otter’ seaplanes to electric motors and battery power. The move to electric would make this regional airline the first in the world to operate an electric powered aircraft fleet offering regularly scheduled passenger flights. The company’s first test flight took place on December 10th, 2019 with the goal of certification for full commercial service by 2022. 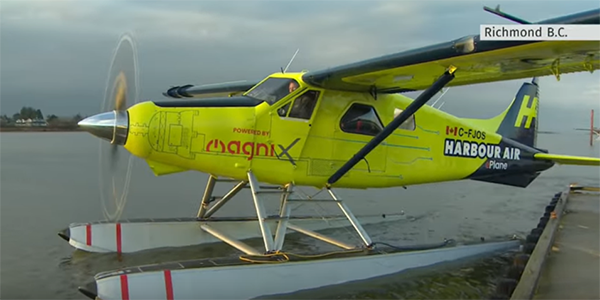 Harbour Air serves a unique market of short distance seaplane routes that is ideally suited for this type of conversion. Most of their flights are less than 30 minutes in duration (Vancouver to Victoria or Nanaimo, for example) and are all done by float planes that take off and land on water. The ‘Green-leaning’ local population and BC provincial government are certainly supportive of this step by the company. The company will also benefit from significant cost savings after the conversion, as the fuel normally burned for one hour of flight works out to around $300 per hour, while the same amount of electric charge costs between $15-$20. 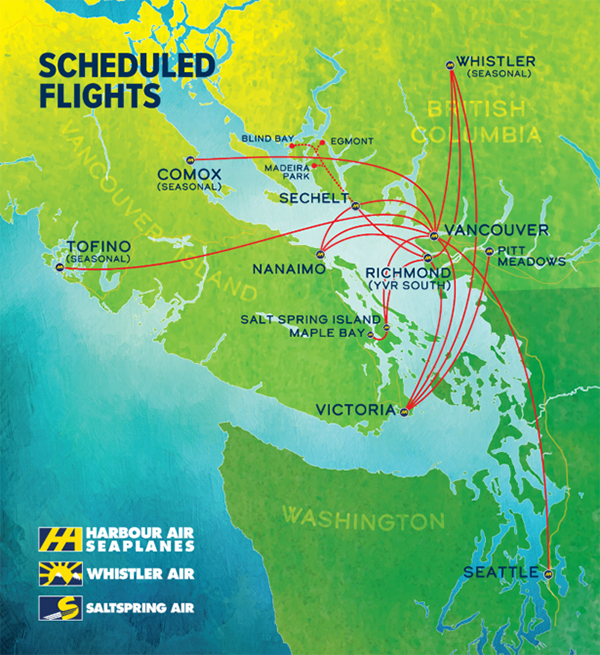 First introduced in 1947 and 1952, the DHC-2 ‘Beaver’ and the DHC-3 ‘Otter’ are aircraft with a storied history as bush planes used in remote parts of Northern Canada and around the world. While both the DHC-2 and DHC-3 ceased production in 1967, hundreds of these types of aircraft are still in service worldwide. Therefore, even the ‘newest’ Beaver or Otter aircraft, built in the last year of production in 1967, would be over 50 years old. In a world where people replace their phones every 2 or 3 years or lease a new car every 4 or 5 years, getting into a 50 to 70-year-old aircraft seems like something from pre-historic times, from a technological standpoint. Cars from the 50’s and 60’s have their loyal fans and followers, but these are seldom an owner’s daily driver. I would certainly be surprised if my Taxi or Uber driver showed up in a Cadillac Eldorado from that era, such as the one below. 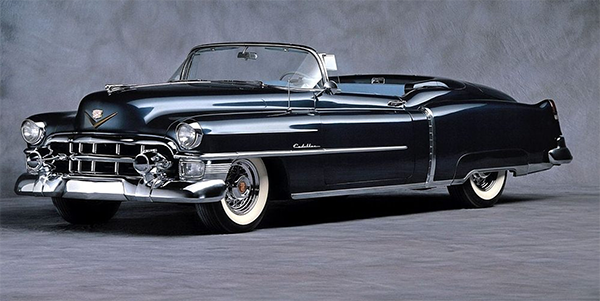 While I won’t claim to be an authority on either electric vehicles or small aircraft, I do have a background in mechanical engineering and have firsthand experience with both. I can certainly appreciate the simplicity of an electric motor directly driving a propeller, compared to the dozens of moving parts in a combustion engine.

It is a testament to the original design and engineering of these Canadian designed and built aircraft that they remain in commercial service today. The airframe is very rugged, and the engines and drivetrain parts are re-built or replaced on a regular service schedule to keep these half century old aircraft running like new. (It’s a bit like the old saying about grandfather’s axe — “Well I have replaced the handle twice and the head once, but it is still good as new”) 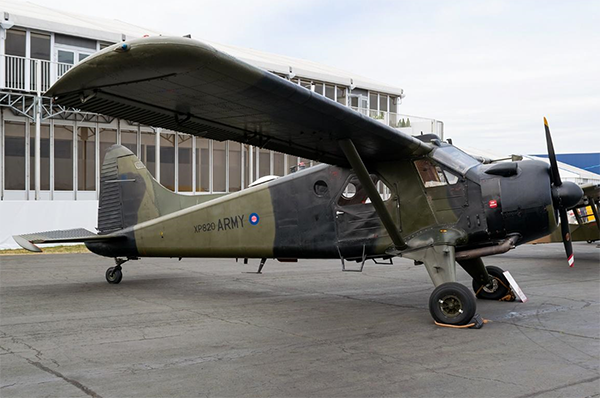 The engineering problem of converting an airplane to electric power isn’t as simple as moving the propeller. Battery power carries a heavy weight penalty compared to the energy density of liquid fuels and getting an aircraft off the ground is always a function of the power to weight ratio. Even the best battery technology of today has roughly 1/5th the energy density of conventional fossil fuels. 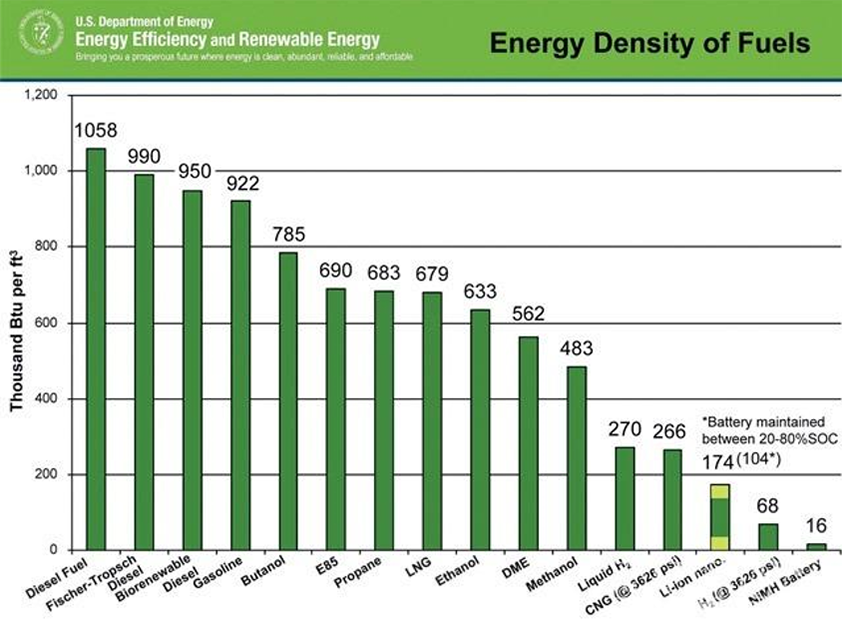 The added weight of the batteries is partially made up for by a smaller and lighter electric motor that produces about 50% more power than the base combustion engine that it replaces. The switch to an electric motor from a combustion engine reduces the noise level during take-off by about half, which is surely a welcome change for the residents living near the flight path. The electric system is also not affected by altitude or humidity levels as the air/fuel mix in a combustion engine system is. Cold weather and freezing temperatures could affect both types of aircraft, but battery systems are likely to suffer more in cold weather.

The main drawback is simply the reduced range, as the electric system and batteries only provides around 160km of range (plus about 80km or 30 minutes of reserve power). Most of Harbour Air’s routes are less than this distance, making this region a unique niche to test the technology. The bulk of air travel happens over land between major cities, and 160km is a laughably short distance for most air travel routes in the rest of the continent. For example, no one from Calgary would realistically consider flying 150km to Red Deer (only halfway to Edmonton). Adding up the time it takes to drive to the airport, park the car, clear security, board the plane, taxi down the runway and take-off, a driver would already be most of the way to their destination. The time and convenience of being able to depart and return whenever you need to, as opposed to being beholden to an airline schedule are also obvious advantages. However, the nautical barriers between the cities in Harbour Air’s routes put the advantage back to flying over taking driving and taking a ferry.

Today’s battery technology is the limiting factor to extending the range for electric aircraft and expanding the application of electric power for air travel outside of specific niche markets. However, technology continues to march forward, and battery tech is likely to improve to the point where the energy density is comparable to that of a liquid fuel tank in the next few decades. Current lab tests have demonstrated next-generation battery technology that rivals the density and performance of fossil fuels, but these technologies still have a long way to go before they are proven at scale and have the reliability to be used in commercial aviation.

Looking back at history, the Wright Brother’s first flight at Kitty Hawk was only around 120 feet in distance and a few feet above the ground, but 25 years later, Charles Lindberg crossed the Atlantic in the first-ever non-stop flight (pulling off a 33 and a half hour of solo flight without sleep). And today we can fly a commercial jet in relative comfort to nearly anywhere on the planet in less than a day.

Taking a 70-year-old design and retrofitting an electric motor to drive the propeller is a clever way to introduce electric power to the aircraft industry, as it eliminates the need for certifying an entirely new aircraft. However, other companies are taking advantage of the latest modern technology, design and lightweight materials to build and electric aircraft with an entirely new design. One company leading this effort is Israel based Eviation, which is developing a 9-passenger electric powered airplane with a 1000 km range. This type of range opens-up far longer regional routes, like flying from Calgary to Vancouver and anywhere in-between. While it might be a while before we are flying across the Pacific in an electric powered aircraft, taking short hops on specific routes on a modern quiet electric aircraft will be a reality sooner than you think. 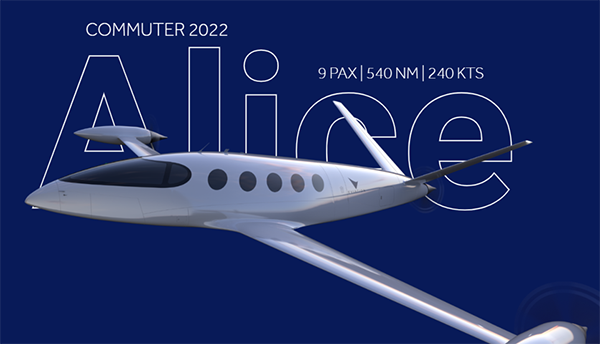 Back to my original question — would I fly in an electric powered aircraft? I might not be the first one to buy a ticket for a flight on an electric aircraft, but given the fundamental simplicity of an electric drivetrain over the dozens of moving parts in a traditional piston engine I would definitely consider it.