So what’s the deal with Bitcoin? 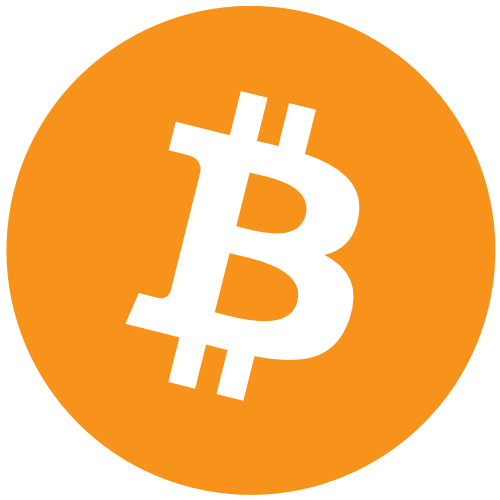 In the same week I read a news story on how professional traders are looking for ways to profit from the inevitable collapse of Bitcoin by finding ways to short-sell the popular ‘cryptocurrency’ and another investment newsletter described how Bitcoin still has the potential for another fifty-fold increase in value in the future.  The CEO of JP Morgan, Jamie Dimon, recently stated that Bitcoin is a fraud and he would fire any employee caught trading it.  While down the street, Goldman Sachs announced they are starting up an in-house Bitcoin trading group.  Basically, one thinks the value of Bitcoin is going to the moon and the other thinks it is going to zero.  Who is correct? 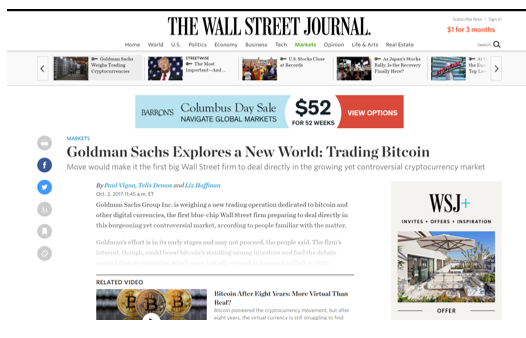 The rise in value of Bitcoin and other cryptocurrencies this year has caught the attention of many news organizations, government regulators, financial institutions and start-ups.  I’ll attempt to explain what is going on and how Bitcoin works, in what is likely to become a multi-part series on the topic.  Entire books have been written on the topic of Bitcoin and the underlying blockchain technology, so I’ll do my best to summarize and give a good primer on the topic.

Let’s get this out of the way at the outset – I can’t make investment recommendations one way or another in this note, so you will have to do your own research and decide for yourself whether you have the stomach to buy Bitcoin or another cryptocurrency or blockchain technology start-up.  It is an extremely volatile ‘currency’ that often has daily moves up and down of 15% or more.  Other cryptocurrencies are potentially even more volatile.  Bitcoin’s largest competitor ‘Ethereum’ experienced its own flash crash recently, where the value fell from around $300 to pennies in a brief span before popping back up as if nothing happened.  The world of cryptocurrencies is largely unregulated and can be compared to the wild west of speculative investing.  It is definitely not for the faint of heart.  If investing in Bitcoin is something that you are interested in, please give your advisor a call and discuss the risks and whether it is an appropriate investment.

How does something that exists only in the digital realm of bits and bytes and can’t be seen or touched have value?

The simplest way to explain Bitcoin is that it is a currency like any other.  Civilizations around the world developed a variety of types of value exchange to facilitate trade throughout history.  Direct barter is not always practical as a means of trade as you may not have to offer what someone else wants.  For example, as a farmer you may need to buy new clothes but only have eggs or grain to trade for other goods.  The tailor may not need dozens of eggs all at once or not have a large family to feed. Therefore, money was created as a standard store of value that anyone could use to trade in exchange for goods and services at any time.

Historical methods of standardizing a form of value exchange included seashells, tokens, beads, gold and silver coins before governments and central banks created ‘fiat’ or paper currencies backed by the faith in the government and economy of a country. The common thread between these forms of value exchange was that they represent some scarcity, they were transportable and the simple notion that people perceive them to be valuable. Thinking of it in these terms, it isn’t such a stretch to compare a shiny yellow metal to paper currency with numerical values and former prime ministers, monarchs or presidents printed on it to a digital currency that is backed by an algorithm that ensures its scarcity. All of them have value because people think that they do. 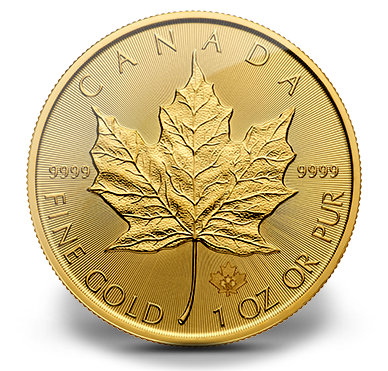 Gold existed as a currency because its scarcity is limited by the amount of gold on the planet and with every ounce of gold that is mined, the next ounce becomes increasingly difficult to mine as ore bodies become depleted and mine shafts go deeper into the earth. Gold however, is not as practical for day to day commerce as it is heavy and difficult to transport over long distances. Fiat currencies created by governments can be transmitted electronically, but they are not necessarily scarce, as governments and their central banks can simply print more and increase the amount of money in circulation, which they do. This has been evidenced in extreme cases of hyper-inflation or runaway money printing by unstable governments such as Zimbabwe and Venezuela. Bitcoin aims to take the pros of both: It is scarce and it it can be transmitted over electronic communication channels to anywhere in the world and it isn’t controlled by any government entity.

So how does Bitcoin have any scarcity if it is only an electronic medium?

The architects of Bitcoin released the source code and parameters of the currency to the public at the outset, so that it could be vetted by top programmers from around the world.  Any changes to the code would also be public and therefore it would be nearly impossible to make any changes without the scrutiny of the entire Bitcoin community.  Bitcoin’s programming also stipulates that only 21 million Bitcoins can ever be created.  To date, roughly 16.5 million Bitcoins are in circulation with the 21 millionth coin forecast to be minted in the year 2140.  The remaining 4.5 million Bitcoin will be slowly released into circulation through the process of ‘Bitcoin mining’ or verifying the ongoing Bitcoin transactions.

The value that people see in Bitcoin is the simple fact that people attribute value to it the same way that gold has value or US or Canadian Dollars have value.  If you can get your head around the fact that gold is a shiny metal that people think is valuable, then Bitcoin is a step to the virtual world with a system that has built-in scarcity. At the moment, a single Bitcoin is worth about $USD 5600 so the designers built in the ability to transact in increments as small as 0.00000001 of a Bitcoin (called a Satoshi – named after the mysterious creator of Bitcoin).

The other unique feature design of Bitcoin is that all transactions are verified by a network of peers through the process of ‘Bitcoin mining’ on the ‘blockchain’. The concept of ‘blockchain’ means that every Bitcoin ever created has a record of every prior transaction, transfer and division that it has been a part of that is verified by multiple parties and stored in the public record. This is significantly different from traditional two-party transactions (for example the transfer of funds between a bank to a customer) where the credibility, identity and transaction details are all required for the transaction to work but none of the details are ever verified or viewed by any other party. The difference might seem like a nuance, but it does eliminate the need for traditional banks to be directly involved in storage and transfer of funds. Two people simply transfer bitcoin between each other and the transaction is verified by other in the network. The topic of Blockchain technology and the broad applications is likely the topic of another blog post.

So why all of the hype? If monetary transactions all happen in the background already, how does this change my day to day life?

Like most hyped-up technologies, the initial promise takes some time to deliver.  The current trend is that groups are creating new forms of ‘Bitcoin-like’ currencies with different features (faster transaction processing or the ability to link digital items like digital music or videos to the currency) in an attempt to create a more versatile currency that will unseat the Bitcoin and Ether as the leading digital currencies.  This is where things go into a grey area.  These groups offer what is called an ‘Initial Coin Offering’ or ICO.  This is similar to an Initial Public Offering of company shares when a new company begins trading on a regulated stock exchange, except that there is basically no regulatory oversight.  I did a quick internet search and I found that there are now over 80 different types of cryptocurrencies available, each with different features.

The screenshot below shows 32 of the 80 plus cryptocurrencies that have recently launched. 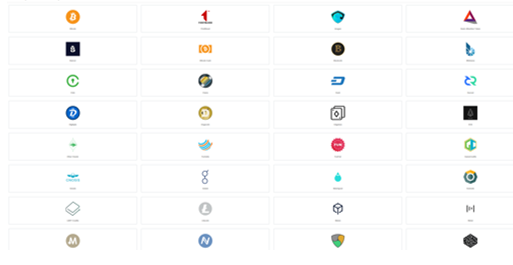 If you purchase coins or tokens in an ICO, what are you actually buying? Is it like owing shares in a public company where you have a claim on the company’s cashflow, growth in the business and have shareholder voting rights? Or is it like owning gold bars in a bank vault where you can take delivery on request? The answer is that it is probably neither. The creators of these ICOs have structured them such that they are outside the realm of financial securities legislation, as you aren’t buying a company’s shares that have been backed by the due diligence of an investment bank or filed a prospectus that details the risks to investing. The underlying companies launching these new types of digital currencies through these popular ICOs are often domiciled in jurisdictions that operate outside of the purview of North American financial regulators and therefore, if there is a case of fraud or the technology fails to gain acceptance there would be little to no recourse against the backers of the offering.

By chasing the latest ICO or Blockchain technology startup company, you are likely following the ‘greater fool’ theory, whereby you are buying in knowing that it is a speculative bet (and likely a foolish one), but you are hoping that a greater fool will come along and buy your tokens, coins or shares from you at a higher price. This behaviour was rampant in the .com bubble days where anything with a ‘.com’ in the name of the company was bid up to ridiculous heights based on dubious fundamentals. Will every single one of the 80 plus new cryptocurrencies be adopted by the general public? I think that it is highly unlikely…

Of course, there were some winners that came out of the wreckage of the .com bust, but how do you pick the next Microsoft or Google of the Bitcoin world as the one winner from the hundreds of companies or different types of digital currencies out there? Time will tell how it all plays out, but we are likely near the peak of inflated expectations and entering the trough of disillusionment as the adoption and change takes longer than expected and things don’t live up to the hype of changing the world overnight. 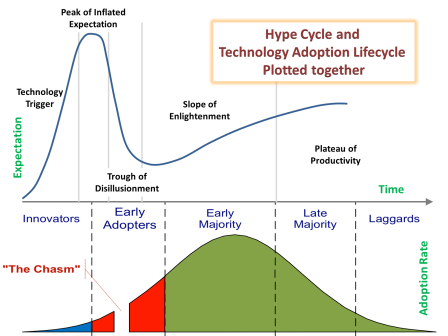 If you are interested in reading into the topic in greater depth there are a few resources that I found that are worth exploring. 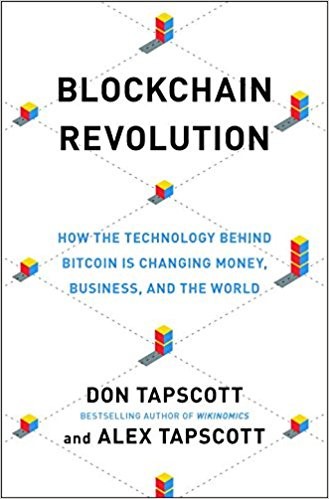 The book: ‘Blockchain Revolution’ by Don Tapscott and Alex Tapscott is a comprehensive look at the space.

The fine folks at Goldman Sachs have put together an interactive website at the link below that does an excellent job of explaining the blockchain concept and other applications for it. 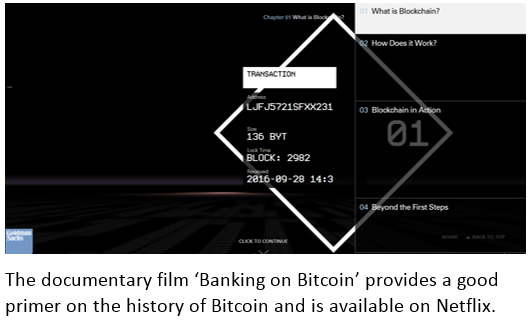 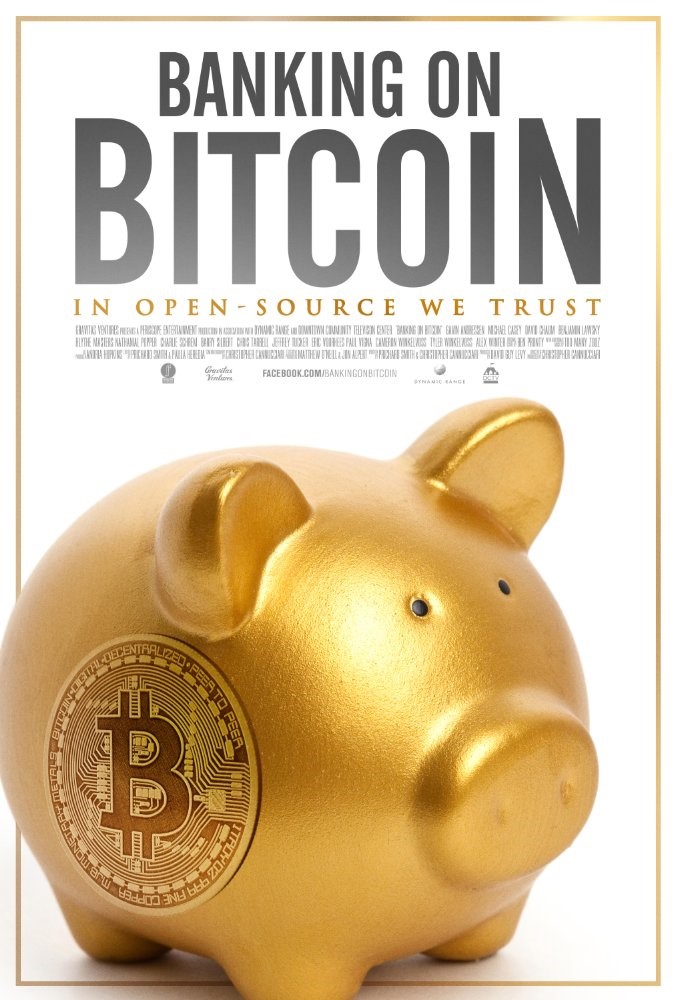