On July 5, the Swedish automaker Volvo announced that by 2019 all of the passenger vehicles that it produces will have some form of electric power. The three options will be either full electric, plug-in hybrid or the so called ‘mild hybrid’. While Volvo’s sales are relatively small as a percentage of major markets (roughly 0.5% market share in North America and 2% in Europe), the move is still significant in the underlying shift and effort that it will take to re-design their vehicles and re-tool their factories to incorporate the change. As we are now halfway through 2017, based on this announcement the last gasoline-only Volvo will roll off the assembly line in only 18 months. The Volvo announcement likely wouldn’t have been possible without the backing and pocketbook of their new Chinese owner Geely Automotive. With tighter emissions regulations coming to Europe and the Chinese markets, this move should position the company well.

Other automakers have made similar announcements with the famous sports car brand Porsche announcing that 50% of its vehicles will be electric by 2023. This announcement may annoy the automotive purists that love the Porsche brand for their roaring gasoline engines with manual shifting, but I suppose the remaining 50% of their vehicle line-up that will not be electrified will satisfy this group’s tastes. Though the traditional gasoline powered sports cars may suffer from poorer performance than their electrically charged counterparts.

While the perception that electric cars are for tree-huggers may be partly accurate, as many models are small economical vehicles that are designed purely around efficiency and getting through a daily commute, readers may not be aware that Tesla made headlines earlier this year with the release of their latest ‘P100D’ Model S sedan that tested the fastest 0-100km/h (0-60 mph) that had ever been recorded at Motor Trend, making the trip from a standing start to highway speed in only 2.3 seconds. The Tesla also matched quarter-mile acceleration time of the top of the line Porsche Turbo S, covering the drag strip in only 10.5 seconds. This is comparing a 5000lb four-door ‘family’ sedan to a purpose-built two door sports car. While combustion engine technology seems to have hit a plateau after 100 years of development, it seems that electric car technology is just getting started and Porsche is jumping on the bandwagon to play catch up.

If you have a few minutes, the video link below shows the drag race and comparison of the latest Tesla offering with the Audi RS7 and Porsche 911 Turbo S.

The author makes some good points that the technology is still in early days, with electric cars making up only two-tenths of one percent (0.2%) of the current North American vehicle fleet, but the data that he references seems to be missing the point of where the marketplace is heading. New vehicle registration data in Canada shows that the combined categories of 100% Battery Electric Vehicle (BEV) and Plug-in Hybrid Electric Vehicle (PHEV) are growing significantly. BEV/PHEV sales in BC and Quebec now represent 3-4% of overall new passenger vehicle sales. In Ontario the number is approaching 2%. While these percentages seem small, going from 1% in January 2015 to 2% in January 2016 and 4% by mid-2017 is a steady doubling every 12-18 months. The number of models offered has also expanded rapidly with nearly every major manufacturer now offering some type of vehicle that is able to run on electric power alone. 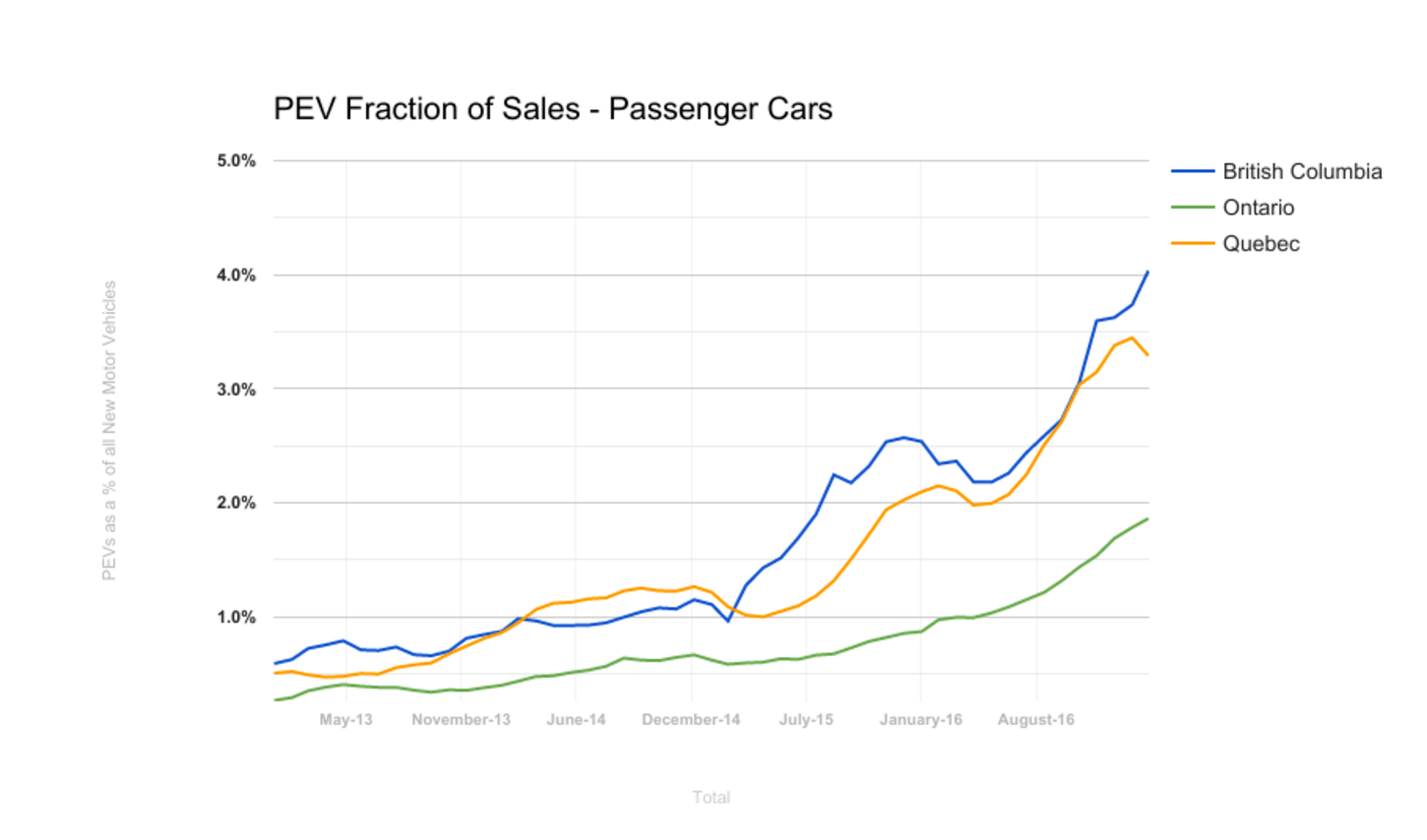 The initial ramp-up in sales of electric vehicles appears to be following the so called ‘technology S-curve’ that has been demonstrated by the adoption of other new technologies. Remember the switch to DVD players from VCRs? Or the adoption of smartphones from regular cell phones or the Blackberry? Once the shift was underway, the change seemed to happen almost overnight. Hypothetically, if the rate of adoption of electric vehicles over combustion vehicles continues to double every 12-18 months, we are only 6 to 10 years away from 90% market saturation! Obviously, the market share of a specific technology can’t exceed 100% and the growth rate has to slow down as the upper limit approaches. But if 90% market share is reached, the growth rate beyond this point doesn’t really matter anyway. At this point, it is only a matter of time before gasoline vehicles wear out and they are replaced with a new fleet of electric cars. With the news of governments shifting policy to favor electric vehicles with rebates and other incentives as reflected in the Ontario and BC

markets and major automakers shifting their design and technology to this area, it seems reasonable that this prediction will come to fruition.

An example of another country that has adopted electric cars in a meaningful way is Norway. As of last month, electric cars made up approximately 43% of new car sales in this small Nordic country. Although Norway is heavily endowed with oil reserves, they also have vast hydro-electric generating capacity, to the point where they have adopted a national policy to favor running their own country on ‘green’ electricity and exporting their oil to other countries. Norway offers significant incentives and rebates to buyers of electric cars and the sales have taken off as a result. Although not every country has the good fortune of possessing abundant hydroelectric power, to some Norway is viewed as a picture of the future of the vehicle market once the cost of electric vehicle is competitive to gasoline powered vehicles without subsidies.

In another recent National Post article, the author discusses the rate of adoption of electric cars in Norway and the potential demise of the gas station there. It suggests that traditional gas stations need to adjust their offering to offer electric vehicle charging and longer stay restaurant options to adapt to the shift in the marketplace.

What are the key developments that are allowing the potential sudden shift from fossil fuel powered vehicles to electric? The main drivers are battery technology, computer processing power and the availability of charging stations. Both battery technology and computer processing power are steadily improving while combustion engine technology has all but matured to the smallest of incremental gains each year. Battery technology has reached a point where an electric car at a $40,000 price point has a range of over 350km, which is a useful range for most drivers considering that with an electric car, the driver generally leaves home with a full charge. Assuming battery technology continues to improve at a rate of 10%-15% per year, the convenience and range will only improve. Microchip technology and computer processing power comes in to play when self-driving features are added. Current microchip technology is not really the limiting factor as the processing power is being built into today’s cars, however the software needs further development and testing before more expansive self driving features can be rolled out at scale. Charging stations continue to be built out at hotels, shopping malls and along major highway routes making range and convenience less of an issue.

The other question is where on the technology ‘hype curve’ electric car technology is currently at. The ‘hype curve’ is an interesting concept, as it takes into account the expectations of a technology versus the reality of its adoption and implementation. The chart below provides a good explanation of the path and various stages of the ‘hype curve’. 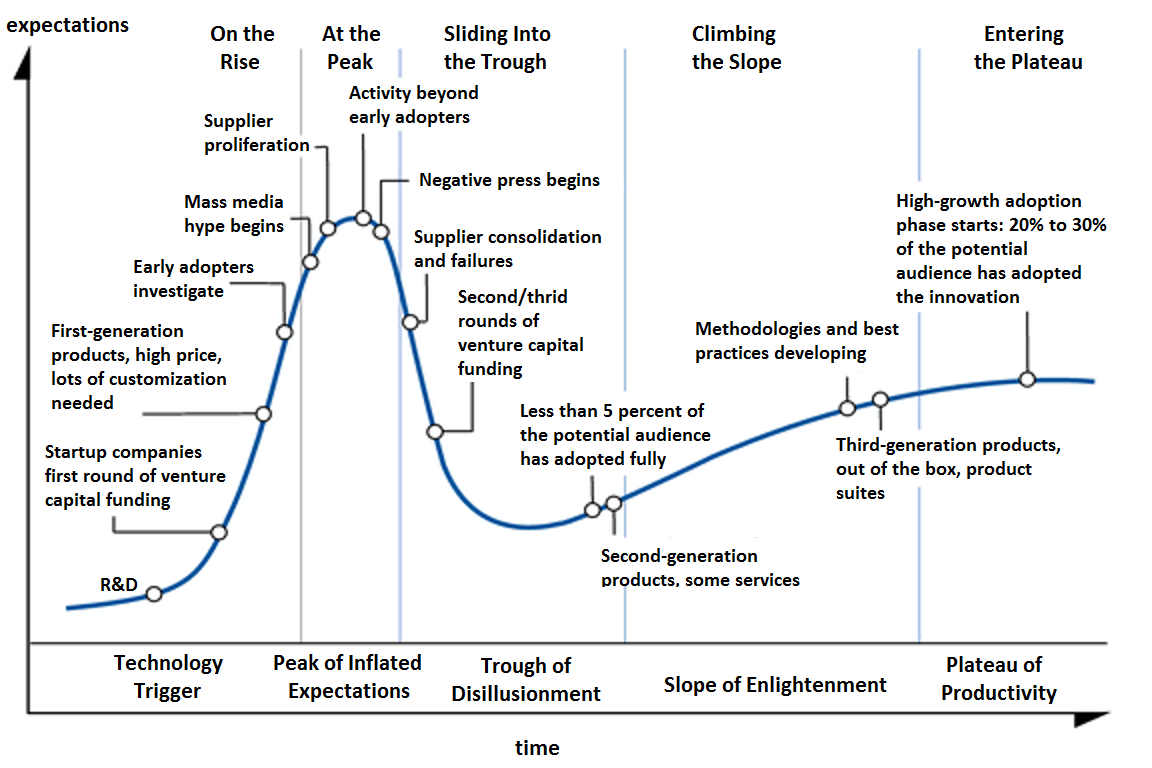 Electric cars are a tough technology to peg on the ‘hype curve’ as they were first introduced alongside combustion engine cars in the early 1900s. Along the way there have been a few false starts such as General Motors EV1 and other discontinued electric cars that have come and gone over the decades.

If we assume that Tesla, as a pure electric car company, is a good proxy of a company following the hype curve it appears that we are getting to the later stages. In the early days Tesla appeared destined for failure as the costs of their original roadster exceeded the original budget and the company struggled to meet deliveries on time. At one point the company’s CEO, Elon Musk, personally mortgaged his home to provide funding to keep the company afloat. Tesla has come through these dark days and now has a market valuation that rivals and in some cases exceeds many of the established automakers like Ford and GM. It appears that if Tesla’s original roadster and near bankruptcy in 2009 marked the ‘peak of inflated expectations’ and the ‘trough of disillusionment’ then Tesla (and electric car technology in general) should be entering the ‘slope of enlightenment’ as they are into their third generation of product with the upcoming launch of the mass production Model 3. With many other automakers entering the electric vehicle market, it appears that the beginning of the high growth adoption phase is just around the corner. 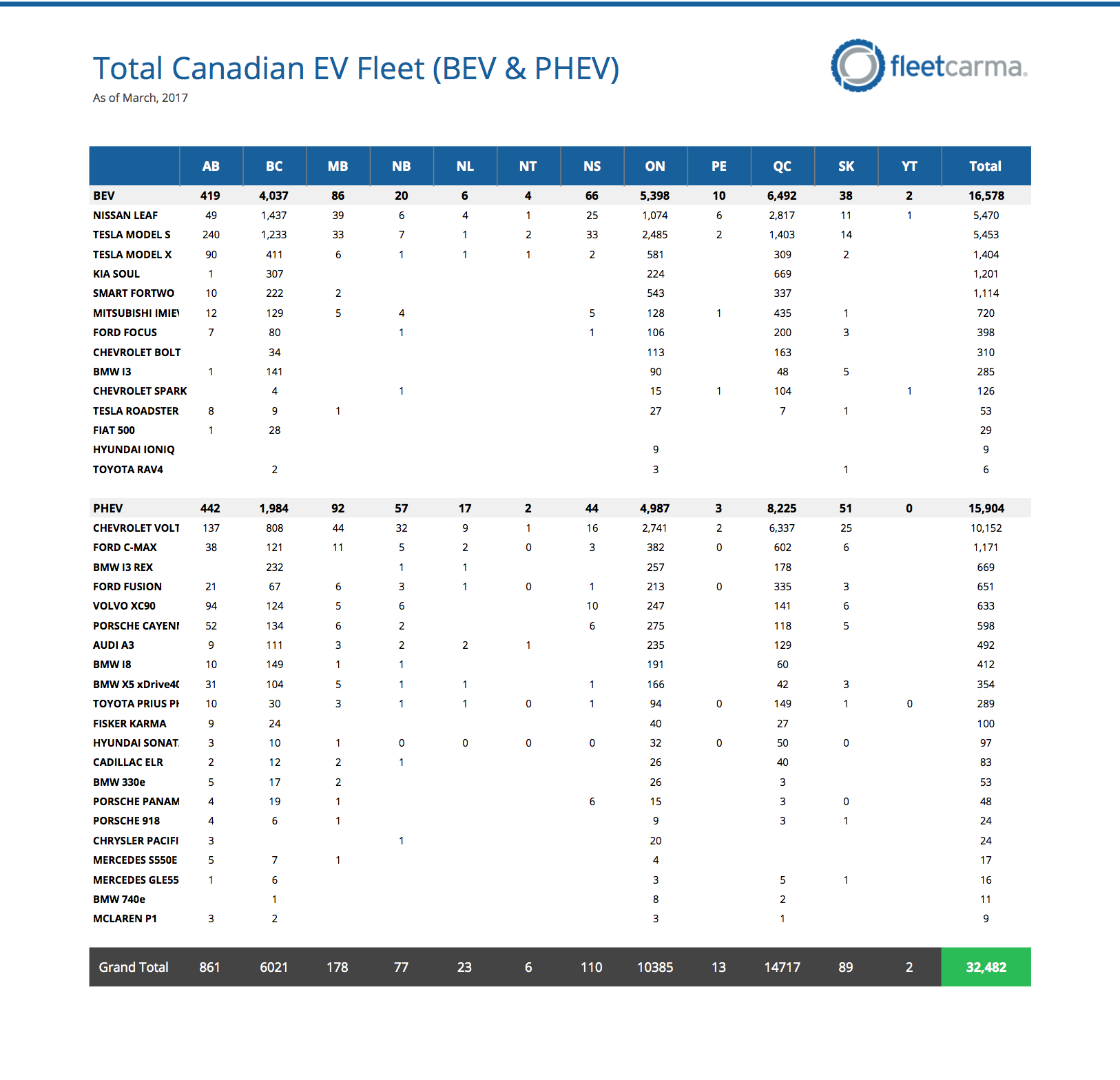