I recently finished reading a new book called ‘Inevitable’ by Kevin Kelly.  Mr. Kelly is one of the founding editors of Wired Magazine and a well-known author and commentator in the area of technology.  Inevitable was a fascinating read and fit well with my insatiable interest in all things relating to technology and predicting the future and how it all relates to the world of investing.

-Can anyone predict the future, especially when it relates to technology, with such confidence that they can describe anything as inevitable?

-If there are certain trends that are inevitable, do they translate into good investment opportunities?

The book touched on 12 themes that are described as ‘inevitable’ technologies or trends. I won’t get into all of them in this blog (there is an entire book on the topic, so if you are really interested go ahead and read the book) but a few themes are definitely worth discussing in more detail.

The chapter on artificial intelligence was both captivating and slightly disturbing. Artificial intelligence  programs have become so powerful that they can exceed the ability of a human at performing certain tasks.  Google has technology that can describe the contents of nearly any photograph as well as a human can.  Facebook has face recognition technology that can differentiate images of the faces of their billion users.  These technologies aren’t perfect, but they are rapidly improving.

Will artificial intelligence become so powerful that it will reach a point where humans will no longer be able to control it, as notable scientists like Stephen Hawking and Elon Musk predict?

Despite incorporating a self-driving ‘Autopilot’ feature into Tesla’s cars, Mr. Musk is actually opposed to the uncontrolled development of artificial intelligence due to the risk of it becoming so powerful that it goes awry.  Science fiction movies like the ‘Terminator’ series and ‘The Matrix’ trilogy portray futuristic worlds where powerful computer programs control or dominate human existence.  While this type of scenario is certainly the basis for a good storyline for a science fiction movie, it is tough to imagine this actually becoming a reality.  A more optimistic view of the future is a world where artificial intelligence becomes a benevolent helper that will only enhance human existence and make our lives better. 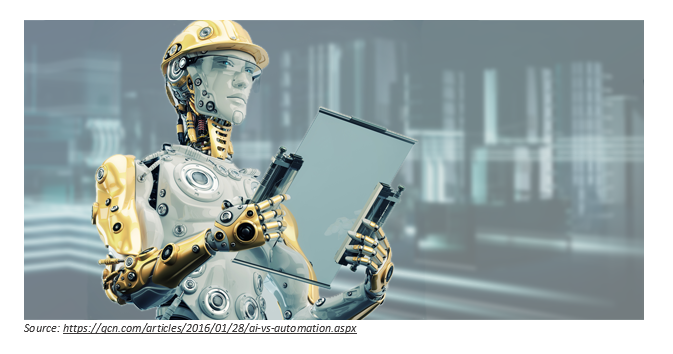 As artificial intelligence relates to the world of investing, will the stock markets be taken over by computer trading algorithms battling each other in an arms race of ever more sophisticated programs?

Or will human oversight always play a role in investment decisions?

The description of the artificial intelligence future in the book ‘Inevitable’ is a world where artificial intelligence is abundant, but exceeds human capabilities in areas that were once thought to be the exclusive domain of the human mind.  Mr. Kelly predicts that artificial intelligence will creep into areas like original art and musical composition.  We are already seeing early examples of computer generated original music and artwork.  If you were to see some of this type of artwork in person, you might not realize that it was created entirely by a computer.  The book predicts that this will cause an identity crisis among humans as their roles and value will be diminished. 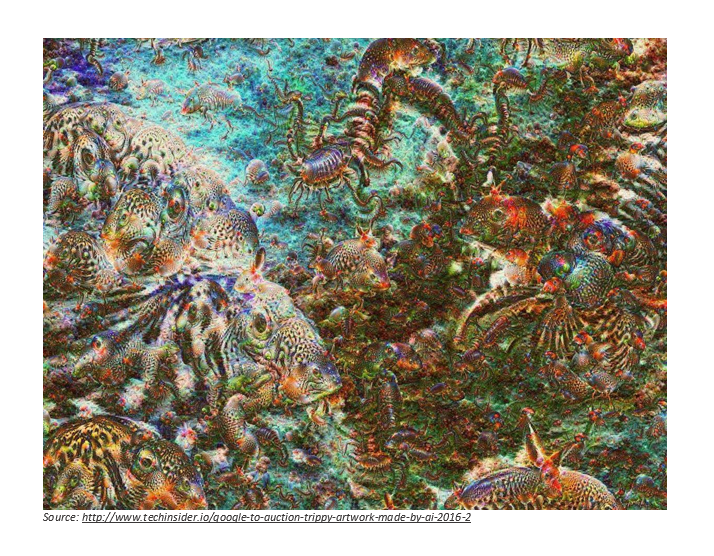 Think of how doing a google search has changed in the past 5 or 10 years.  In the past, the algorithms running Google didn’t have the capability to correct spelling mistakes, and the search results were often spotty.  The user would often have to scan through many pages of results to find what they were looking for.  Nowadays, if you are typing in a Google search it is likely that the search has already loaded the result that you are looking for, before you are finished typing and even if you have spelled half of the words wrong.

One landmark moment in artificial intelligence was when IBM’s chess computer ‘Deep Blue’ first beat the world chess champion, Garry Kasparov, in 1996.  Since then, chess computers have steadily improved and it is now routine for computer chess programs to beat the top players in the world.

Has human interest in playing chess diminished as a result?

One would think that there is little point in practicing a game where even the best player in the world will routinely lose to a computer.  In the years following this famous match, interest in chess among humans has actually increased and the number of participants in chess tournaments doubled in the decade following the famous Deep Blue vs. Kasparov match.

In fact, a new form of chess tournament has arisen, which is essentially a ‘no holds barred’ type of tournament where an entrant can be  a human chess master, a computer program or a combination of a human working with the aid of computer chess programs to help calculate their moves.  This seems almost akin to an Olympic game where the use of any type of performance enhancement is permitted.  Or at least a far nerdier UFC match, without any of the blood and violence.  In recent tournaments of this type, the winners have actually been human/computer combinations referred to as ‘Centaurs’.  The image of a half-human half-horse playing chess doesn’t totally fit, but it seems like a better name than cyborgs or some other techy type name.  The current world champion in this type of chess tournament is a team of chess masters that work together and use a variety of different chess programs to sort out the best moves.

Is this the future for humans?  Will we rely on our artificial intelligence programs for most decisions but overrule when their answers don’t make sense.

A computer programmed to play chess is described as a “single purpose AI”, as the computer’s skill is limited only to chess.  This type of AI isn’t going to rise up and take over the world, as it doesn’t even know that it is playing chess.  More open ended AI programs are being developed such as IBM’s Watson AI that beat the reigning jeopardy champions in 2011.  Playing the quiz show game Jeopardy is a far more open ended task than playing chess, as the questions and answers (or answers in the form of a questions as is the case in Jeopardy) can be from any category of knowledge, history or trivia.

Even though the Watson program was triumphant, it still came up with some goofy answers at times.  One famous glitch was when asked a question in the category of ‘US Cities’ Watson came up with the answer of ‘What is Toronto?’.  While to any North American with even a basic knowledge of geography this is obviously an incorrect answer, as Toronto is clearly not a major US city.  (To be fair to Watson, there are actually a half dozen towns and villages in the US named Toronto, but the largest is Toronto, Ohio with a population of around 5000 people and clearly not a major economic centre.) 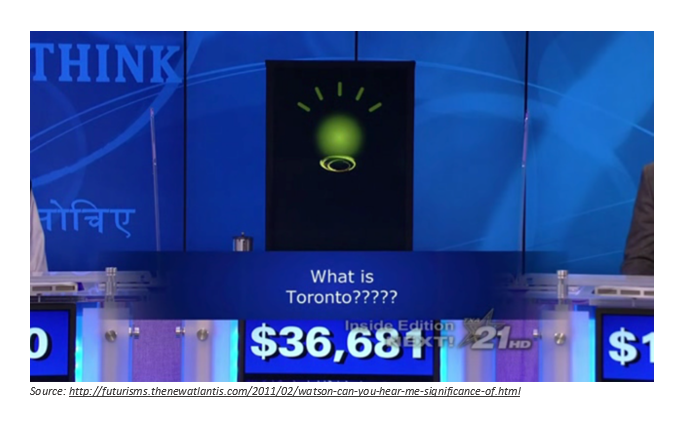 We have probably all experienced a time where a GPS navigation route has provided suspect directions.  Early versions of Apple maps were known to be prone to significant glitches that would have lead people to drive into swamps, down dead end roads and other such mishaps, if the driver had followed the directions without question.

While artificial intelligence will certainly improve over time in this regard, it is also an area where human input still has some value.  Our investment team has tested various stock screening tools; while they are helpful in identifying timely investment opportunities, they can on occasion come up with stocks that screen well, but don’t make sense.  Examples like Blockbuster Video or YellowPages surely looked like attractive investments from a purely analytical metric before their decline, but they have since been relegated to the history books of broken business models.  Blockbuster Video and YellowPages certainly had a good run and weren’t always ‘broken’, they simply failed to adapt in the face of disruptive technologies.  Could an AI program become intelligent enough to identify such trends from the information available?  Our goal is always to find the very best investment opportunities with the lowest risk and best reward potential, while avoiding these types of pitfalls.

An example that has yet to play out is the suggestion by a screening tool of Chorus Entertainment as a top pick.  Chorus Entertainment apparently looks attractive based solely on the current and trailing financial metrics.  However, Chorus is a company that runs broadcast TV and radio stations.  In a world where Netflix and YouTube continue to take over from traditional TV viewership and music streaming services like Apple Music, Spotify and Pandora are taking market share from broadcast radio, my view is that it is more likely Chorus will end up in the history books alongside YellowPages and Blockbuster.

Will the computer screening tool be right on this call or will my view that traditional broadcast media is a broken business model turn out to be correct?  Only time will tell.