Canada is about to hit the wall over CO2 emissions. Canada’s commitment to reduce by 290 million tonnes annually looks increasingly difficult to achieve. 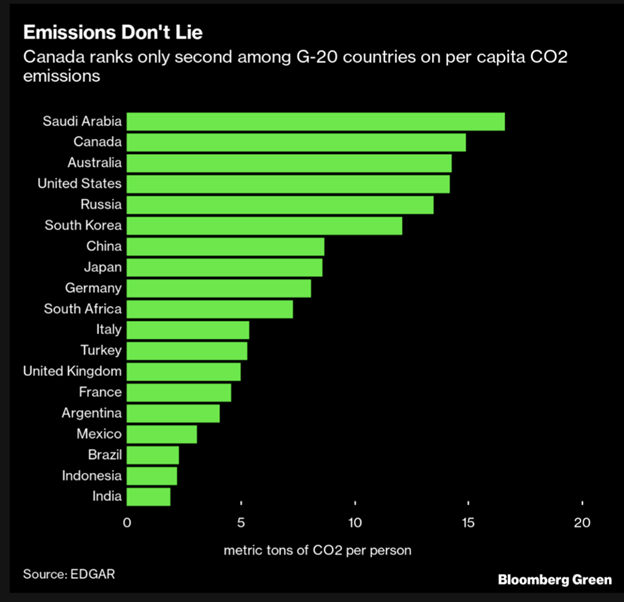 Canada is second only to Saudi Arabia in emissions of metric tons of CO2 per person, due to Canada’s status as a major producer of oil and gas. Other countries, like the Saudis, Russia and Australia, are there for similar reasons. The US, besides being the world’s largest producer of crude oil, is a major user of gasoline and diesel to run cars and light trucks, burning about 9 million barrels per day, about 9 percent of total world demand for crude oil!

Canada’s latest commitment on emissions was published in March 2022, with a stated target of a 40-45% reduction of emissions by 2030, from the 2005 level. Since this is only 7 years away, it is timely to review if this target can be met.

The 2030 Emissions Reduction Plan (2022) provides a roadmap to how Canada will meet its target, according to the government website.

And Canada also has the largest increase in emissions of the G7, mostly due to the expansion of oilsands extraction. 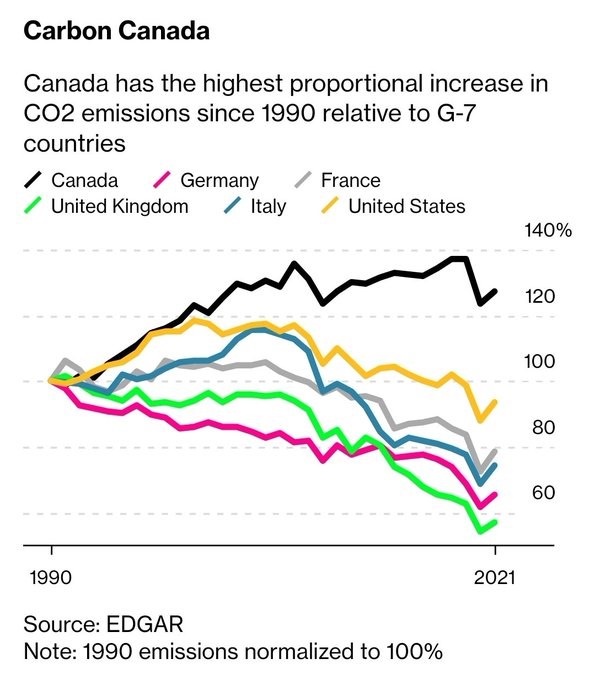 This chart breaks out the various categories, with the increase in the oilsands production as the biggest factor.

Industry is getting better at the intensity of emissions per barrel, with a 194 percent increase in production causing “only” 137 percent more emissions. The total amount of emissions from the oilsands is estimated at about 83 Mts. 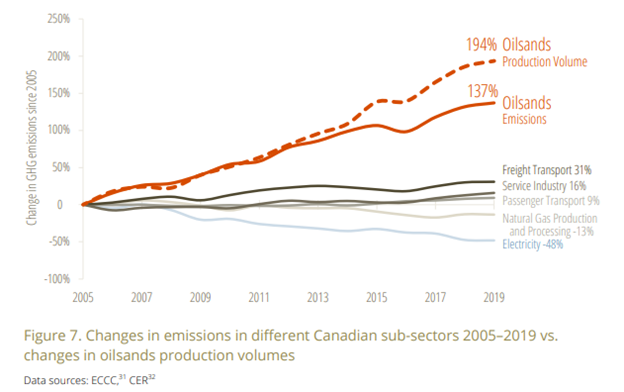 From Pemina.org “Getting on Track” March 2022 - the oilsands industry lobby group, Oil Sands Pathway to Net Zero, suggests reductions of 22 Mts by 2030 are possible.

Prime Minister Trudeau gave an interview to Bloomberg Green, where he outlined an unconvincing plan.

Trudeau says, “We put forward not just targets but a plan to reach those targets that included … a price on pollution.”

and “Canada is positioned to be the supplier of energy in a net-zero world. If the companies can cut emissions, then there is room to increase production.”

But the biggest challenge in reducing emissions by 40 percent is with oil and gas, and especially oilsands. Trudeau mentions Carbon Capture, Use and Storage (CCUS) and hydrogen for industry.

The Oil Sands Pathway wants $75 billion in subsidies to reduce emissions by 68 Mts by 2050. The technologies involved are not yet proven to work on a large scale.

And CCUS technology can reduce emissions by only 8 percent or 7 mts of oilsands production, according to Pembina Institute report “Getting on Track”.

So that does not add to anything like 290 Mts.

Emission reductions of 40 percent in Canada will be a daunting task. 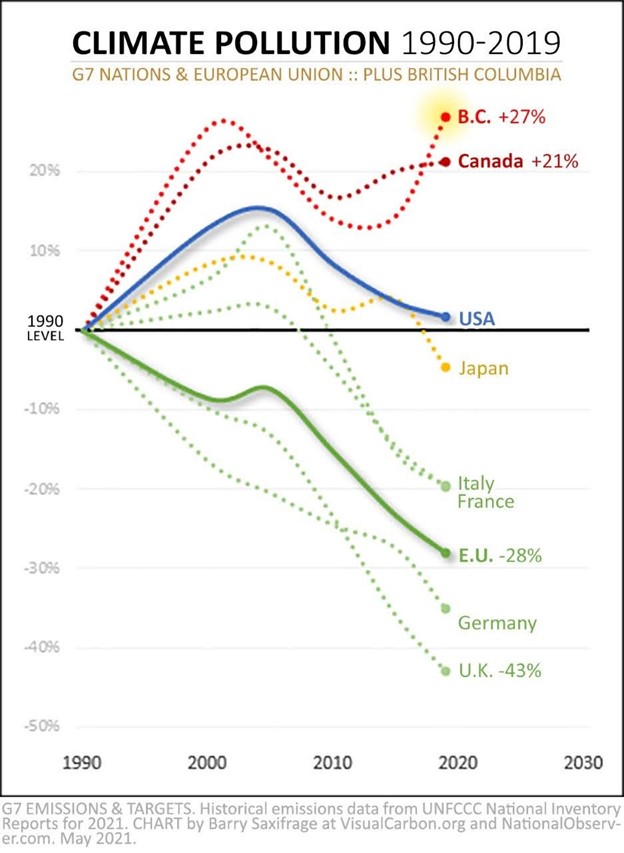