The U.S. dollar has been weak, which is one of the factors pushing gold higher and attracting more speculators to the metal.

I try to avoid visiting a topic too frequently. A Weekend Note on gold appeared April 3, 2020 which was written when gold was around $1,600 per ounce. But speculative and investment interest in gold continued to build over the last three months so a closer look at some of the factors that caused this is warranted. Those factors will either push this remarkable rally to even higher heights or the rally will fizzle out as has happened many times in the past.

First, the $2,000 benchmark is a new high in 2020 dollars but, inflation-adjusted, the $850 per ounce level reached in January 1980 is still the highest price record at the time of writing. Gold would have to trade at $2189 in 2020 dollars to match that historic pinnacle. So, a new high is only $189 away and probably will be surpassed in this run.

U.S. dollar weakness is a top reason cited when gold moves higher. To test the thesis here is a graph of the dollar index, against other currencies, during the 1977-1984 period.

Just eyeing the chart, it does appear that gold hit the 1980 peak during a multi-year period of dollar weakness that started in 1978 and ended a year after gold peaked. And the subsequent bear market in gold was during a period of dollar strength.

But there are other factors that could cause gold to rise in price.

Gold performs well when interest rates are low. The real yield on the US government bond is below zero today as the ten-year bond yields less than 0.60 percent while inflation, at least as measured by CPI, has been higher than 1 percent until recently.

Another positive for gold is its lack of correlation with alternatives. Gold tends to be negatively correlated with most other assets, especially in a crisis as we saw in March 2020. So, when stocks are falling, gold moves higher and makes an investor feel better.

Gold is sought by momentum traders and computerized trading algorithms which react to recent price movements. When stories are written about gold, they get more attention than stories about commodities like copper, iron ore and lead. If gold continues to move higher people jump on board making the rally a self-perpetuating bull market that can last for months or even years.

And there are those people, often called gold bugs, who see gold as the ultimate defense against the end-of-the-world scenario. These people, many of whom also have a year’s worth of food stored in an underground bunker, point out that gold has maintained its purchasing power throughout the centuries. This claim is verifiable by examining the stable relation between gold and the price of a loaf of bread. 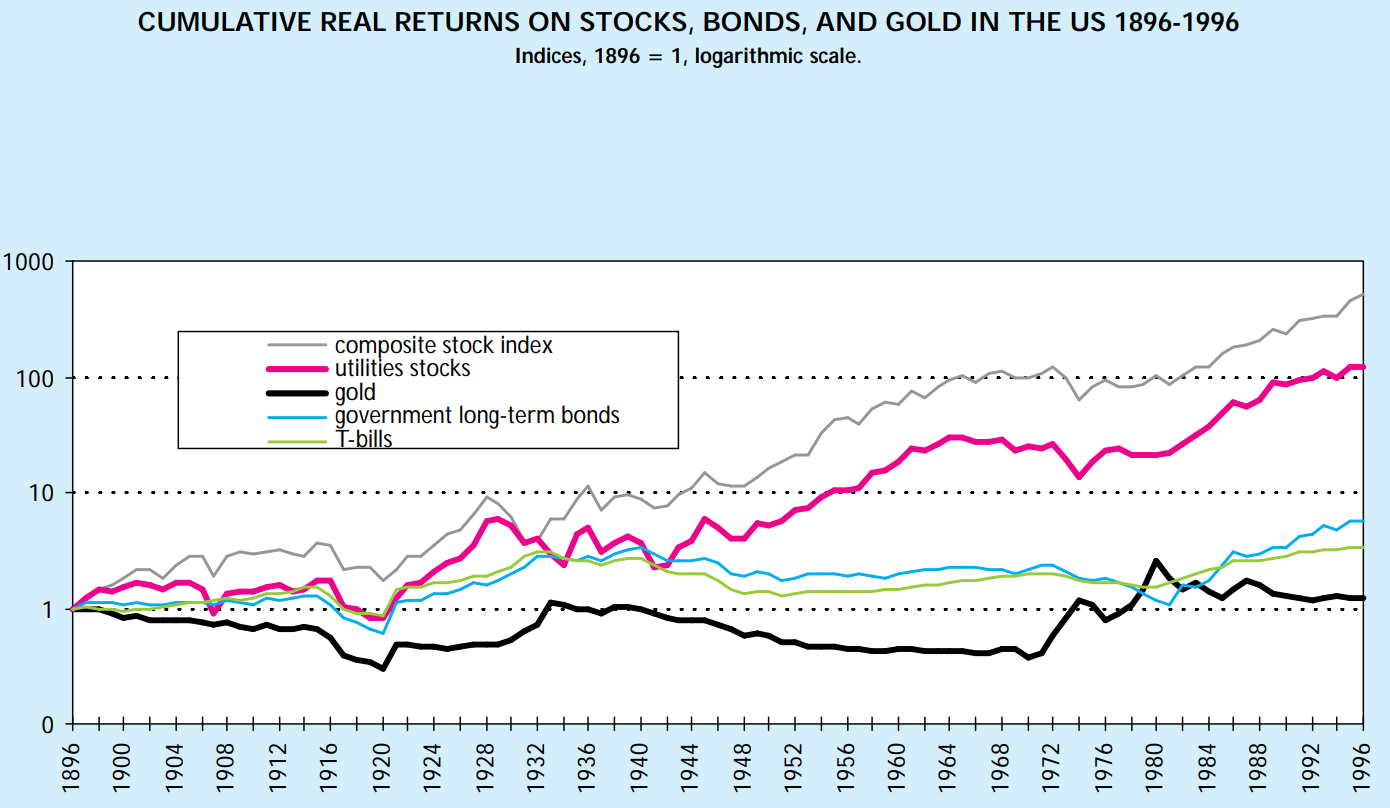 Gold has been effective as a hedge against rising prices, unlike fiat government money which tends to lose its value over time. But other assets like stocks, real estate and even bonds can do better than inflation.

From a study by Stephen Harmston, World Gold Council:

Gold investing, in my experience, is characterized by years of boredom and poor returns which are interrupted by brief periods of excitement, rapid price gains and large profits, but only if a trader sells.