January brings analyst predictions of where stock market indices will end that year. For 2019, the calls from analysts for the trajectory of the S&P/TSX, Canada’s main exchange, have mostly been positive. This comes after the index experienced a 12% drop in 2018, the worst since 2008. 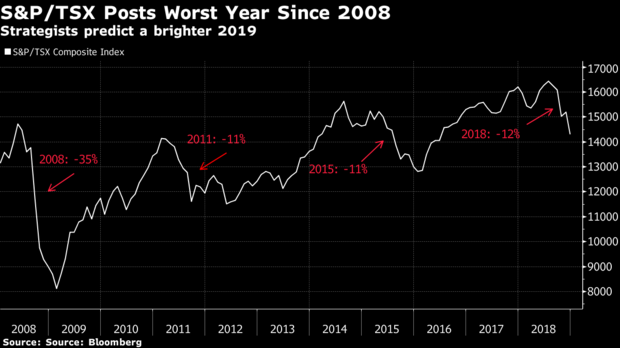 Sadiq Adatia, Chief Investment Officer at Sun Life Global Investments, sums up analysts’ rationale to why the Canadian stock market is a bargain: “If we get a major continuation of the selloff and we get into bear market territory, Canada might actually hold up relatively well because it hasn’t participated fully on the upside of this bull market.”

In other words, because the S&P/TSX hasn’t rallied to the same extent as the S&P 500 it’s more resistant to a selloff.

This logic is flawed. And as we examine the composition of the sectors in each index, we can see why:

Two sectors, Energy and Financials make up 49% of the S&P/TSX, based on market capitalization. While the top 5 companies in the S&P500 are all in the information technology sector, it is a more diversified index.

Canada does not have companies like Microsoft or Alphabet and instead the top 5 companies in the S&P/TSX are three domestic banks, an energy pipeline and a railway. CNR being in the top 5 is a byproduct of Canada’s pipeline deadlock and has participated in rail being the current best choice for crude oil and petrochemical transport.

Canada is too dependent on its only customer for oil and gas as the U.S. increases production and becomes a major exporter of crude oil. A looming U.S. oil independence is also a serious problem for Canadian producers. 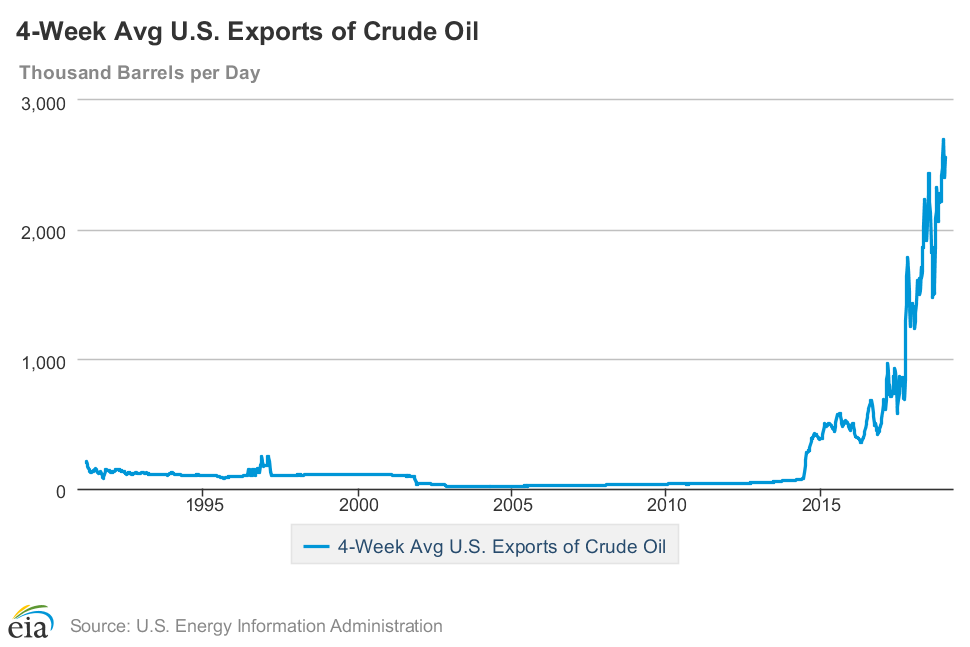 For reference, in 2017, Canada was the largest foreign supplier of crude oil to the U.S. and all 3.3 million barrels that Canada exported that year went to the U.S. As the chart above shows, U.S. exports are getting closer to surpassing Canadian import volumes.

The biggest sector in the S&P/TSX is financials, which includes domestic banks. Every bank in Canada derives most of its revenue from within Canada, the Bank of Nova Scotia having the lowest exposure at 51%. 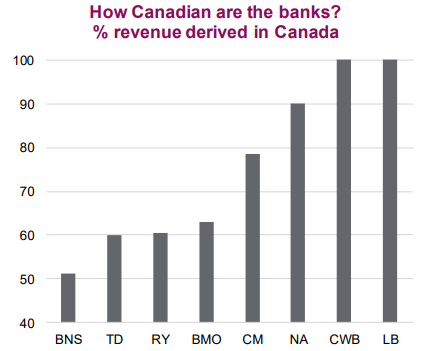 Many commentators in 2019 from Richardson GMP, Bloomberg, Better Dwelling and The Globe and Mail have examined the correction in Canadian real estate. While Hilliard MacBeth called this event in 2015 with his book When the Bubble Bursts, the housing correction is starting to impact areas that benefit Canadian financials, specifically slowing debt growth. 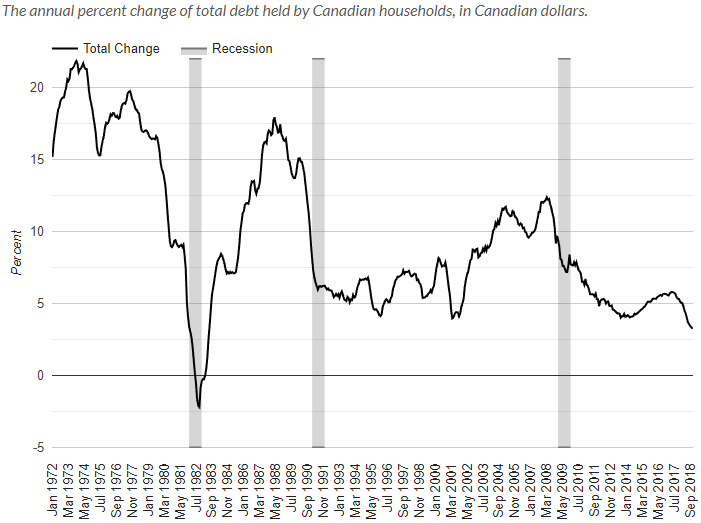 Debt is currently growing at the slowest pace since the 1982-83 recession, which brought Canada’s most catastrophic housing price drop. If mortgage loan growth goes negative, it will substantially reduce revenues which will translate into lower share prices for Canada’s domestic banks.

Canadian miners of precious metals present one interesting area of opportunity for investment. Two recent consolidations in the industry, the purchase of Randgold by Barrick and Goldcorp by Newmont, show that major participants are assessing value in this space. Plus, if inflation meaningfully hits the U.S. it will bolster the price of gold adding to the returns of companies that produce the metal.

2019 is an uncertain time for the largest components of the S&P/TSX and it is too early to start buying the Canadian stock market. Instead, speak with your investment advisor about the many opportunities that exist elsewhere in the world.