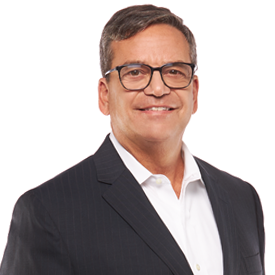 With more than 30 years of experience as an investment advisor, Charles can serve clients in British Columbia, Ontario, Nova Scotia and Quebec. He holds a Bachelor of Commerce, Finance from Concordia University.

Charles served his country in the Canadian Forces, retiring as a Major with the Canadian Decoration in 1994, and serving as the Honorary Colonel of the 2nd Field Regiment, Royal Canadian Artillery from 2008 to 2015.  Currently, Charles is President of the Maison Biéler foundation, an organization supporting homeless veterans and veterans experiencing housing instability. Charles is also on the Board Directors of Exporail, the Canadian Railroad Museum in Saint-Constant, a governor of "Les amis de la montagne", a not-for-profit organization safeguarding the heritage of Mount Royal, and was Honorary Chair of the Mount-Sinaï Car Rally fund raising event in 2012. He is a Director of the Artillery Association of Montreal and Westmount Battery, both organizations in support of verternas in the Montreal region. 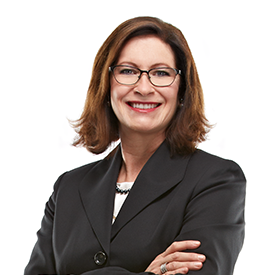 Elyse graduated from Université de Montréal’s Law Faculty in 1982 and was accepted at the Quebec Bar in 1983. She practiced in civil and commercial litigation as well as in corporate law for many years before volunteering with non-profit organizations. She was actively involved in organizing the important Canada Company Fleurons glorieux gala, a fundraising event benefiting Canadian military having served in Afghanistan.

She held the position of Development Manager with the VOBOC Foundation, whose mission is to support adolescents and young adults with their fight against cancer. She remains a volunteer with VOBOC.

Elyse chose to reorient her career and to join the de Kovachich Wealth Management Team where her role is to respond quickly and efficiently to the requests and needs of our clients. She is responsible for the administrative aspects of client accounts and ensures the overall functioning of our business. 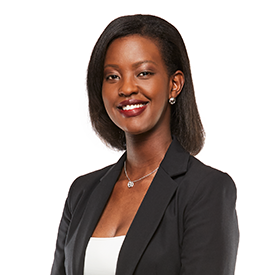 Ms. Uwase has over five years of administrative experience. She holds a Bachelor of Business Administration from the Université du Québec à Montréal. She acts as the contact person for all requests related to the administration of client accounts. Ms. Uwase is primarily responsible for ensuring excellent communication with our clients in a timely and effective manner. Always striving to exceed expectations, she creates monthly and annual client reports, maintains and updates schedules and incoming and outgoing correspondence, and coordinates activities within Kovachich's wealth management team.